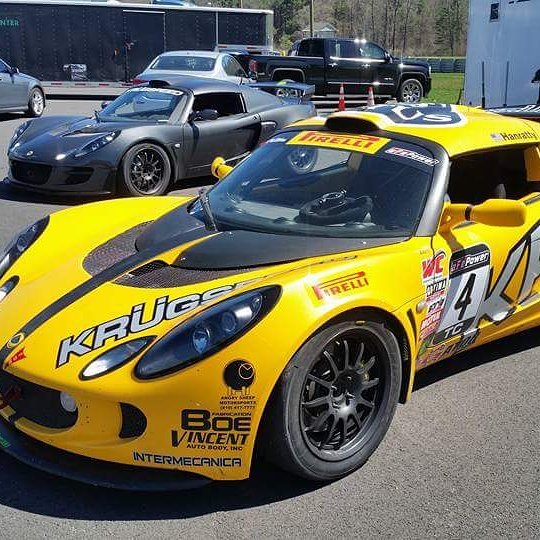 With the Pirelli World Challenge Touring Car Championship quickly approaching, driver Dennis Hanratty Jr. has been, no so patiently, waiting to get back behind the wheel. Hanratty had three starts in the 2016 PWC TC season and will run for the championship this season. Back with KRÜGSPEED Racing, he will be piloting the #4 Lotus Exige.

When teamed with KRÜGSPEED in 2016 Hanratty had three successful rounds coming at Canadian Tire Motorsports Park, Limerock Park, and Road America. With five top 10, two podiums and three front row starts in 2016, there is reason to believe that this season could be something special.

Hanratty has a long history in semi-professional motorsports, starting back in the late '90s. With many SCCA Majors races and wins, Hanratty decided that the time was right to turn pro last season.

With a bit of a common start in karting, Hanratty's journey since then has been anything but typical. In one of his career highlights, he won the first race he ever ran in a Formula 2000, in the rain. With plenty of experience in sports racers, he has been able to harness that driving style and find success with the Lotus Exige.

When behind the wheel, Dennis is one of the most competitive and fierce racecar drivers in American sports cars. Between an outstanding support system in his family and a passion that runs deep, he has been fortunate to advance to where he is. He credits much of his success to parents who've always supported his dreams, and he also wants to thank his wife, Jessica, and sons for being able to put up with his crazy racing life. Finally, he would like to thank Brad Hollinger, who has been able to assist him in making his racing dreams come to fruition.

"Dennis, overall, is one of the best people to know in the paddock. He is down to earth and works great with the entire team and turns up the intensity when he hits the track. Last season we were happy with the results and how he handled the learning curve to this type of car and believe that were ready for a challenge for the championship this season. Working with good people like Dennis and his family has been able to allow us to focus more on the racing part of a race weekend and less on the logistics," said Alex Krugman, owner and crew chief at KRÜGSPEED Racing.

The combination of his talents and fan-friendly persona has developed into a successful racing career. With experience ranging from Formula Continental to sports racer, he has found his way to the top. His biggest achievements have come in the form of two SCCA U.S Major's Northeastern Conference Championships. After his successes last season, there is much anticipation for 2017.

Dennis and KRÜGSPEED can be seen on track at the PWC TC season opener at Virginia International Speedway April 28-30.

Alongside Dennis will be up-and-coming driver Cameron Maugeri, a Florida-based sports car driver who will be moving up to the PWC this season. With plenty of experience behind the wheel of Ford Mustang's, Maugeri is looking forward to the challenges that come with the new season.

In 2016, teamed with KRUGSPEED, Maugeri was a pole sitter and runner-up at the SCCA Runoff's at Mid-Ohio. His driving style paired with a great team gave him a great opportunity at the win, but untimely events delegated him back to a second-place finish. Maugeri will be piloting the same car this season, the #72 Lotus Exige, nicknamed Secretariat. He is a 2013 Runoff's champion and will be looking for another championship this season.

After some offseason testing, the whole crew at KRUGSPEED is itching to get back to the track. Since last season, the crew has added new members and new equipment. With a new project in the works, KRUGSPEED has been spending every moment putting everything together to ensure the best possible program for the upcoming season.

Along with the new team members, there is also a new partner involved with KRUGSPEED: Lotus Racing. The Hethel, England-based factory has begun working with KRUGSPEED to provide some factory support and engineering to the team.

The overall outlook on the season is good; the cars are ready and better than ever. With five years of development on these cars, the team members said they believe that they are as ready as they have ever been.

The Lotus Exige is a lightweight, 4-cylinder, supercharged car that is more at home on a track than on the street. The mid-engine coupe has proven to be one of the most successful cars for the Lotus brand. The company, founded by legendary engineer Colin Chapman, has one of the deepest heritages in motorsports history. From Formula 1 championships behind Mario Andretti to the worldwide Lotus Cup, they've continued to deepen their involvement in racing.

As with every race season, KRUGSPEED is looking for a championship. But what is different about this season is that it's now looking beyond just this season. With success this season, KRUGSPEED is hoping to establish itself among the giants. They believe that, no matter the size, they will be able to battle alongside the biggest and most well-established teams in the American sports car racing. 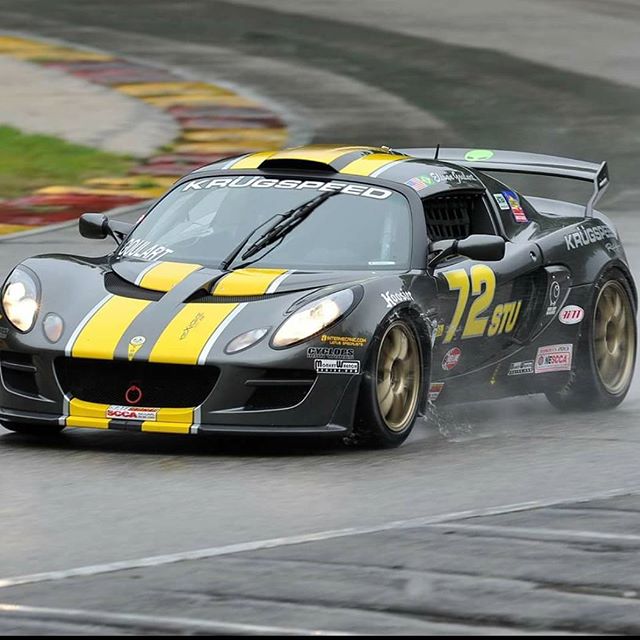