For more than 15 years now, millions of people (myself included) have watched Kiefer Sutherland give compelling television performances in "24," "Touch" and "Designated Survivor." He's made each role dynamic, for sure, but his characters are always brooding. They're never the life of the party.

On screen, that's never been a problem - especially in the case of Sutherland's iconic Jack Bauer on "24." The CTU superagent surely wasn't designed for confetti and cupcakes.

About a year ago, Sutherland's publicists announced he had recorded an album, and would be touring as a country artist. His show traveled to Niagara Falls this weekend, where Sutherland would perform inside the Bear's Den.

On stage Saturday night inside the 450-seat Niagara Falls showroom at Seneca Niagara Resort & Casino, Sutherland wouldn't be playing a character. And what's worked for him on camera certainly wouldn't fly with a live audience. 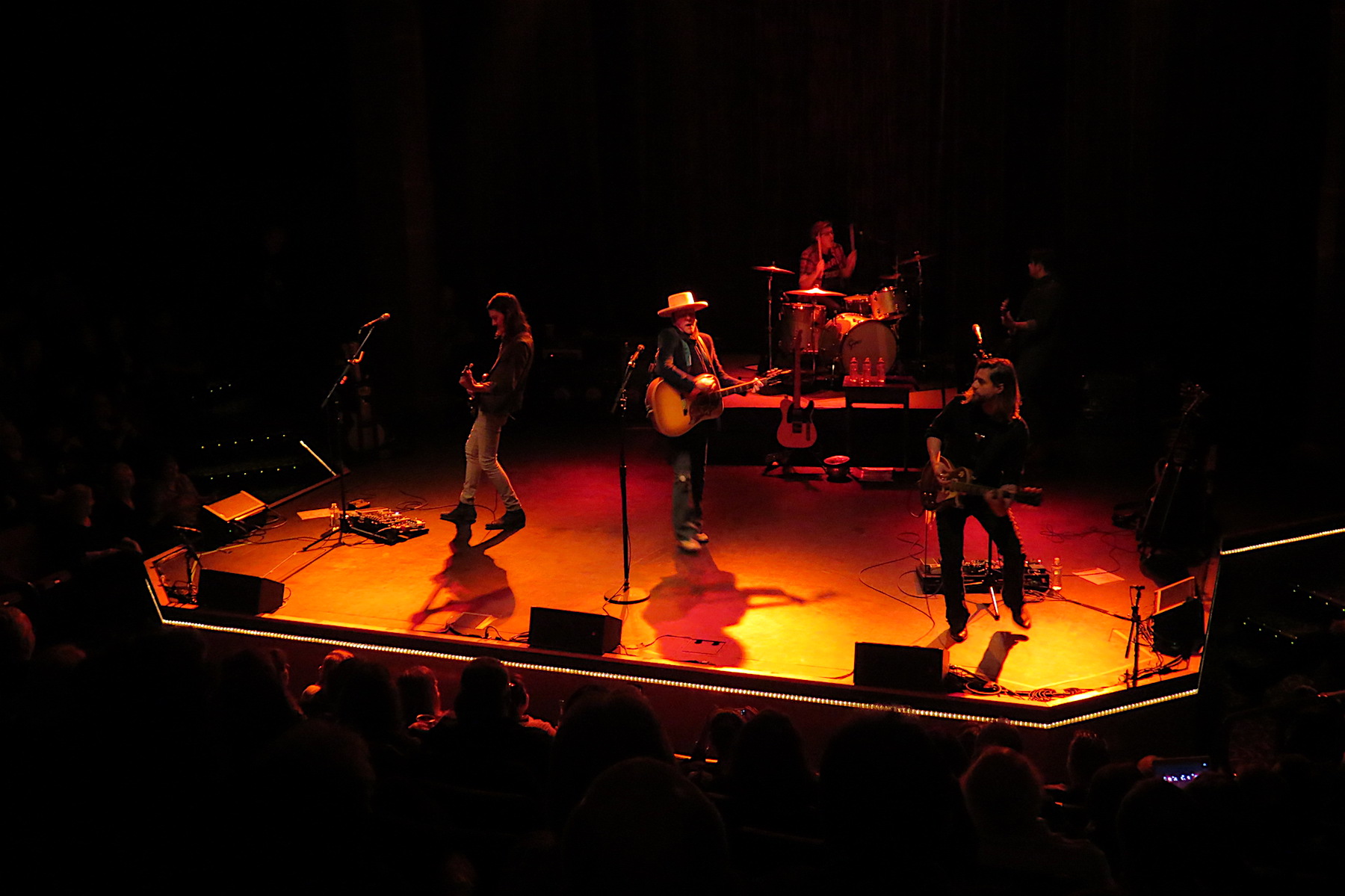 Kiefer Sutherland and his band on stage at Seneca Niagara. 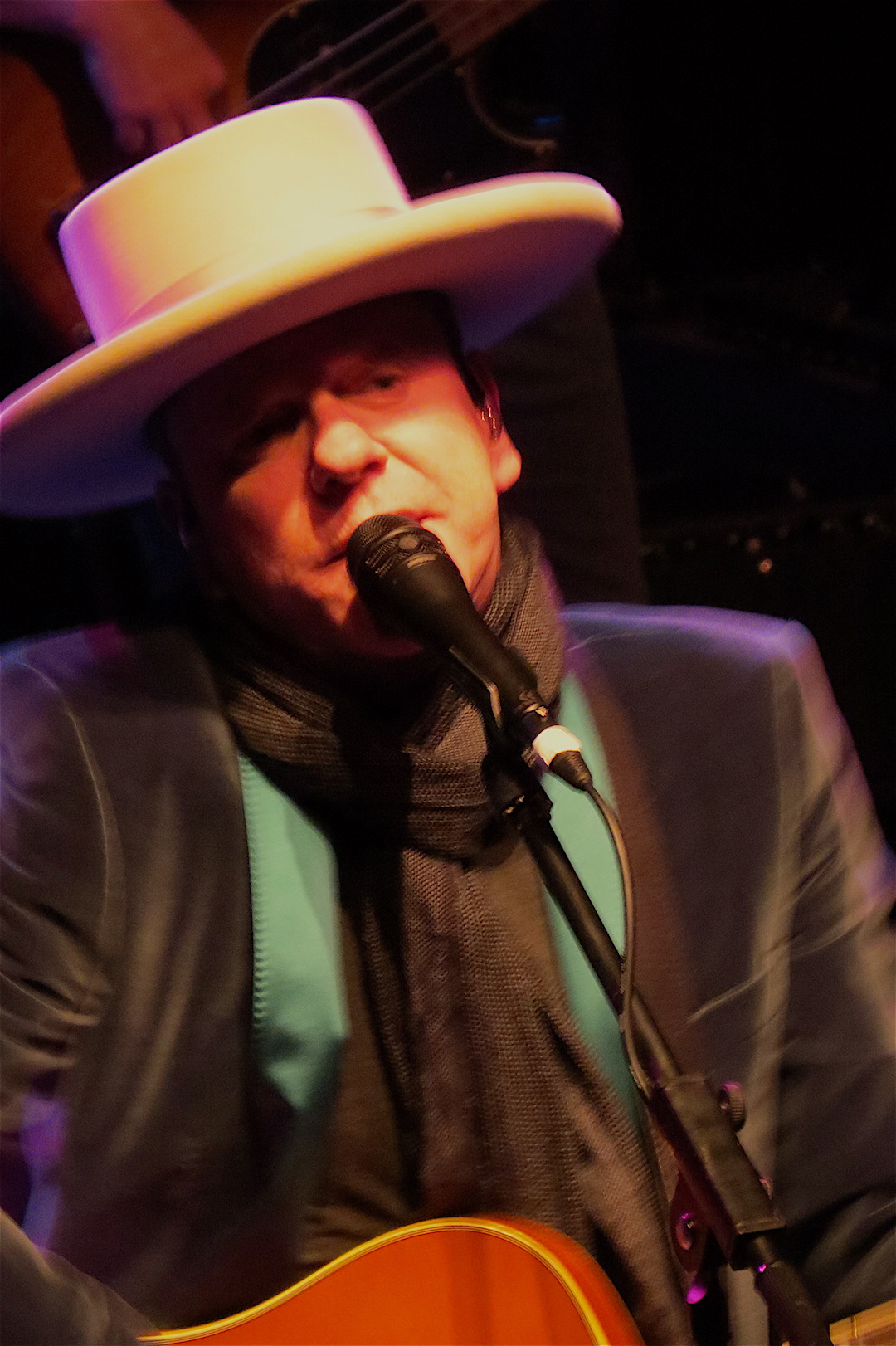 With no opening act, Sutherland and his band of four took the stage about 8:10 p.m. Perhaps because he's a famous actor, Sutherland didn't seem too excited about having his picture taken by a handful of print and digital media photographers. During the first three songs, harsh red and pink lights and a large cowboy hat made it difficult to see (or shoot) Sutherland's face.

As soon as the three songs ended, and the cameras closed, the hat came flying off, the lighting was more flattering, and Sutherland started to warm to the crowd.

He thanked the nearly capacity crowd for its time. Sutherland said he was grateful that people would venture out to hear 15 songs from his 2016 release, "Down in a Hole," for likely the very first time.

As Sutherland began to perform the album's first single, "Not Enough Whiskey," he didn't have the ideal mix in his speakers. Taking a page from Adele's recent Grammy Awards faux pas, and deftly avoiding a repeat of Mariah Carey's New Year's Eve technical debacle, Sutherland called a timeout. He asked for a restart.

The audience had no problem with the redo, and the do-over actually seemed to make Sutherland even more comfortable on stage.

The artist was mobile as he aptly played guitar and sang his own tunes. As the Bear's Den is an intimate room, occasional audience catcalls were loud and clear. Sutherland initially ignored the commentary, no doubt calling upon his stage training, but did respond to a "Free Bird" request.

"I'm going to do that one of these nights, and you're all going to regret it," he quipped as the audience chuckled.

Sutherland explained many of his songs are about drinking. He's not sure why, but he sort of explained that comes with the territory. Those songs leaned more toward country-folk.

The second half of the set was more on country rock or just plain rock side of the musical dial. Sutherland paid tribute to the late Merle Haggard, whom he had met about a month before the country great passed last spring. He performed Haggard's "The Bottle Let Me Down."

Sutherland said his song "Shirley Jean" was inspired by Johnny Cash, and Cash's work to humanize those imprisoned. (Sutherland shared that he, too, had been incarcerated.) The more charged-up "All She Wrote" was a "scary" song Sutherland said he penned while feeling especially upbeat (he said he couldn't understand how either happened).

"Calling Out Your Name," another original song, was written, Sutherland said, to bring closure to a relationship that ended about 30 years ago.

He closed his first set with "Down in a Hole," a song he said was dedicated to friends of his who weren't so lucky in life. Sutherland said it was his hope future generations would hear the song and use better judgment in life. 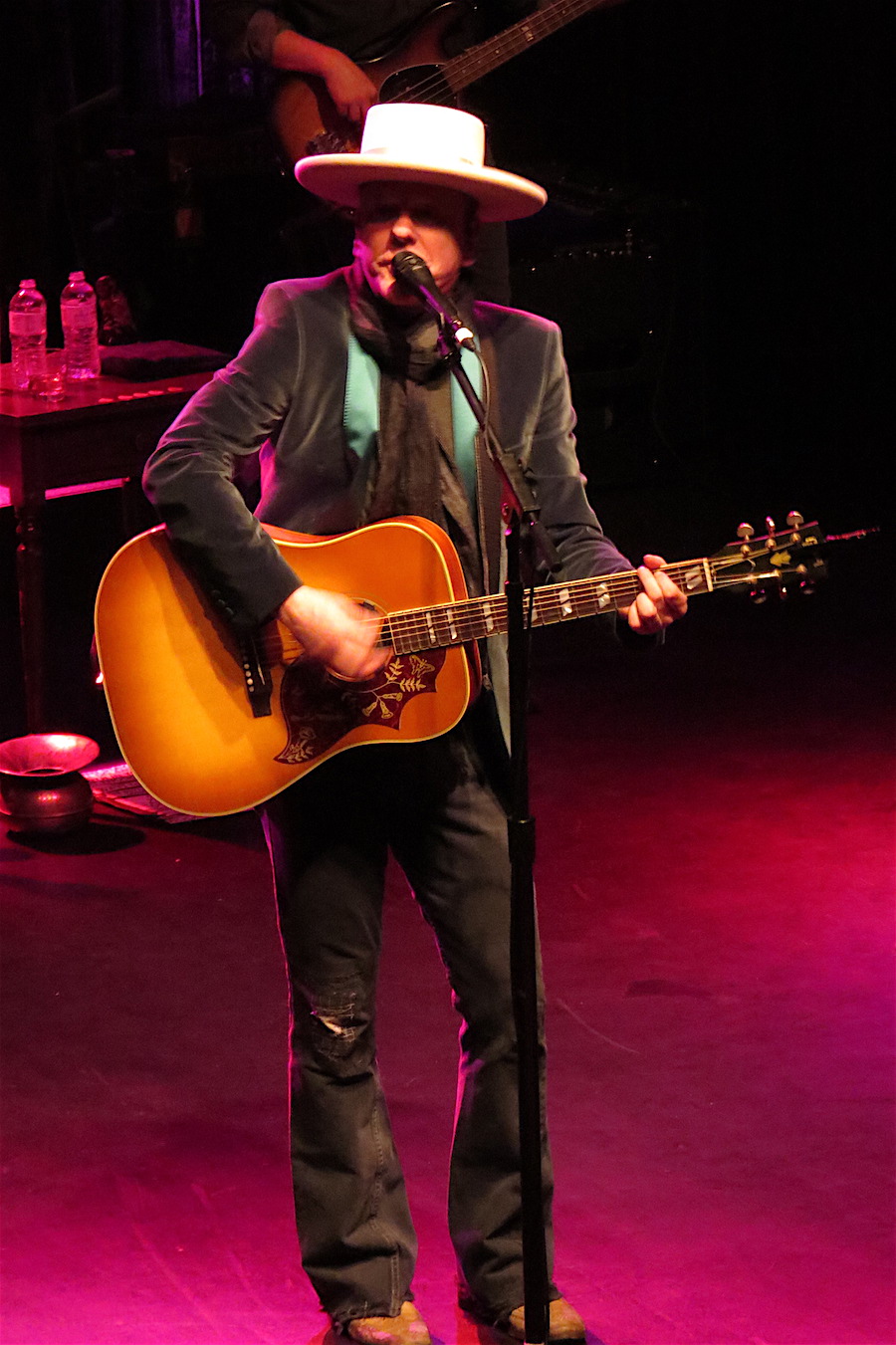 The artist was only off stage for a few moments before returning for what originally seemed like an encore, but, at 30 minutes, was actually almost a whole second set.

Sutherland mentioned his upbringing east of Toronto, and performed a song by famed Canadian Gordon Lightfoot ("Sundown"). He also shared touching stories about working with a struggling soldier, and spending three special months as a young child with his eccentric, famous, cool dad, actor Donald Sutherland, right after his parents split.

Reminiscing of driving to school in a Ferrari, Sutherland closed his concert with a cover of Bob Dylan's "Knockin' on Heaven's Door."

Undoubtedly, some people came to see Sutherland out of curiosity. Ultimately, he proved he's a capable performer - and more personable than his TV characters.

His whiskey voice could've been louder in the speakers, but what we did hear was legitimate and of quality. Sutherland's guitar playing is even better, and he held his own with the band, which was comprised of three string-pluckers, and a drummer wearing a black "D.A.R.E." T-shirt under a red flannel shirt.

If one were to say, "Come and see Kiefer Sutherland do x," crowds would number in the thousands. And yet, over the past year, Sutherland's cross-country tour has taken him to smaller venues. It would seem he's most content being a bar rocker - that he wouldn't be as comfortable performing in a larger venue ... or too far from his whiskey. He's just a dude playing a guitar and sharing stories of life and heartache.

If there's one area Sutherland can improve upon, it's that aforementioned stage training. He initially seemed resistant to breaking that fourth wall early on, and didn't lose his stride when audience members offered comment.

In smaller venues, or at bars, it's more common for a musician to banter back and forth with the audience - no matter how ridiculous or distracting the initial remarks might be.

Some of the best non-musical moments of the night were right before Sutherland wrapped things up. He walked to the edge of the stage and gave a middle-aged woman a kiss on the cheek. Shortly thereafter, when an audience member said Kiefer's a good guy, Sutherland smiled and said, "Ooooh, there is a long discussion. But thank you very much."

Actors doubling as musicians will always draw skepticism and more than a few rolling eyes. But more and more artists are doing both - and reasonably well.

Kiefer Sutherland has established himself as one of the finest television actors of this generation. While he's not quite to that level as a recording artist, he's certainly a formidable musician - and well worth the price of admission.

It's definitely worth a trip to watch him perform at these intimate venues, whether he's performing his own songs or covering the musical greats. 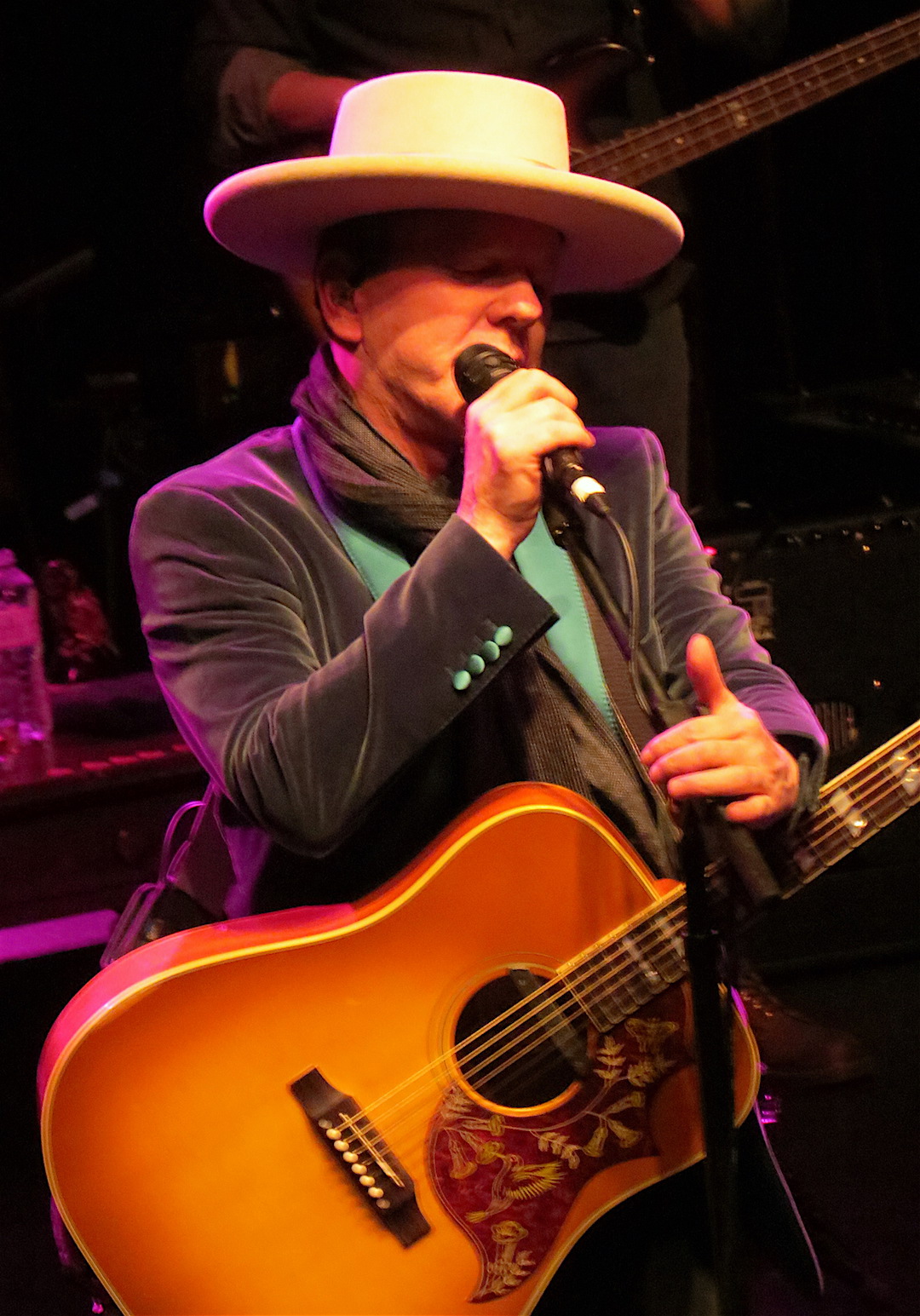 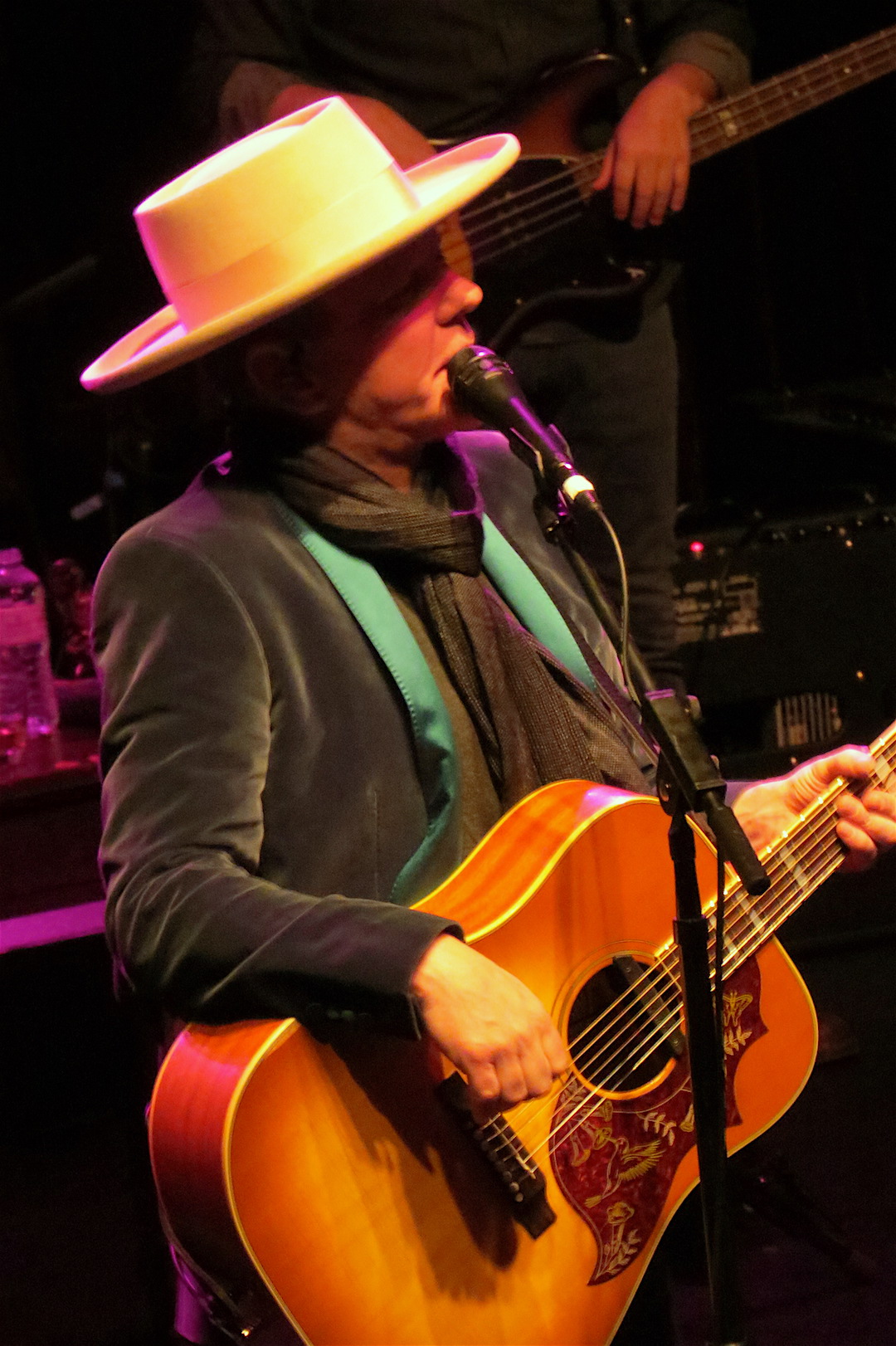 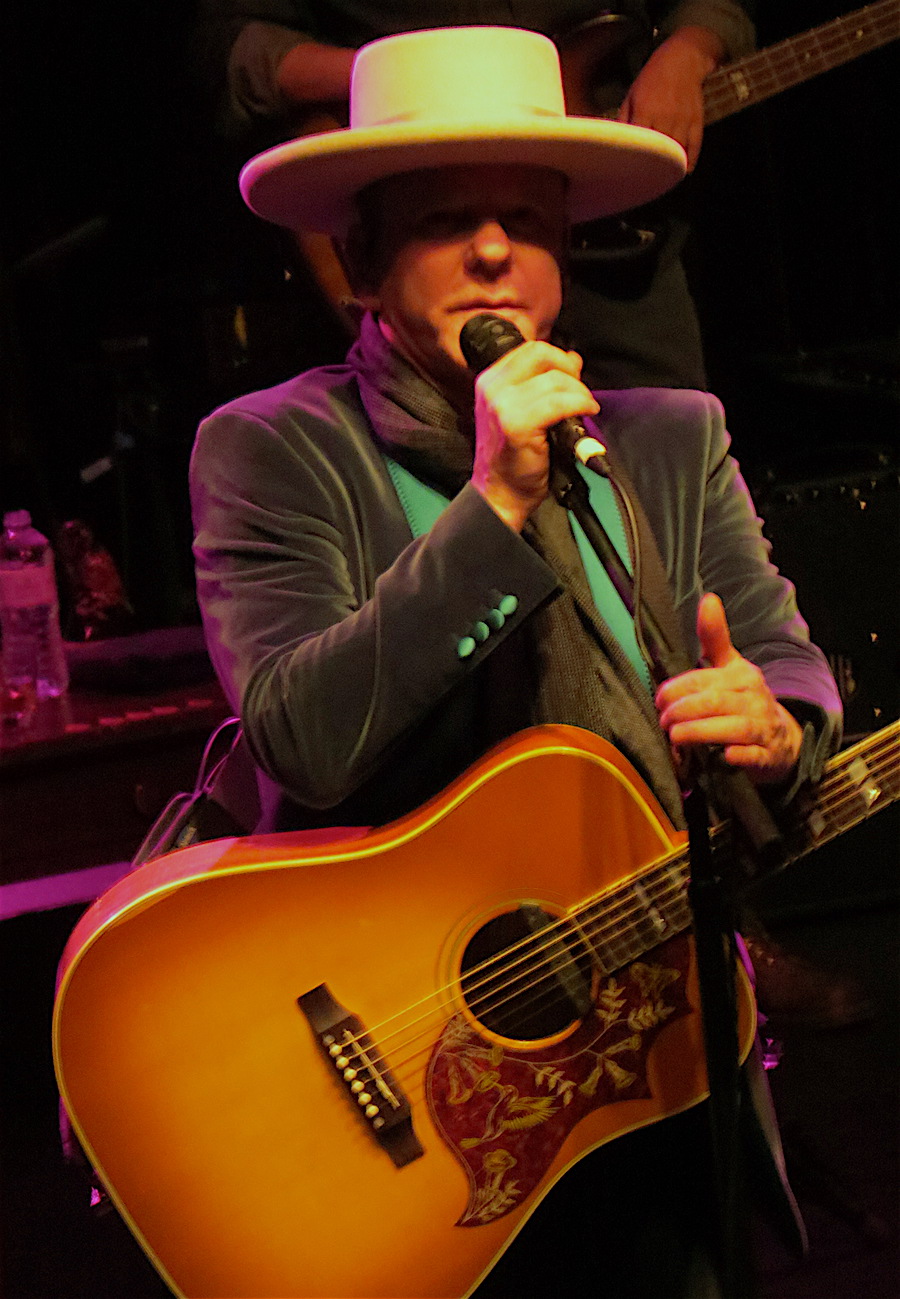 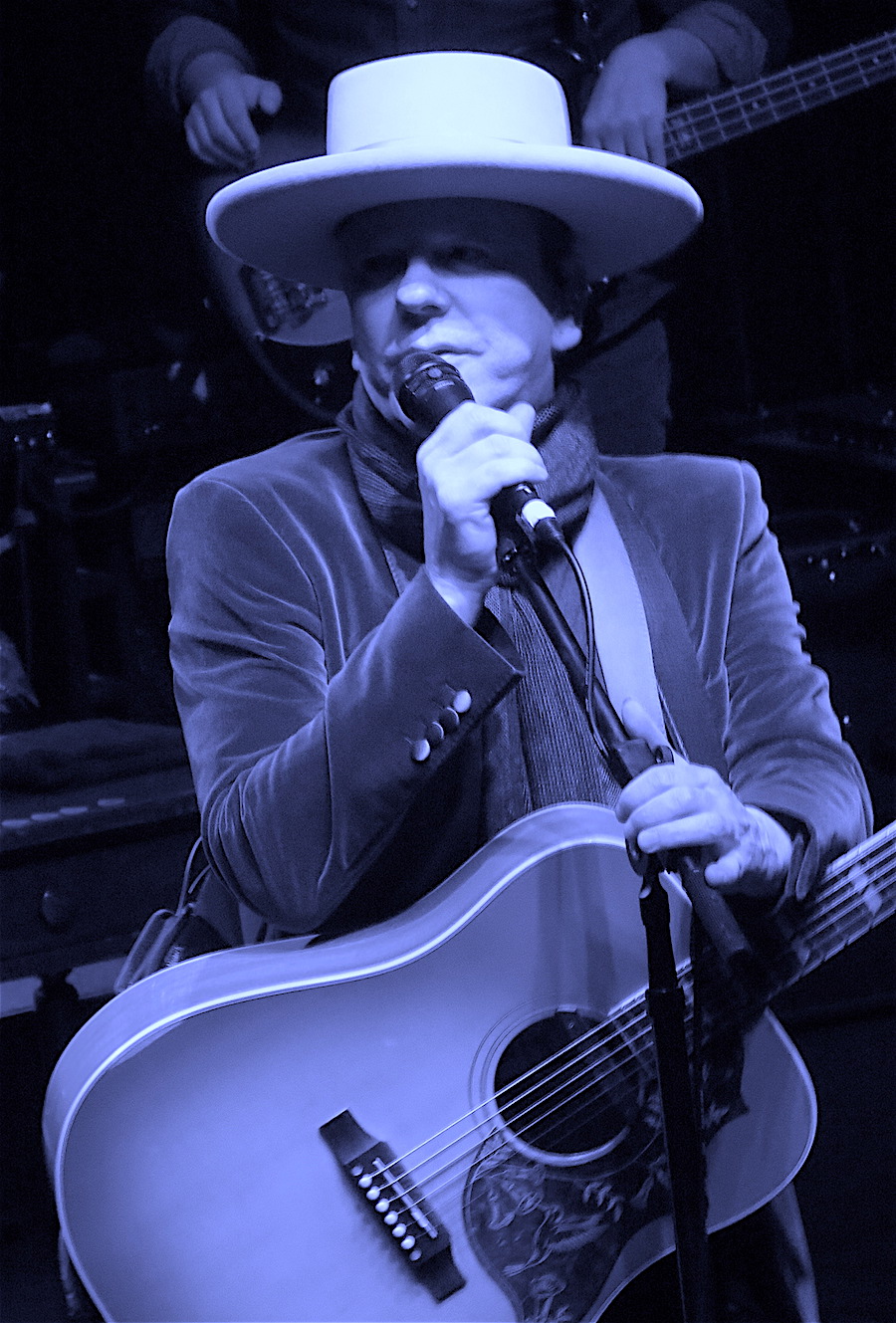