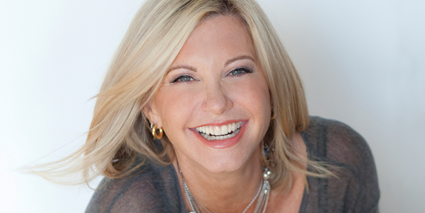 "You loved Olivia Newton-John," my mother tells me. "You just loved her."

As the story goes, it was somewhere around 1981-82, and Newton-John had just released a video for "Physical." There in my parents' living room, I would dance around in my walker when Newton-John appeared on screen.

"You were mesmerized," I'm told, and would walk, or roll, I guess, to the TV, where I would put my palm on the screen. Mom thought is was just a harmless workout video, I suppose. Little did we know it was otherwise.

When I was in the 11th grade, a good friend of mine starred as Sandy in a Niagara Catholic musical, and "Grease" was the word. Some 20 viewings later, I still haven't grown tired of doing the hand jive, baby.

To say I'm a fan of Newton-John is an understatement.

But then, this story isn't about me.

In fact, if you ask Newton-John, it's not about her, either.

It is the tale of an iconic performer who has chosen to use her star power to help others.

Recently, Newton-John released the official "Let's Get Physical" T-shirt, with proceeds to benefit the Olivia Newton-John Cancer Wellness and Research Centre. ONJCWC, its website reads, integrates comprehensive cancer treatment with research and a focus on wellness.

In the fall, Newton-John will release a new album, titled "LIV ON." The collaboration with Grammy Award nominee Beth Nielsen Chapman and SOCAN Award-winner Amy Sky is designed "to create songs with a message of compassion and hope," Newton-John said. "They are for anyone facing a time of challenge in their life, whether it is grieving a loss - or on the journey to health and recovery."

Newton-John is also giving back to her fans, in the form of a greatest hits tour. She is currently in residency at the Flamingo Las Vegas - the site of her 2014 live recording, "Summer Nights: Live in Las Vegas." The album, like the show, features current renditions of hit songs "Physical," "I Honestly Love You" and "Let Me Be There," as well as "Grease" staples "Summer Nights," "Hopelessly Devoted," "Sandra Dee" and "You're the One That I Want."

On Saturday, Newton-John will travel to Niagara Falls, where she will headline an 8 p.m. concert inside the Seneca Niagara Resort & Casino's Seneca Event Center.

We chatted Tuesday about the gig, her charitable endeavors, and how Newton-John looks upon a career that has generated record sales surpassing 100 million, as well as four Grammys, a Golden Globe nomination, a Daytime Emmy, and a place in the hearts of millions of fans around the world. 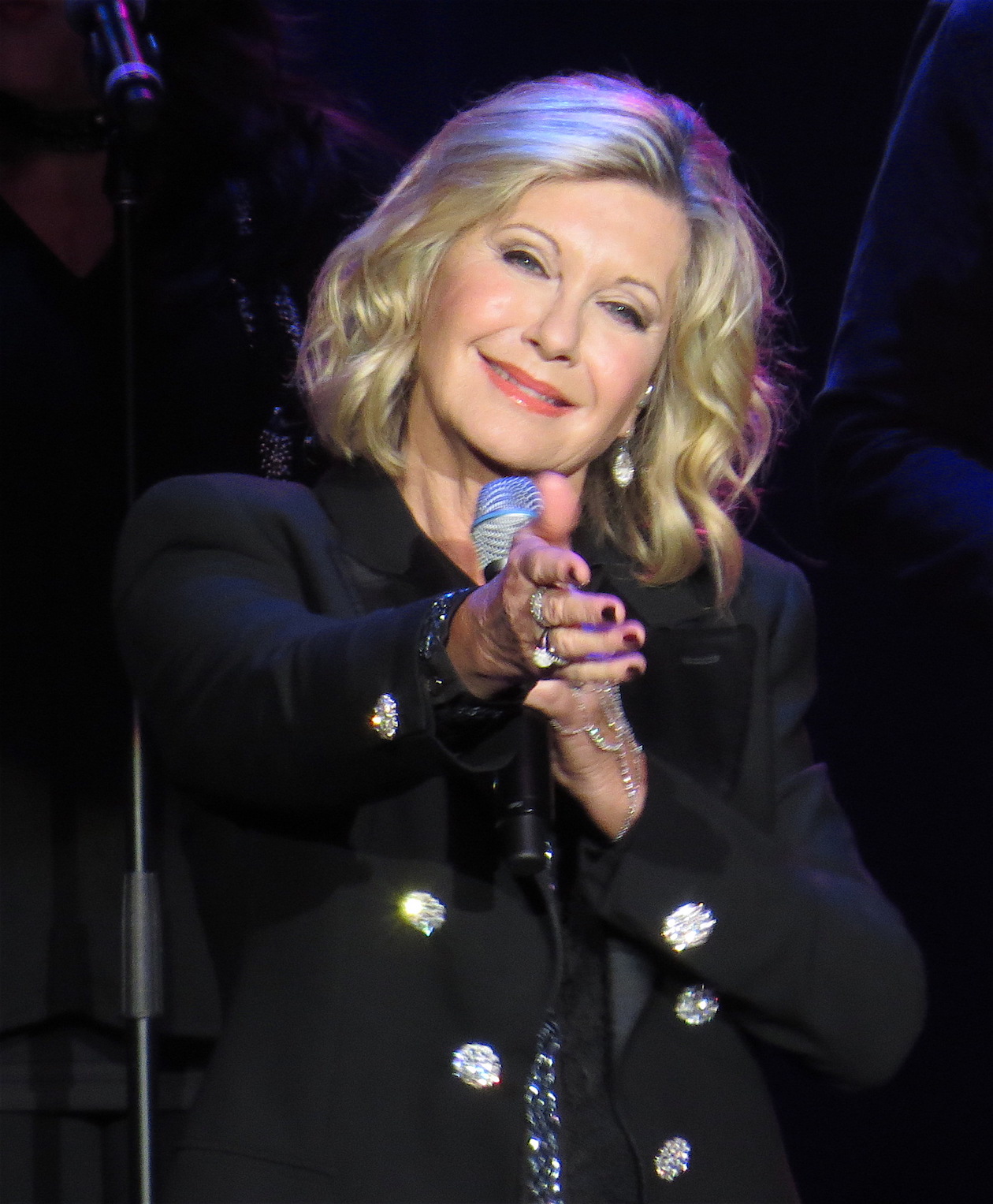 JM: Your live Las Vegas CD has earned rave reviews from fans on iTunes. What can you tell me about your time in Las Vegas, and what excited you about making a live record?

Olivia Newton-John: Las Vegas has been fabulous. I didn't know what to expect when I first went there. My intention was to be there for one year only, and I'm just going to be completing my third year (laughs), in December, because I have really enjoyed the experience. I like the stage, and the sound is the same every night.

I'm in one place. I'm sleeping in one bed. It's a normal life - you get to have a life when you're working there. Which, when you're on the road, you're constantly moving. Which is also fun, and it's an adventure to go to different places. But there's something really lovely about having a lifestyle, which I do have in Las Vegas. I rent a house and have my animals here - and my husband, of course, with my animals. And see people and go out in the daytime and not have to be on a plane. So, I really enjoy that. And the audiences have been fantastic. So, all in all, it's been great.

JM: You've had so many hits, what do you like about performing them today, and what kind of reaction do you get from fans these days?

Olivia Newton-John: Well, the fans that come are generally - a lot of them are longtime fans and have loved my music. And they're singing along in the audience, because I can see them (laughs). I try to do - I do my biggest hits each show, because that's what's expected of me. Plus some new ones, of course. But I do the ones that they'll expect.

And they get a great reaction, because the people that come, they're not new people. They're people that know and love my music. So that's wonderful. I feel very fortunate that, after all these years, it's still happening.

JM: Tell me more about your live show. It seems like it's focused more on your talent than a whole lot of bells and whistles.

Olivia Newton-John: Yeah, no, there's no bells and whistles - there might be a few whistles here and there (laughs), or cowbell or something. But, no, it's really about my music, and that's how I explain (it) when I say "Hello," is that I'm going to take you on a journey through my music, which is what it is. And I've had over 40 music recordings, so I take people through my country music into the movie music and songs in between, and my rock 'n' roll era, and my (early years). It's a journey, and it's kind of a journey of my life through my songs.

JM: Something very exciting, obviously: You have a new album set to arrive in the fall. What can you say about "LIV ON"?

Olivia Newton-John: The "LIV ON" album has been a work of love with my two friends, Beth Nielsen Chapman and Amy Sky. Amy, you're actually familiar with, because she's a Canadian girl, of course, right!?! And Beth Nielsen Chapman is an amazing singer/songwriter from Nashville who's written many hits and is an incredible singer and songwriter.

So, the three of us, who have been friends for a long time, through a series of circumstances, started talking about the fact that there is a need for an album that helps people with healing. I mean, I had recorded "Grace and Gratitude." ... I worked with Amy. She produced my "Grace and Gratitude" album. And we were working on something together and I said to her, "Wouldn't it be lovely to do an album of songs?"

What had happened was my sister died three years ago, and I asked Amy if she would help me write this song for my sister, and then make a little record. But just for her friends. And ... everybody wanted a copy of it. And it got me thinking that music is such a healer, and that's how I've always healed myself. Wouldn't it be wonderful do to an album like that, to help people move forward and heal?

And Beth was a good friend of ours who wrote this amazing song called "Sand and Water" after her husband died of cancer. So we asked her to join up, if she would be interested in joining us, and create a trio, and write an album together. And she loved the idea. And we had the most healing and wonderful experience together. Amy had just lost her mother; I had lost my sister; Beth had lost her husband the year before, but, certainly, that never goes away.

So, we wrote this album. And I'm really, really excited about it. It's a beautiful grouping of songs. A few of these songs have been hits for us, individually, and then we wrote a whole bunch together. And the title of it, "LIV ON," is a wonderful song that is about moving forward through stress and grief, and finding life afterwards. So, it's a very positive album - and a healing album. And I'm very excited to be promoting it with them. 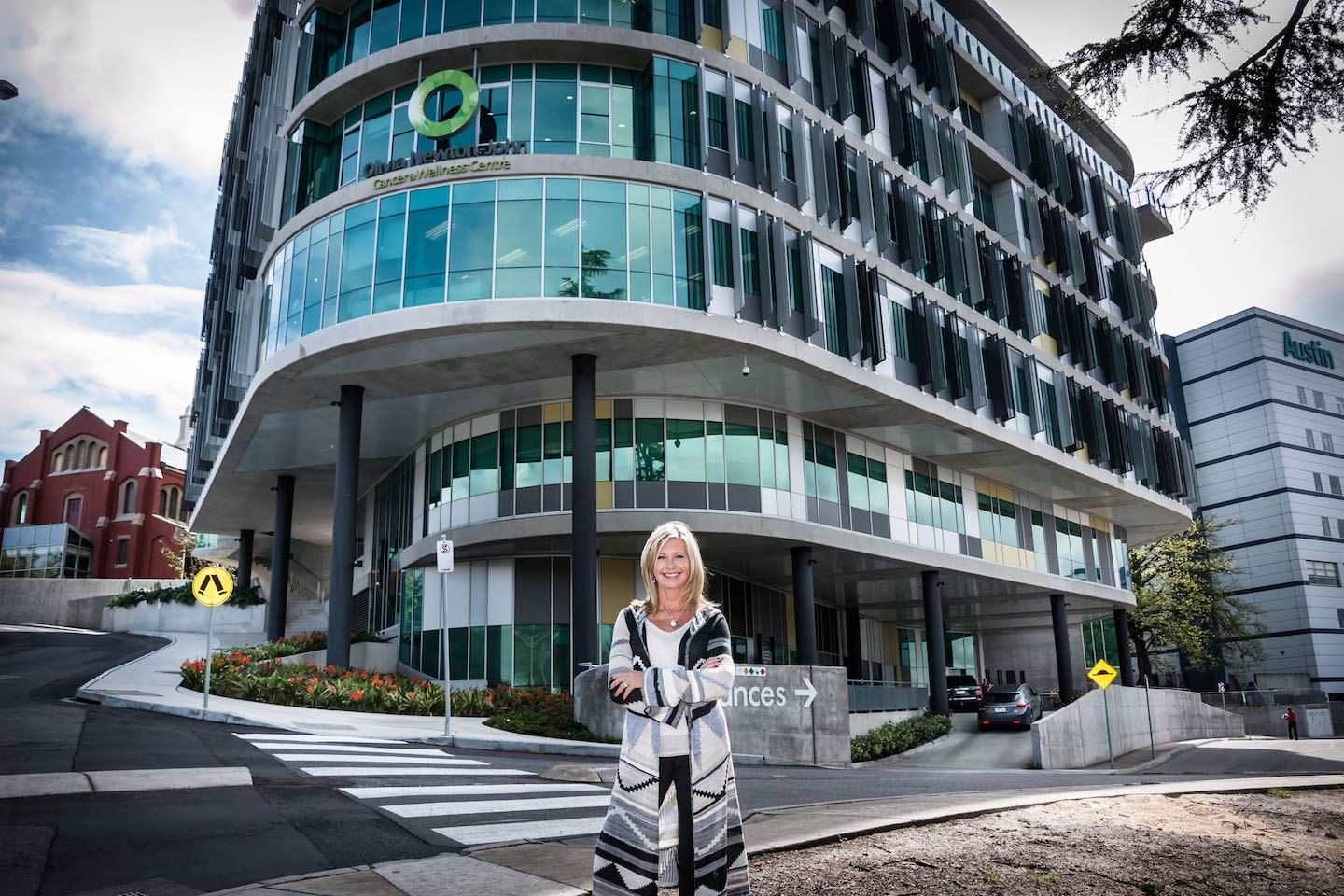 JM: It seems like giving back is a big theme with you. I see that the official "Let's Get Physical" T-shirt is out and benefiting the Olivia Newton-John Cancer Wellness and Research Centre. Why did you embark upon this project? What will it do for the center?

So, I have to raise money from philanthropy and fundraising for it. That's just one way. My meet-and-greets at the show are for the wellness program, and a portion of every ticket in the show goes towards the wellness program. So, I try to incorporate it into my life as I can.

JM: I'm sure your fans are pretty excited to have that piece of memorabilia, right?

Olivia Newton-John: Yeah, I think they're into it. I hope so! (Laughs)

JM: To your fans, and there's so many of them, you are an iconic performer and entertainer. How do you view yourself and your body of work to this point?

Olivia Newton-John: Oh gosh, I feel very grateful that I have had so many terrific songs that have lasted, you know? Because a good song you can sing with a guitar, only, and it will still be a good song. And (songwriters) John Farrar and Steve Kipner and Peter Allen - I've had some wonderful songs and great production. So, I'm very grateful for that.

And then being in some iconic movies, or movies that become iconic (including "Xanadu"), I feel very blessed for it.

Speaking of Niagara Falls, Newton-John said, "Usually I try and go over and at least get a little bit of a spray on me before I leave!"

"It's often not quantity of time, but quality, and if I get can up there for 10 minutes to experience the beauty and see the rainbow in the falls and everything, that's lovely. I love that," she added. "I like to take pictures - photographs. So, I really enjoy that part of it." 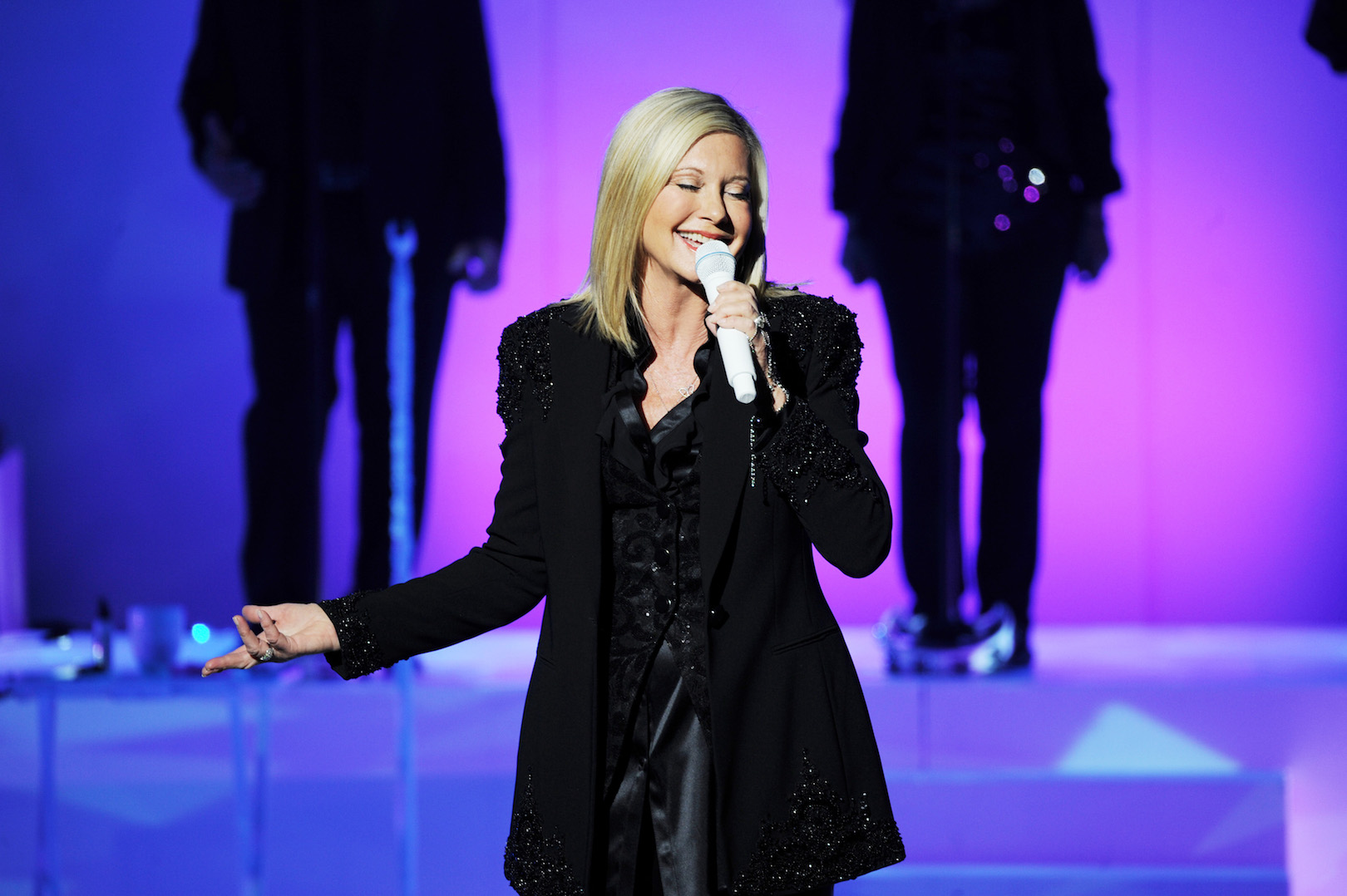 Olivia Newton-John on stage at the Flamingo Las Vegas. (Photo by Denise Truscello)