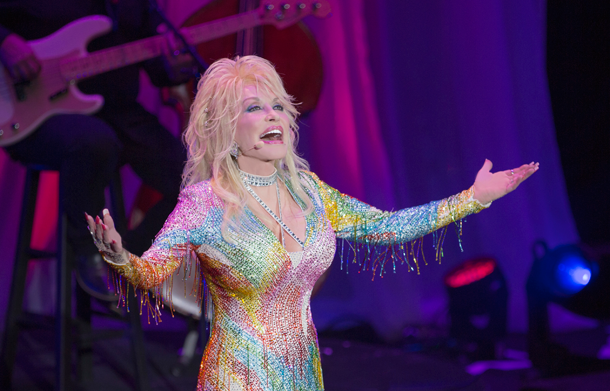 Dolly Parton, pictured, and The Band Perry will perform in the first four weeks of Artpark's 2016 season. (Photo by Webster Public Relations)

As sure is night is dark and day is light, Artpark & Company had country music on its mind both day and night. Former President George Osborne kept a close watch on the market and kept his eyes wide open all the time.

On April 11, Artpark struck back with one simple, powerful word: Dolly.

"Here at Artpark we have been trying to find ways to make better usage of our amphitheater, and with the arrival of our new executive director, Sonia Clark, this was a unique opportunity that offered the chance to experiment with a new type of programming for the venue," Osborne said last week.

Now serving as a consultant, he said, "She and I were both intrigued by the announcement that Dolly Parton was making her first extensive tour of North America in 25 years and we discovered through (booker) Tony Marfione's contact with her management that there was a perfect routing opportunity for Artpark. Sonia presented this concept to our board concert steering committee and they unanimously agreed that we should pursue it. The end result was the booking of Artpark's first 'megastar' for the amphitheater."

Not only has Artpark booked Parton, but it also nabbed former Darien Lake mainstay The Band Perry, whose current single, "Live Forever," is the official song of the U.S. Olympic team and TV coverage.

"As you probably know, country is the most popular music form in the U.S., and Artpark has been looking for ways to break into that market for a number of years," Osborne said. "Heretofore, Darien Lake has monopolized the country music acts in Western New York, but this season they have backed away from it a bit and opened the door for Artpark to book some strong country acts. Sonia and I are hoping that this will be the beginning of a trend to gradually broaden the horizon of our outdoor concert series to include many forms of music, as legendary classic rock acts are becoming more scarce with the passing years."

Artpark's efforts have been well received by the community, with innumerable positive comments posted on social media sites.

Local music critic Thom Jennings said, "The Band Perry is an amazing live act, great choice for Artpark. As for Dolly, pretty historic event. Just being in the same space as a legendary singer-songwriter and actress is pretty cool." 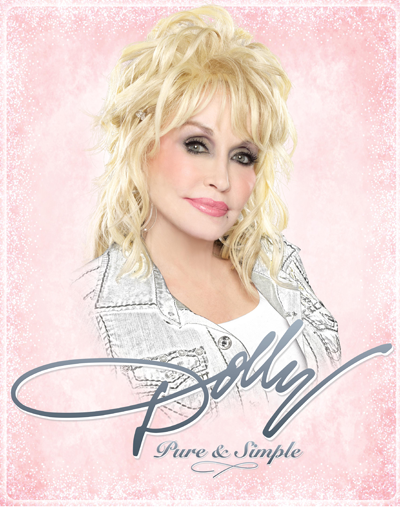 Parton's autobiographical NBC TV-movie "Coat of Many Colors" drew 15.9 million viewers last December, making it the most-watched film on broadcast or cable in nearly seven years. In addition to that, she had a successful series of gigs across Europe, and a popular performance with Katy Perry at the Academy of County Music Awards in April.

With all that in mind, Parton began to consider a U.S. tour.

Earlier this spring, Parton announced plans for her lengthiest U.S. tour in 25 years. She'll be on the road this month through the middle of December.

"I'm actually excited about it," Parton said. "We've done a few shows here and there, now and then, over the last several years. This is ... the first time for a long one. But everything seems to be going really good right now."

Of the tour, Parton said, "We've got some of everything, I believe."

"Of course we'll be doing all of our standards. We have a CD and a best of, 'Dolly's (Biggest) Hits' - like a double-CD - that will be coming out to kind of coincide with the tour. But, of course, in the CD and in the new record, we'll be doing on stage all the favorites: 'Jolene,' 'I Will Always Love You,' '9 to 5,' 'Islands in the Stream.' All of that stuff.

"And then we'll do our little gospel things. We'll have our corny jokes. (Laughs) And also those kind of things. So, I think we'll have some fun things for everybody. We have a little folk songs section that we'll do.

"As far as the band, it's just the four of us on stage: Richard Dennison, Tom Rutledge and Kent Wells. And we just kind of swap off different instruments. And it's pretty much scaled down. Not a lot of loud music. And we don't have a bunch of videos or anything going on in the background. So, it's pretty much just us."

"Dolly is an inspiration to me! She always has been," D'Angelo said. "She is a true American success story and a superhero of a woman. Not only is she talented and a business genius, she has a heart of gold and a spirit that just won't quit. It always amazes me that so much power can come from such a tiny body! I can't wait to hear her voice, live, so I can forever have the memory of being in the same vicinity as this legend!"

Parton joked the key to her success, which includes the sale of 100 million records, 25 RIAA gold, platinum or multiplatinum albums, and 25 No. 1 songs, is "Good doctor, good lighting, good makeup ... and a good attitude."

In reality, "You always have to do the things that your fans demand," she said.

"It's really hard to know what to pick to get the dynamics that you need for the show, but I work real hard trying to give it my best," Parton said.

"I love telling stories and painting pictures," she added. 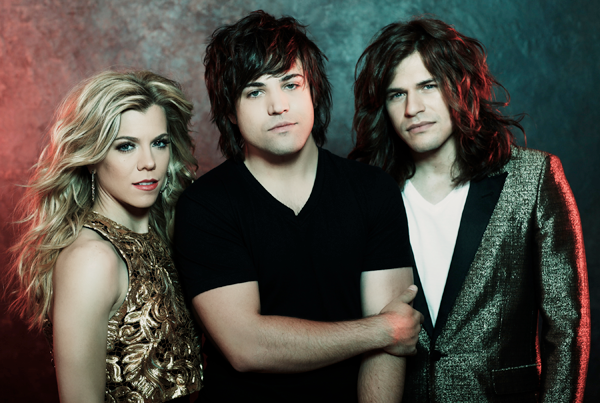 Around here, the Perry siblings - Kimberly, Reid and Neil - are known for delivering a well-produced, high-energy live concert. In consecutive supporting trips to Darien Lake, The Band Perry stole the show from headliners Rascal Flatts and Blake Shelton.

"For us, we love playing live. It's what we did before we did interviews or wrote songs. It was our first love. So, anywhere we can go where the crowd is as much into us as we are into them is always great," Reid Perry said in a phone interview last week.

Currently, TBP is working on a new album - and a new stage show.

In reverse order, Perry said, "This particular show, it'll be different, because we actually just got brand-new production maybe a month ago. So, honestly, we haven't been playing a ton of shows. So, by the time we get there in July, it's going to be a well-oiled machine. It's going to be really fun for us.

"We've changed up arrangements. We did a massive overhaul to the setlist. Songs that you would expect us to close on ... we'll move around to different parts of the set."

Such arranging is fun for TBP, but, more importantly, "For those who've come out to multiple shows, they're not seeing the same thing," Reid said.

TBP is nearing completion of their third album, "Heart + Beat."

"I would say the album's getting super-close to getting finished," Perry said. "We're putting finishing touches on everything - from music videos to artwork to the music itself. ...

"The things I could tell you about it, it's our favorite music so far. Our goals, whenever we were writing these songs, were that we would fall in love with them and that we'd walk out of the studio with smiles on our faces. ...

"We're super excited about it. It's been a minute since 'Pioneer' came out. It'll be definitely well worth the wait."

TBP has taken some flack for allegedly veering more toward pop on "Heart + Beat."

"What's funny is that I feel like a lot of people say that without hearing any of the music," Perry said. "So, I don't know kind of where they're getting those comments. ...

"All I can say is, for us, when we went to the studio, we wanted to maintain, really, two of the main aspects that The Band Perry had, which were our lyric sensibilities and our harmonies. Those are things that we always try to keep intact, because those are the identifying factors of The Band Perry in the world of music."

What's new, Perry said, is "We put as much emphasis on making sure that every single sound on there we really loved. And then we also were really pushing ourselves in melodies."

"I feel like if it maintains the story, which is kind of a part of the fabric of country music, and it talks about things that everyone can relate to, that's what country music is. Especially in today's environment"

Perry said he and his siblings are excited to travel to Rio in August for the Olympics.

"The three of us, the extent of our athleticism is just, you know, trying to jump around on stage and maybe sweat," he said. "Other than that, we're really not that athletic. So, any chance that we can actually kind of rub shoulders and be associated with real athletes, we're going to jump at that opportunity."

Tickets for Dolly Parton and The Band Perry are available online at www.artpark.net, and at the box office, 450 S. Fourth St. 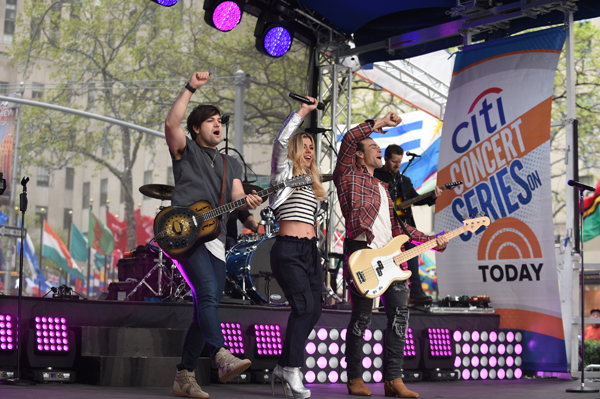