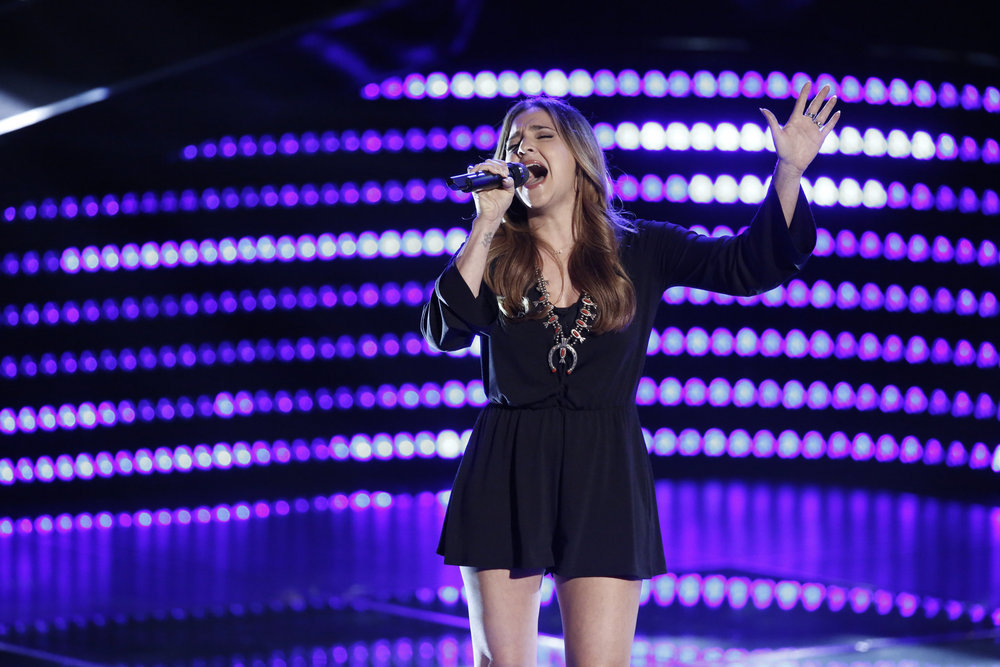 It was billed as, "The performance of the night ... that blows our coaches away."

Little did anyone know "The Voice" was teasing a former child star who courageously fought off a life of addiction.

Nor did they know just how strong Alisan Porter's voice is - or how easily she would net four "I Want You" red chair turns.

Porter began acting in commercials at the age of 3. By 5, she was on "Star Search." At 8, she starred in the John Hughes film "Parenthood." Two years later, she played the title character in "Curly Sue."

While's she's best known for appearing in the 1991 family comedy, Porter also worked on Broadway, in "Footloose" and "A Chorus Line."

"It became kind of crazy, for a while," Porter said on Monday's season premiere of "The Voice." "I definitely had a taste of stardom."

"It was a very high-stress environment," she explained. "And I lost myself.

"It was a time in my life where I was using drugs and alcohol as much as possible. But, before it was too late, I reached out for help.

"I've been sober now for eight years. I really feel like that's when my life started."

Porter married. She and her husband, actor Brian Autenrieth, are raising three children.

"Being a stay-at-home mom is my favorite job I've ever done," she said. "But there's a huge part of me that's an artist, and I need to express this side of myself as well."

To that end, Porter took a chance on "The Voice," television's top-rated music competition.

"I've had an amazing career, but, as much as I loved acting, none of that was genuinely who Alisan Porter is," she said. "In my soul, I am a singer.

"This was my last shot at really making it in the music industry, and I don't think there's a better way to showcase who I am than being on 'The Voice.'

"It means everything to me to stand on a stage a sober, clear human being. A mom; a wife. And just sing a beautiful song and have people recognize that I'm somebody who deserves a shot at my dream." 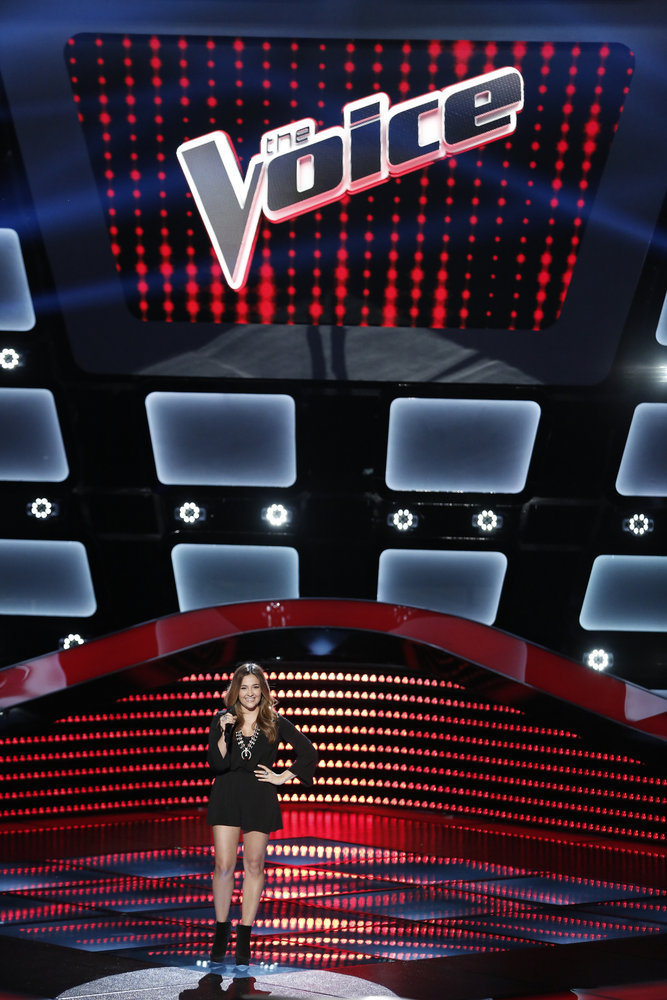 Alisan Porter on "The Voice."

And it was really, really good.

Following the four chair turns, she received hugs from coaches Adam Levine and Christina Aguilera. The latter also camped out in front of the singer. Christina said, "Remember who sat up on stage and worshipped you."

Porter began sharing her story when the coaches asked about her acting roles. They were surprised to hear about "Curly Sue."

"Alisan, you're going to have so much fun on this show. It's going to be a blast," Blake said. "And I'm the most fun."

"I fell in love and I had children, and that ... was my goal - to just be a good mom," Porter said. "And I really feel like the universe just had a plan for me, because you guys turned for me today."

"Well, listen, I respect the universe," coach Pharrell said. "And I know that, without those distractions, you would not be here today.

"To see you perform so ... eloquently - it's just amazing. I would love to have you on my team, and garnish what it is that you have now."

Christina said, "I really am moved by your story. Nobody works harder than a mom. ..."

"And just inside of you there's so much to say; and people need to hear that hope," Christina continued. "And, between your story, and those pipes of yours, I want to be a part of your history."

Adam called Porter's performance "the most beautiful, flawless, passionate, pitch-perfect thing I have ever heard in my entire life. I'm astonished by you.

"You're going to win 'The Voice,' and I believe that you can do it on my team. I really do. One hundred percent."

As Porter's husband shouted "Blake or Adam," she contemplated her next move.

Porter said, "Oh, my gosh. There is something in every single one of you that I admire, and will take with me on this journey. ... I pick Christina."

After her performance, Porter said, "I felt it. I felt a connection with her. She's a mom. She has a career.

"I love all of the coaches so much, but she had, like, a spotlight on her the whole time. ... There's no one better than her to kind of mentor me through."

Porter's coach said, "Alisan is unbelievably talented. There was something about her that really spoke to me. She has totally changed my world."

Adam said, "Alisan has that impossible gift," and told Christina, "You just won. Congratulations; a girl (coach) won 'The Voice.' "

Porter said the response she's received since last night has been incredible.

"The past 24 hours have been kind of crazy," she said. "Amazing - I've had just like an amazing outpouring of support. It's been really incredible, and it's also been really incredible to finally see everybody else's audition air. We've been doing this for a while, and just kind of the culmination of everything we've been working for is happening. And the response has just been really positive and amazing." 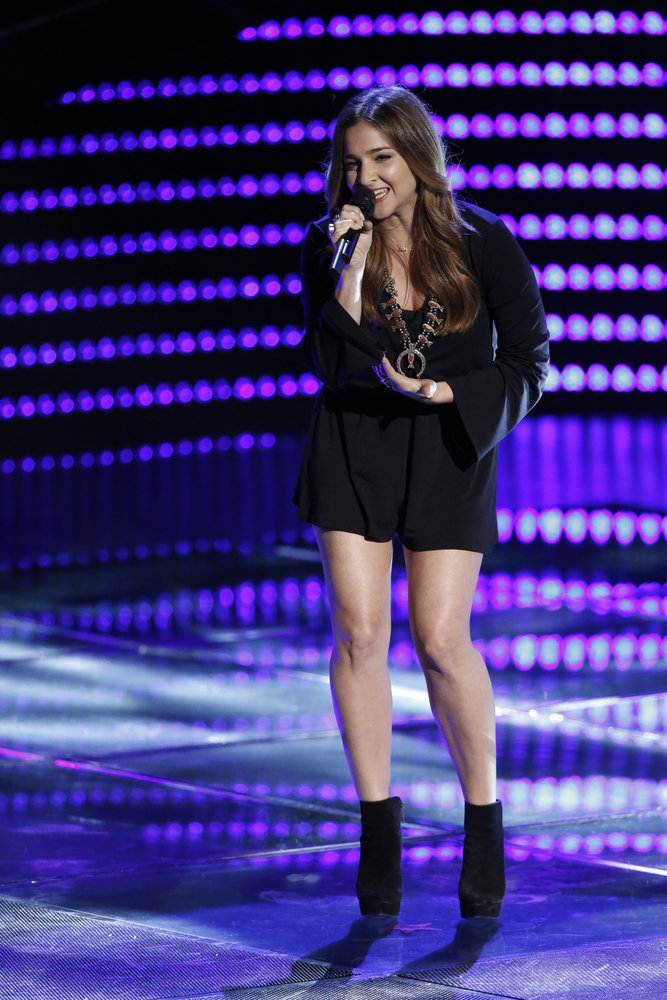 Alisan Porter on "The Voice."