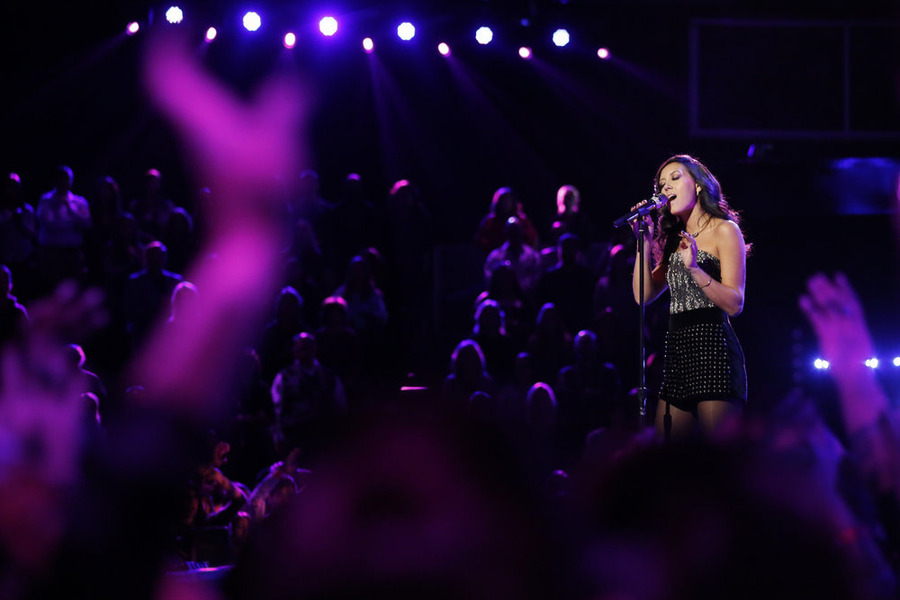 'The Voice': Amy Vachal more passionate than ever about music career

Why is it we don't hear from singers eliminated on "The Voice" as much as we should after the season ends?

In some cases, it's because the mindset is "Well, I didn't win. That's that."

Amy Vachal has a different outlook.

Though she failed to reach next week's final live round, Vachal said Wednesday, "At this point I'm so excited for what's next. We've all been really set up to really just, you know, pour so much more into our next projects after this. So I'm so excited to start working on my first full-length album."

Team Adam's ethereal songstress, who was routinely praised by coaches for her take on popular songs, said she's more inspired - more passionate - than before she auditioned for NBC's Emmy-winning music competition.

"I came into this thing on a risk. You know, it was, before this I had been playing in small bars and coffee shops for almost five years, just writing songs for the sake of wanting to share them. And the focus was all on the words I was writing and, you know, how to convey them. And you know, I didn't really give much thought to the performance aspect of it," Vachal explained. "And this show, you know, after just saying, 'Why not just see what happens?' I never could've guessed how much I would've grown as an artist."

Though she recorded two EPs prior to "The Voice," Vachal said what comes next will be a reflection of her TV journey - and working with Adam Levine.

"I mean, gosh, there's so much I now think about when it comes to writing a song and about recording now, you know? I think I've learned that you can create music with your body and with a set, and you know as a visual person, that's really expanded my artistry," she said. "And so there's that. But then the other side, when you say passion, actually, I really do attribute a lot of that from working with a coach like Adam. He actually is one of the most passionate artists I've ever been blessed to work with. And just, you know, seeing how he has been just so adamant about pushing for certain songs and pushing for how they should be arranged, etc., that I've just found that having an effect on how I started to feel about the last two songs that I played on the show (a stripped-down version of *N SYNC's "Bye Bye Bye" and a soulful rendition of Bob Dylan's "To Make You Feel My Love").

"I just find myself with so much more passion than I had coming into this and I'm really amazed by that. But I think it's just because I've just been stretched so much as an artist through this process."

Vachal, 27, said, "It takes a long time to develop your sound and, you know, the kind of album you want to make." 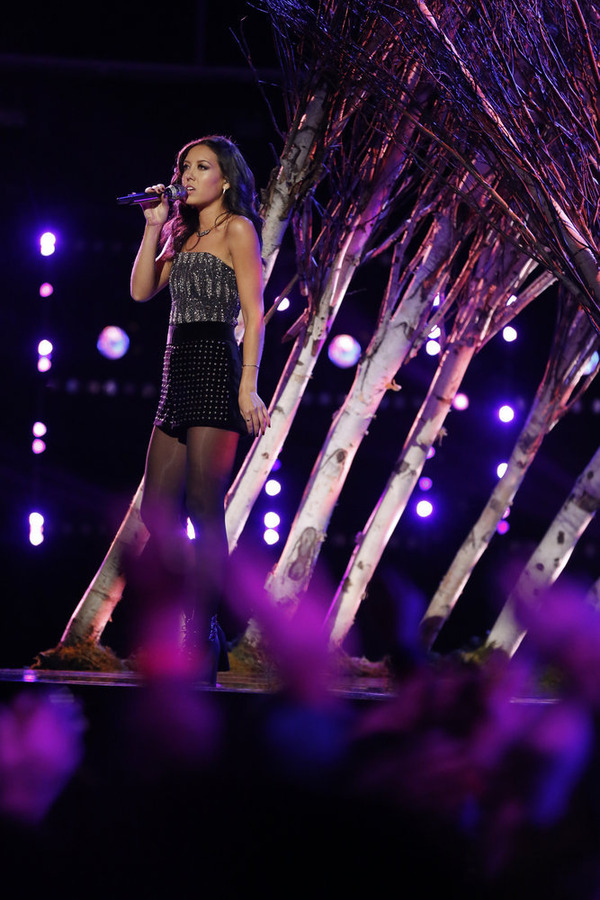 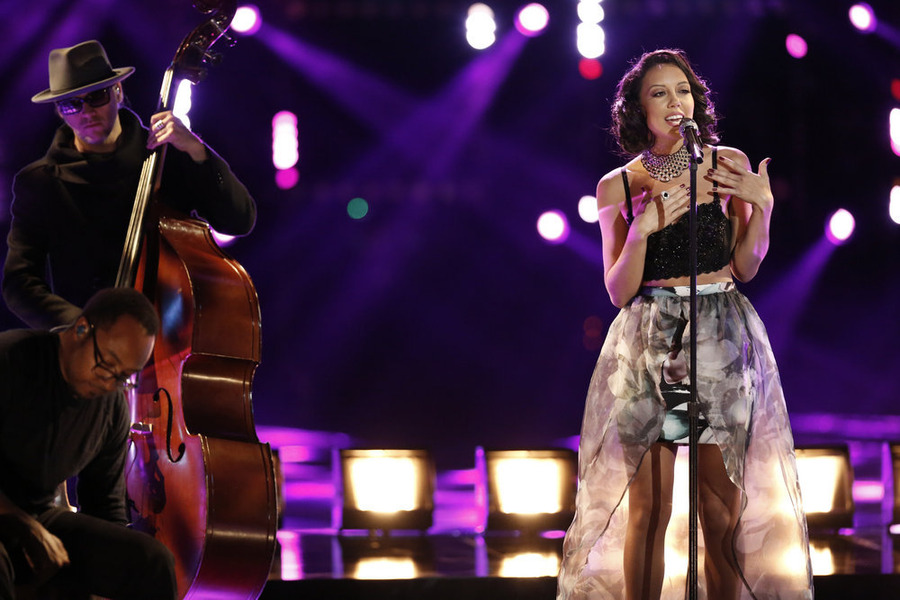 She said her first records were "more or less really stripped down. And they were intended that way just so that, you know, they could single out the vocal and I could continue developing what I really wanted to be my sound for, you know, a potential full-length."

Now, "At this point, after going through this incredible journey on 'The Voice' and getting the coaching that we've been able to get, and you know, just really searching out who we are and really honing in on our craft, I've learned so much about, you know, what - who I believe I am as an artist. And I know that's going to be huge in releasing this next album.

"I am so inspired at this point - especially today, after a day like yesterday, to write a lot about this experience. But I already have so many songs that I'm still working through and I'm just so ready to get to work. And I think what's going to come after this is going to be influenced very much by who I was before the show, but I think even more after going through the show."

Vachal said she didn't have a chance to speak with Adam about capitalizing on her newfound fame and the platform she's been given, but was looking forward to their chat.

"You know, I hope to have more conversations," she said. "We're sticking around for another week and luckily we'll get to see everyone a little bit longer. But, you know, the few interactions we've had about the potential outcome of ending the show maybe earlier than we want, it's always been just a reminder of what an amazing platform this is. And, you know, I think honestly, kind of running through with my family just the extreme platform that this has been. I haven't really thought it through every single week. I don't think we really focus on the fact that there's something like 15 million people that watch us every single week and that's huge, you know?

"And I think we're really set up to just to take off from here, and it really is reliant on how much we use the work ethic that has been instilled in us over these past several months - which is I think the biggest gift in this industry, because nothing truly great comes easy. And I know that it's going to take for all of us a tremendous amount of work. I'd say even more than we've put in through this show.

"I'm so encouraged now and, you know, that's definitely been supported by our coaches and by the producers. They're just reminding us that, you know, if we use what's been given on this show, it's going to be really hard for us not to succeed."

"The Voice" continues Monday and Tuesday at 8 p.m. Find more about the remaining contestants at www.nbc.com/the-voice. 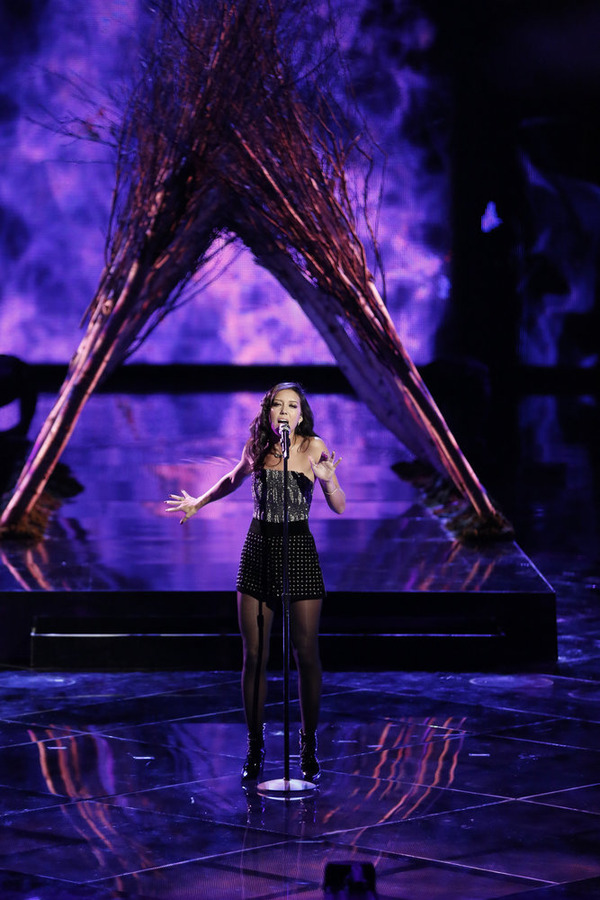 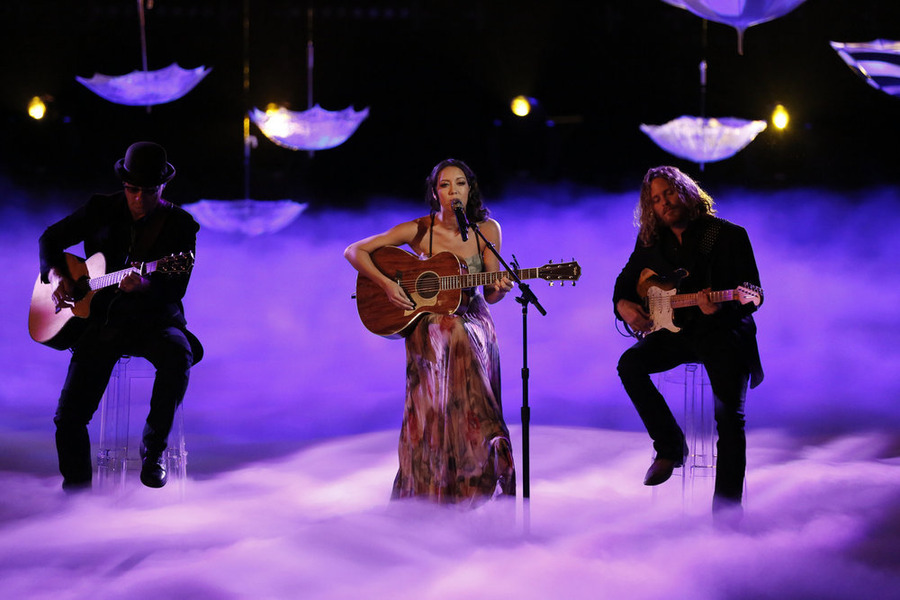 Watch Amy Vachal perform "To Make You Feel My Love" on "The Voice":