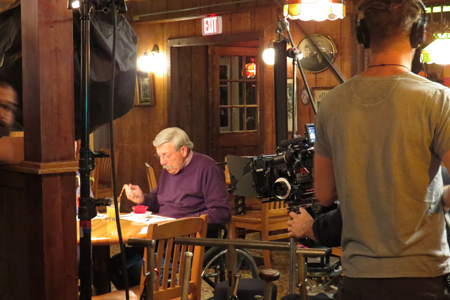 Mayor Terry Collesano filmed a scene Monday for "Morning Sun," the Choice Films production shooting in the Village of Lewiston. While we won't give away any spoiler information, we can say director Tony Glazer was shocked at how well Collesano performed.

The mayor, Lewiston's most famous barber, said he acted in stage performances earlier in life.

The film crew worked all day inside Apple Granny Restaurant. The front windows were covered with black barriers to protect the inside shots. The family eatery was filled with cameras, props, stagehands and some local stand-ins, as well. Actors Danny Pudi, Diana DeGarmo and Joanna Bayless were among the cast members on set. 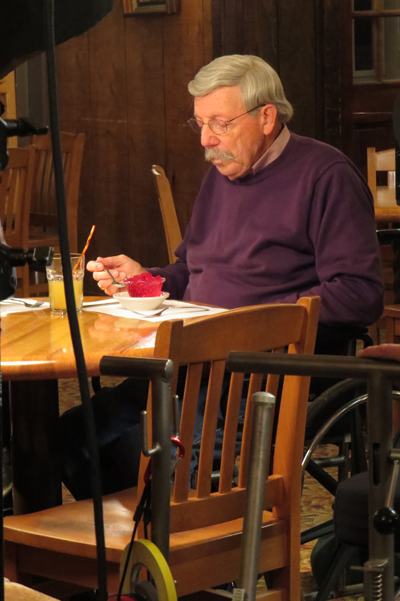 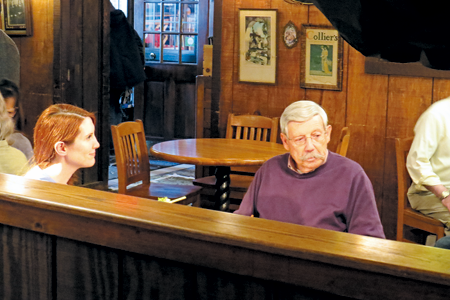 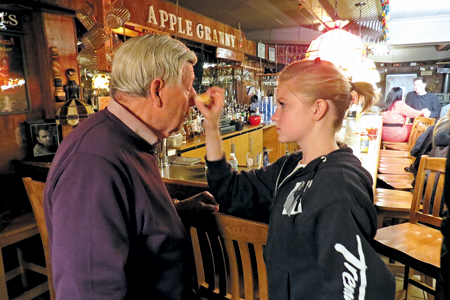 Makeup is applied to Collesano's face prior to his filming a scene for "Morning Sun." 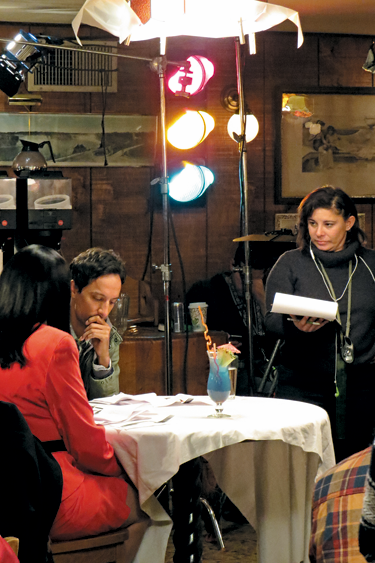 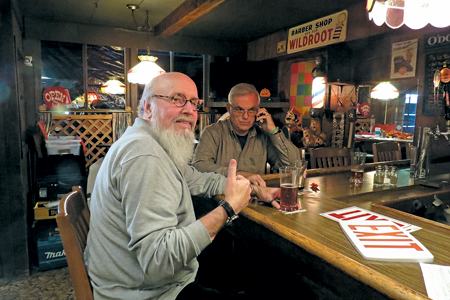 Tim Henderson of Lewiston (front) and Jim Manne of Cheektowaga were among the extras working Monday on "Morning Sun." They're seated at the Apple Granny bar.