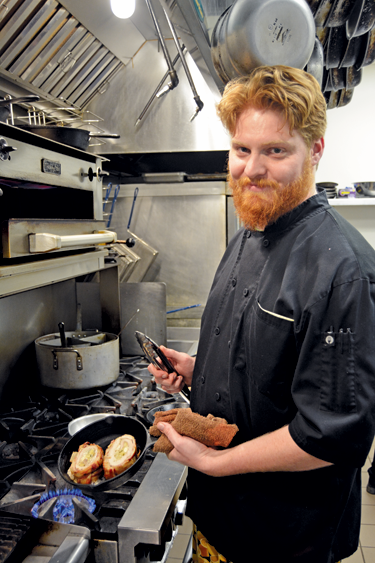 Webster's Bistro is cooking up something big for local residents and it's not just their flavorful French cuisine.

Renovations have begun for the new Webster's Kitchen, a prepared meals location that will offer fresh meals, made directly by the bistro's culinary chefs, just two doors down from the bistro at 110 Webster St.

For two-and-a-half years, Webster's Bistro has been operating in North Tonawanda, offering dinner Tuesday through Saturday.

"I've been getting requests for lunches, which is not something that we initially had in our business plan," Webster's Bistro owner Barbara Hughes said. "I had been introduced to a concept of a retail food operation, which I felt was truly a potential opportunity for us ... here for us in this community as well."

"A lot of times, people don't want to sit for two hours and have a meal, so the concept is you can have the same quality of food ... but just in a very small time frame ... you'd have a different variety of food to take home and enjoy there, instead of sitting in a dining room," Webster's Bistro Executive Chef Jeremy VanAntwerp said. "It's restaurant quality food, just in your home instead of on our tables." 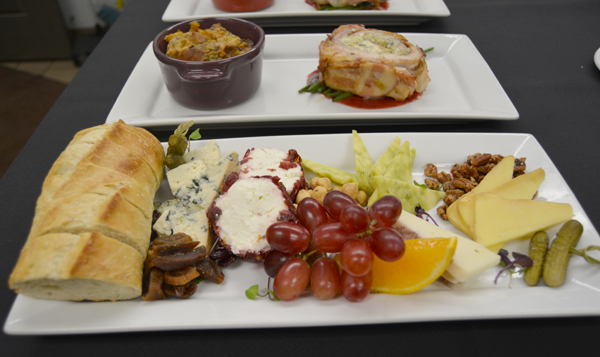 Some of the bistro's existing dishes to be offered at Webster's Kitchen will include its bourguignon and its cassoulet.

Hughes aims to offer an array of different meal options.

"The chefs that prepare dinners here can now prepare foods that people can have for breakfast, lunch and dinner, at work, or at home. It will be at their convenience," Hughes said.

Webster's Kitchen will offer everything from drop-off catering and on-site catering to prepared platters that customers can easily take home as an addition to their own dinner preparations.

Regardless of what is ordered, all meals offered at Webster's Kitchen will be made from fresh ingredients and nothing will be processed.

"Everything that we make in our kitchen is prepared from scratch," Hughes said.

The restaurant's homemade sauces and salad dressings are no exception and will also be available to purchase at Webster's Kitchen.

Besides a wide variety of gourmet food, the Webster's Kitchen team will share recipes, as well as, their knowledge to complete the overall culinary experience.

Cooking classes and wine pairings, led by the bistro's culinary specialists will also be offered at Webster's Kitchen in the new year.

"It's going to be a French, country kitchen, so the space will be adaptable to conduct demonstrations and cooking classes for both children and adults," Hughes said.

Hughes hopes to hold a soft opening of Webster's Kitchen in mid-November.

Several prepared meal options for Halloween are currently available from Webster's Bistro. A complete list of offerings is available on the bistro's website at www.webstersbistro.com/special-halloween-menu-pre-order/.