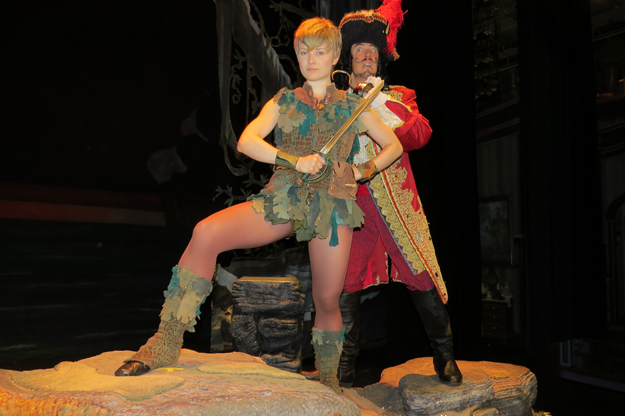 It was "second star to the right" and straight on to Lewiston for actors Hayley Podschun and John Bolton.

The actors, who've made a name for themselves on Broadway, in film and on television, were pixie-dust-pleased to learn Artpark & Company was staging "Peter Pan" this summer, and quickly made plans to spend time in the River Region.

"I was, like, 'I want to play Peter Pan.' And so I did anything I could in the audition to make sure I got the job," Podschun said.

"It's a dream come true," she added. "It's the set and costumes from Cathy Rigby's productions, which, for me, I've grown up seeing her perform and I've been lucky to work with her team once before doing this show. I played Wendy once. To be this role, for me, is like the biggest dream come true ever.

Bolton, who plays the sinister Captain Hook, said, "I grew up coming to shows here, because I grew up in Rochester and Le Roy, New York, for high school. We would go see the shows here, and sit out on the lawn. So, I knew what Artpark was, and that it was a thing. And then, in New York, my agent called me, and I was scheduling my summer. And this fit perfectly in the schedule. And I said, 'Artpark - that'd be fun to work there and check in with family and friends.' Plus, I knew they did very good shows.

"And, more importantly, who wouldn't want to be Captain Hook? It's fun."

Artpark & Company President George Osborne said, "If you are going to do 'Peter Pan' at a highly professional level, then you absolutely need to have an outstanding Peter Pan, as well as an excellent Captain Hook. Randy Kramer, our director, Lynne Kurdziel Formato, our choreographer, and I spent one entire day in New York City auditioning just for those two roles. Our casting director, Michael Cassara from NYC, lined up some of the top talent that could be available for our show, and fortunately we were able to sign our first choice for both of the roles.

"Both of these actors have strong credits on Broadway, regional theater, movies and television. I can't imagine we could get anyone better to headline our strong cast." 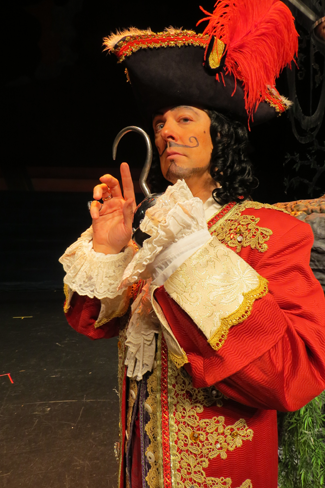 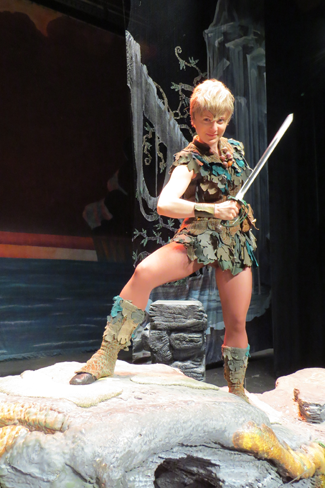 "Peter Pan" is hotter than ever, thanks to NBC's recent live-action adaptation and the upcoming "Pan" theatrical release starring Hugh Jackman, Levi Miller and Garrett Hedlund. The classic animated film, moreover, is now available on Blu-ray and digital HD.

Artpark's version will be in keeping with Rigby's stage production.

In this story, Peter and his famed fairy sidekick, Tinker Bell, visit the London home of the Darling family to offer the three Darling children a magical night in Neverland filled with children who refuse to grow up, pirates, mermaids and a tick-tocking croc.

"It was a play before it was a movie, but then they made a musical of the play, and that's what we're doing, is the ... musical version of the play," Bolton said. "It's been souped-up quite a bit."

"You're seeing this iconic story in person," Podschun said.

With that responsibility comes the real understanding of what audiences want from the iconic lead roles.

"I think you need to, certainly, honor what the expectations are, without imitating. Because people will be disappointed if certain things don't happen and certain ways of doing things don't happen," Bolton said. "But you don't want to imitate so much, either, because then you're cheating yourself of the chance to bring something of yourself to it."

"Yeah, I mean, because this is such a dream for me, and because I've seen so many women play this role, I do want to honor what they've done, and what I respect from the role, and what I love about the role," Podschun said. "But then, I've also seen other people do it. I'm, like, 'Oh, if I did that, I would want to do that type of thing.' 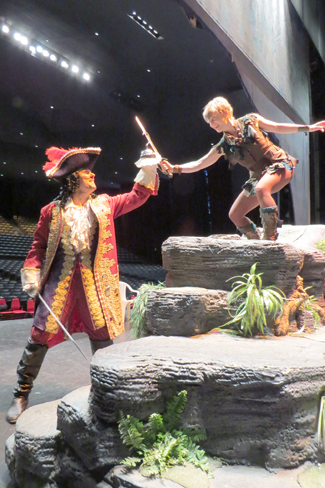 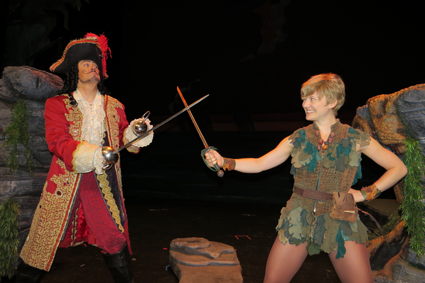 Then there's the flying.

"From my past experiences, it's the most magical thing in the world," Podschun said.

As Peter Pan, she'll take on numerous scenes flying across the stage.

"I cry every time on my first flight," Podschun said. "It's so cool to see the kids' faces, too, and you feel the energy from the audience and everyone on stage, as well. It's like, 'Oh, my god; you're flying!' Who wouldn't want to fly?"

Osborne said, "The sets and costumes were created for Cathy Rigby's national tour that was completed in 2012, and we have engaged the same company, ZFX Productions, to handle all of the flying scenes."

Artpark & Company has been fortunate to work with a talented roster of performers in recent productions. Look for that trend to continue this summer.

"I just sit there and go, 'She's sensational,' " Bolton said of Podschun. "And I'm already starting to tell all my friends, 'Yeah, you're going to have a good time. Come see me; whatever. You gotta see this girl. You've got to come see this girl knock this role out of the park.'

"I'm not surprised that it's a dream role for her. She's fantastic. The world needs to see this Peter Pan."

"He's pretty great, too," Podschun said of Bolton. "He's got some amazing comedy moments. John brings his own shtick to it, which is so nice to see. The crowd's going to really fall in love with him."

Osborne affirmed, "There is nothing but the finest talent involved in Artpark's production of 'Peter Pan' and, if you come, I promise you will love it." 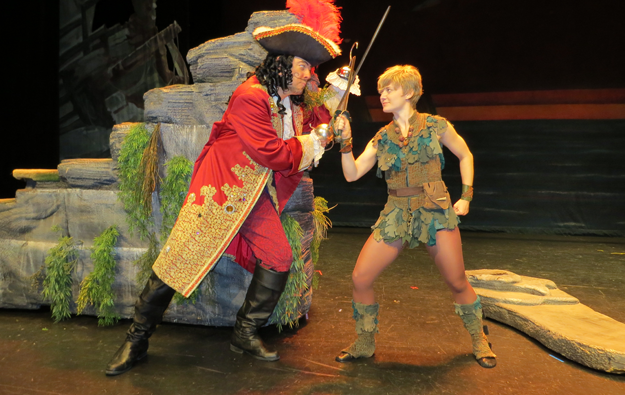 >>Find more photos in our gallery