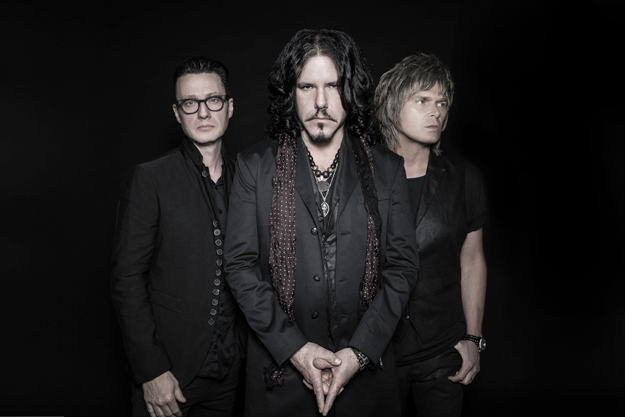 Jeff Martin is smart. He's successful. He has great hair. He's a guitar virtuoso with an unmistakable voice.

But what does any of that matter? If he didn't have his "musical brothers" alongside him, there would be no Tea Party. There would be no "Ocean at the End" album, or rock concert next Thursday at Artpark.

After six years apart, Martin knew he would have to reconnect with Stuart Chatwood and Jeff Burrows on a personal level before they could reconnect on a professional level.

"Because we've known each other for such a long time. ... For us to get that incredible ... beautiful friendship back, and that mutual respect, that was probably more important even than the music itself. Because without that, the magic that is The Tea Party could not be created again. We would just be going through the motions, and we would feel it - and people would feel it. And that's just not a cool way to go about doing things, you know?" Martin said in a phone interview this week. "And so, once we knew that we could get that back, and we felt that that was coming back, then steps were taken."

The Tea Party reunited in 2011 and released "Ocean at the End" last fall. It is the band's first studio album since 2004's "Seven Circles."

Prior to releasing the record, Burrows said, "This album is selfishly taking back what is collectively ours. For me, this record means taking back everything - my family and my music with my brothers, and what we are going to give people around the world when they hear it."

Chatwood added, "For me, it's the beginning of a new chapter in the band's career. This is a gateway record. It's an improvement on what we've done in the past and a catalyst to a new direction as we mature as songwriters."

Now, a few months into performing these new songs and hearing from fans, Martin said, " 'The Ocean at the End' is something that the three of us are very proud of. And also, it would seem, I mean, I'm judging by what people are saying about the concerts - even most recently - is that, if it's at all possible, The Tea Party live is better than what it's ever been. And that's saying something pretty large."

"Sonically, compositionally, esoterically, I think that it stands up with our finest work," he said. "Of course, as we all know, it's a different time now, as far as rock music is concerned. But we're very fortunate to have the very loyal fanbase that we have around the world. With that being said, what we've noticed - especially when we do our theater runs ... not only do we see all the fans that've been with us since day one, but in the audience, like for the first 15 rows, it's all new faces - like 20-year-olds coming out to see this band - because rock 'n' roll translates.

"The Tea Party is not meant to be considered of a decade, or of a time and place. You know, it is what it is. And I believe that it's always, always relevant. Rock 'n' roll that's made with integrity will always be relevant, no matter when it happens."

So when the band tours Canada this fall in celebration of "The Edges of Twilight," released 20 years ago, Martin won't feel like he's in a time warp.

"It's funny to call it 'old stuff,' because every time we play it, it feels new again," he said, noting, "the true test of a great song" is when it doesn't feel dated.

"And for me, my life's story is in all of those songs, so what a pleasure it is to be able to revisit all of that in the space of 90 minutes. ... To be able to celebrate it, and for people to be celebrating it along with me and with the band, it's pretty good," Martin said.

At Artpark, The Tea Party will undoubtedly perform material from seminal albums "The Edges of Twilight," "Transmission" and "Triptych." Songs such as "Sister Awake," "Temptation," "Heaven Coming Down" and "Halcyon Days" have put the band on the Mount Rushmore of Canadian acts beloved by Western New Yorkers (alongside, of course, Our Lady Peace, The Tragically Hip and Rush). But it's the new songs that should excite fans - most notably the title track, which pairs Martin's guitar solos with Chatwood's newfound electronic inclinations and Burrows' flair for the dramatic.

"Lyrically, it's essentially about a breakup that I went through probably about a year before that song was written," Martin said. "But it's also about finding peace within that conflict and turning it around into something positive."

"There's a lot of emotional statements on 'The Ocean at the End.' A lot of my life - what I've gone through in the past five or six years is in there," he noted.

As for those concerts drawing rave reviews, "What we do, in a live situation, it's pretty intense," Martin said. "It's certainly enjoyable, but it's a very intense rock concert. We really take fans on an emotional rollercoaster. And I think that's probably what makes us stand apart from it all."

And for new fans, "I think they're taken aback by the intensity that comes off the stage - just off of three guys," Martin said. "It's such a massive, massive sound, just for three guys on stage making it. So I think it's the most pleasant of surprises for the new fans that come to see it for the first time." 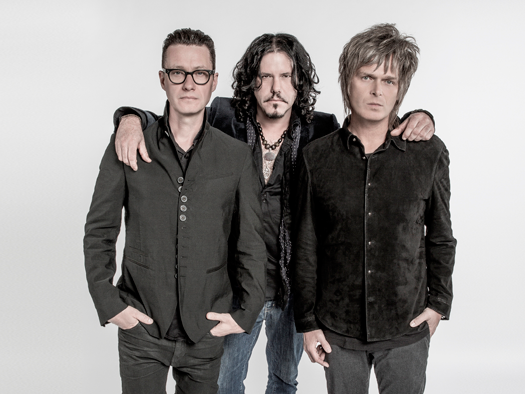