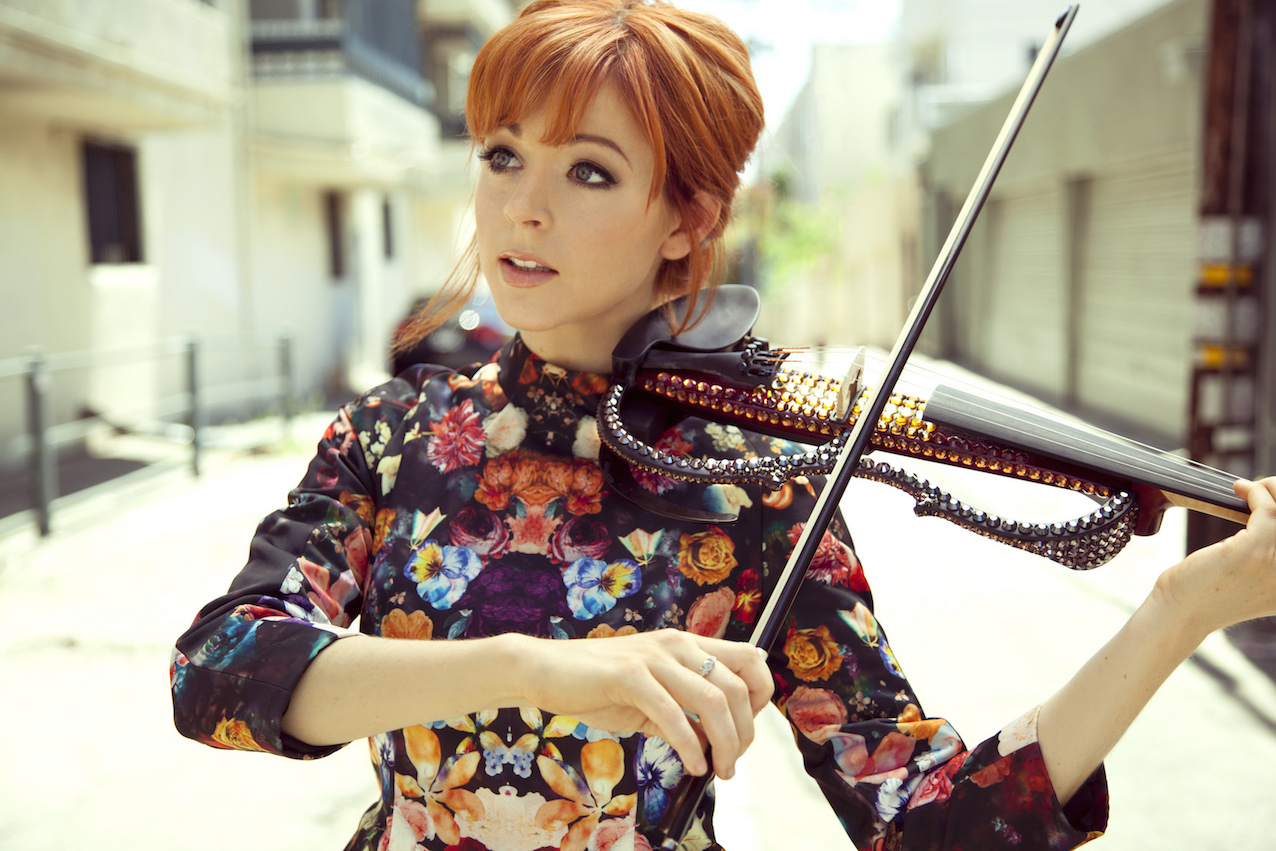 The most talented musician taking the stage at Artpark this summer isn't a Beatle, a classic rock artist, a member of an '80s hair band or married to a famous actor.

Heck, she doesn't even sing or play guitar.

In fact, Lindsey Stirling was rudely dismissed from "America's Got Talent."

She calls herself a "video nerd" and dresses like someone from "Game of Thrones" or "Mad Max" in her videos.

She's not a household name or a prominent poster person.

But watch her perform for five minutes, and you'll realize my introduction isn't just cute.

There is no human being who does what Stirling does, combining classical, romantic violin with earthy folk images, foot-stomping electronic dance music and good, old-fashioned rock 'n' roll.

"Lindsey Stirling is one of the most exciting and unique performers to grace the Artpark stage in the past several years," Artpark & Company President George Osborne said. "Her performance last year was truly electrifying and seemingly almost impossible to achieve."

To watch her strum, dance and perform on stage you can't help but question the qualifications of former "AGT" judge Piers Morgan, who told Stirling her skills weren't welcome; that America would never buy in.

Less than five years later, he's no longer on U.S. television, and Stirling has created and independently released two successful albums. She recently performed for millions of people on the Billboard Music Awards in between Taylor Swift and Imagine Dragons.

And did I mention her YouTube videos have more than 1 billion views?

"I don't understand how it's all working or how it has worked and how it still continues - you know, those numbers still continue to climb. The fans continue to appear at shows. It is kind of crazy to me, just to think where it's come - especially from the last three years. It's been an incredible climb," Stirling said in a phone interview the day her views hit 1,000,000,000. "As a child, a billion views didn't even sound like a real number. ... I'm just kind of in a little bit of shock right now to think, 'How did this happen?' "

How did it happen? And who mixes EDM with a violin, anyway?

"Well, it was kind of two things," she said. "One, I kind of got burnt out a little bit. I played classical music my whole life, and I just started to practice less and less. Started to play less and less. I was like, 'I used to love this. I used to absolutely love to play, and I don't like it anymore.'

"And so, I thought, it was always my search to make the violin fun again. 'Well, I should play the kind of music I like. What do I like? I like EDM. I like rock 'n' roll.'

"I started writing my own unique little songs.

"But also, I did a pageant. I was trying to earn money for college. There's the Junior Miss Scholarship Program, which is basically a pageant for high school girls. I wasn't your typical pageant-type girl, but I thought, 'Oh, I bet I can at least do well in the talent category.' "

"So yeah, I was like, 'I'm gonna make my performance fun.' And I ended up winning in the pageant."

That feat changed everything.

"I fell in love with performing that day on stage," Stirling said. "The audience reacted - I saw them smile - and I was having a blast. It became addictive. And I was like, 'I have to figure out how to make this a big part of my life, because that was amazing.' "

Stirling has always viewed her instrument - and those who play - a little differently.

"When I was a kid, my parents used to take me and my sisters to orchestra concerts, and that was kind of a lot of the music we were exposed to, was these classical records and the orchestras," she said. "And so, the same way kids today look up and see Taylor Swift and they're like, 'She's a rock star,' I would see the first-chair violinist come out to the chamber orchestra and, in my mind, I was like, 'That's a star. She gets all the solos in the orchestra.'

"The violinists - they always were the star of the orchestra.

"And so, I begged for violin lessons when I was 6." 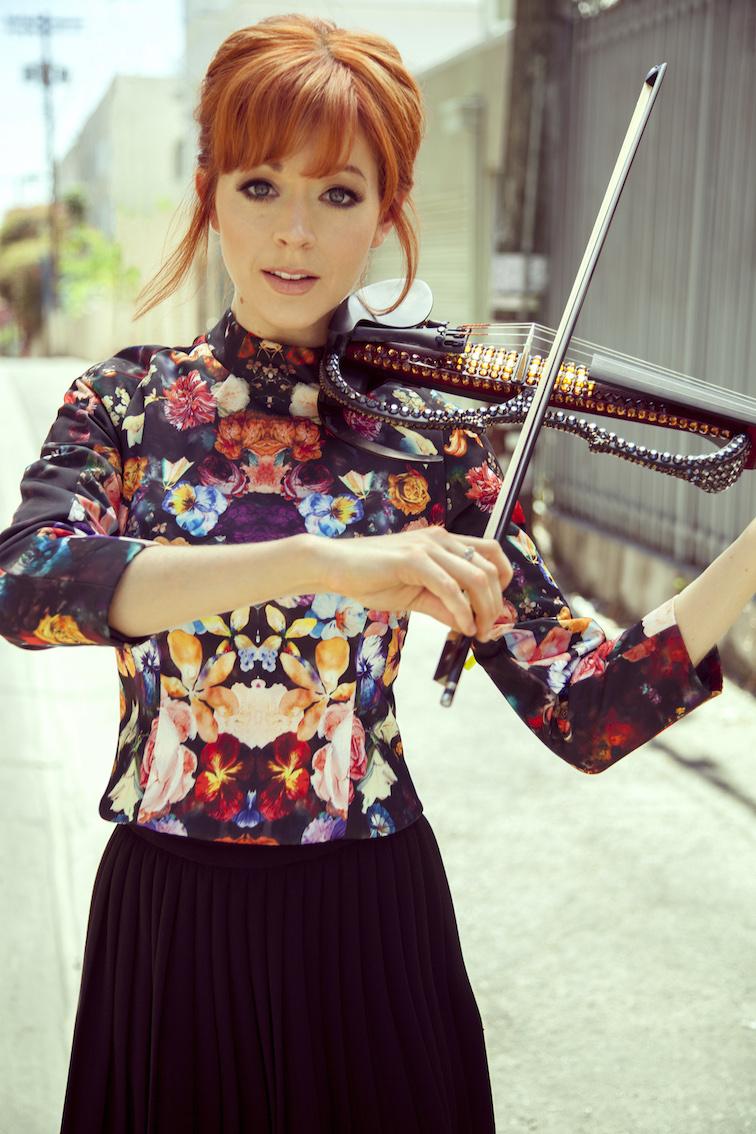 "I was never a trained dancer; I never took lessons," Stirling said. "When I started to kind of want to move - to put movement with my playing - it started out very, very simple - like a step. Or look one direction. Or wink at the audience. It was just the simplest moves that all had to happen on the downbeat.

"And I would practice - so hard - every single motion so that I could do it.

"It's just kind of grown from there. I started to watch other dancers and see what they did and teach myself how to do certain moves."

Slowly but surely, Stirling began to improve and become the stepper she is today.

"By reviewing my own video tapes, I would be like, 'OK, that one looks unnatural! I should lean into this move more.' Just by self-critiquing myself, I taught myself how to dance," she said. "And now I still have to really rehearse very, very intensely in order to be able to dance and play. And a lot of it is very choreographed. And, honestly, I have to practice the violin parts so much that I don't even have to think about them.

"And then I learn the dance. And then I start to combine the two - very slowly. And so it's quite a process. But after I've gotten comfortable, then I can start to improvise.

"And after a while, the two kind of meld together so that it's one motion - it's not two anymore."

More than anywhere else, Stirling's fans have watched her perform online. Her unique video subjects range from a Wild West shootout (of sorts) in "Roundtable Rival" to a ballerina trapped in a snow globe in "Shatter Me." Each video pairs stunning landscapes with Stirling's particular wardrobe choices.

"I absolutely love making videos, and, I have to say, playing dress-up is also one of my favorite things," she said. "And so I think that's why I kind of make that a part of my videos and my image is because I just, honestly, I took all my favorite things and combined them together: you know, dance, violin, costumes, EDM."

"I actually went to film school; I'm a film nerd at heart," Stirling said. "Not only do I love the music, but I love the video side. Those videos are like my little babies."

Stirling headlines the June 10 "Coors Light Wednesdays" concert at Artpark. Hers is the first outdoor performance of the summer season.

"Funtime presents brought her in (last summer) and I was a bit skeptical, but the show was a big success and I began to track how her career was unfolding and came to the conclusion that she would be a wonderful addition to our Wednesday night concert series," Osborne said. "I set an agenda for this series to present unique artists that would draw a younger crowd to the park, and she fits perfectly in this realm. I can't wait to see and hear her again."