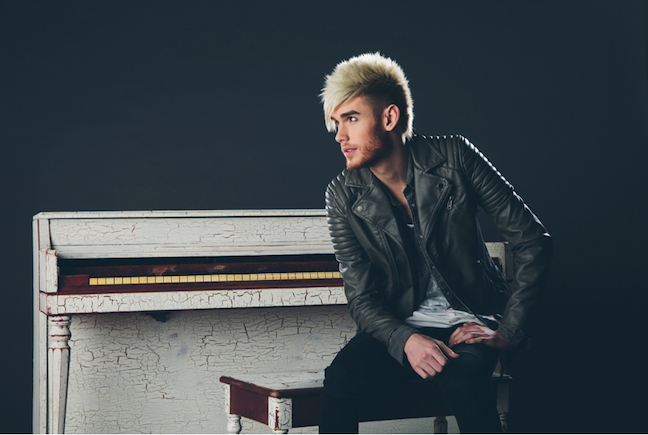 No matter how successful you become, how many awards you win or records you sell, there's still something to be said for free ice cream.

"My hairdresser said that Dairy Queen had brought the Cotton Candy Blizzard back, and, just a little bit about me, I don't why, but even when it comes to Snow Cones, if you have a cotton candy-flavored anything, I'm in," Colton Dixon said Thursday. "I don't know why, but that is just what my tongue likes. Cotton candy.

"I saw this (tweet), and I got really, really excited. And then I kind of tweeted him about it. Lo and behold, Dairy Queen shoots us both back and says, 'Hey, shoot us a DM and we'll get you guys started right.' (Laughs) So, we might have, like, a free Blizzard or two coming. I'm not really sure."

This prize is one of many Dixon has received following a seventh-place finish on "American Idol" three years ago. The Dove Award winner is one of Christian music's fastest-rising stars.

In 2013, Dixon's album, "A Messenger," set a record for biggest first-week sales by a new Christian solo artist. It sold more copies that year than any other debut entries in the genre.

His 2014 follow-up, "Anchor," shot out of the gate at No. 1 on a bevy on charts. The song "More Of You" was the year's most played Christian hot adult contemporary/contemporary hit radio song.

Dairy Queen, mind you, probably doesn't care about any of that. The confectionary is just hoping Dixon will sway some or all of his nearly 375,000 Twitter followers to buy a Blizzard.

They probably would, too, because Dixon has earned that trust with them.

And how did he gain their confidence?

By bringing something to Christian music the industry was sorely lacking: authenticity.

Dixon is who he is - on stage, off stage and in the studio. He's not trying to copy anyone, nor is he pretending to be or stand for something just to fit into someone else's ideal mold.

"I wrote a song called 'Our Time Is Now' with TobyMac. That song just needs to be huge - huge and in your face, and kind of a call or a response-type deal for this current generation. So that's what we did with it. We didn't try to make it into some kind of mid-tempo Christian AC song, because it just wouldn't have the same impact.

"Likewise, my new single right now, called 'Through All Of It,' is really kind of talking about, like, you're in the middle of a situation, and you're just thankful that God is with you no matter what. You know: Up, down, good, bad and ugly, God is there." 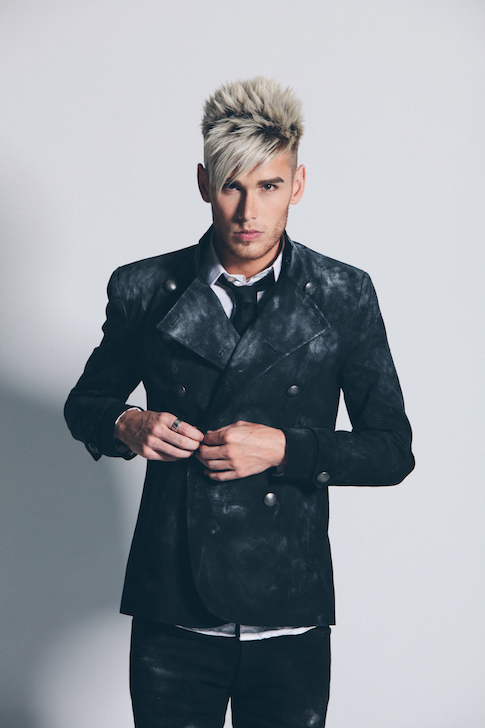 While Dixon's Twitter followers have landed him an ice cream, he'd rather they gain a relationship with the one he follows.

"I know everybody is searching for something," he said. "They're searching for happiness in some way, shape or form. Whether that's money, sex, drugs, whatever. But there's only one constant that's going to make you happy all the time, and his name is Jesus. I found that at a young age - and he's never failed.

Some of the mainstream music industry's biggest stars profess to be Christian, but don't incorporate their beliefs into their songs. That can be frustrating for some listeners, especially those who themselves are Christian. After all, if this is what you believe, then why hide it from the world?

Undoubtedly, part of Dixon's success is due to his desire to share what means most to him.

"I grew up listening to Christian music, and that's what I've always wanted to do," he explained. "With that said, I wish I could say I took that stance because I just wasn't going to back down, or I had something to prove. It was just kind of like a part of my DNA. I felt God called me to music when I was 13 years old. I realize that's really young, but I just knew it. And I've been pursuing it ever since.

"So, I think it was that, mixed with a little bit of hard-headedness (laughs). But, as far as 'Idol' went, that whole thing was totally like a fluke. I didn't really even want to audition. I think that was just God kind of opening the door to fast-track me to where he wanted me to be. So, I pursued that a couple different years, and here I am."

The way Dixon sees it, "There are tons of people who know about God and know about Jesus. There's not as many people who have the relationship with Jesus," he said. "To me, it's like, once you have the relationship and you know how good he is to you, and how confident he is in your trial and tribulation - and even in the good times - it's like, man. How could you not want to talk about it?

"To me, that's kind of the point that I realized, even before 'Idol.' It's like, 'I just got to talk about it. I just got to let people know - just in case they don't know.'

"That's what we do. I don't want to throw it in anybody's face. Even if it's not saying anything at all. Even if it's just kind of living by example. 'Hey, I'm living proof of how awesome a God I serve is.' That's really kind of what it boils down to."

Dixon returns to Western New York Friday. He'll perform with Matthew West at the end of day one of the Christian Musician Summit Northeast.

He inadvertently described his set as if it were a cotton candy Blizzard. Just as the dessert combines that all-too-familiar creamy vanilla soft-serve with the sugary kick of candy topping, "We open up with a couple songs they might know, and as the night goes on, we end with a bang. That's for sure," Dixon said.

Of his current tour, which is winding down, he said, "It has been phenomenal. Matthew West has been such a joy to work with. And he's had his entire family out on the tour. It's been so much fun getting to hang with his two little girls and hanging with his dad - both his parents and his wife. Such a sweet family, who all have the same desire, and that is to preach the word; to be a light in a dark place. It's just really, really cool to see that." 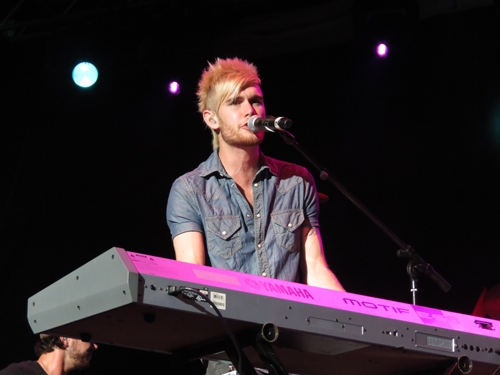