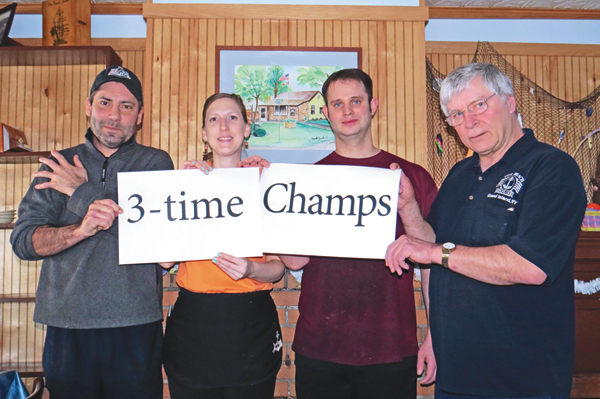 By Joshua Maloni and Sarah Swagler

If people are impatient to receive information, they're downright intolerant when it comes to waiting for a table at a restaurant.

Stomachs growl. Sighs are spoken. Alternative plans are proposed, as would-be diners stand and stare at the fortunate ones - those seated and eating.

Many times, people just throw in the towel and head for the door ... the car ... and the nearest eatery with an open table or booth.

That is, of course, unless they're at The Beach House on Grand Island.

Without fail, dinnertime lines form each Wednesday, Thursday and Friday. People squeeze onto a wooden bench and into a small corner where they'll remain for 15 or 20 minutes - and they like it.

OK, maybe they don't love this part, but they're willing to wait. Why? Because they know there's a fish fry awaiting them.

It's not just any fish fry, either. It's a mammoth, masterfully cooked haddock prepared by a man with more than three decades of deep-frying know-how.

And, for the third year in a row, it's your favorite fish fry.

"I don't know what to say," Beach House owner Mike Mongan said. "It's regular customers week after week. They know us; we know them. It's amazing how many people that come in - if they can, they'll sit at the same table. The same chair. And order the same thing every week - and often it's the fish fry.

"We're not just doing fish fries during Lent. We're doing it 52 weeks a year," he said. "So that helps us get good at it."

The quality of the fish helps, too.

"Every week we try to buy the best quality fish that's available," Mongan said. "We take a lot of pride in having fresh haddock."

"The cost is higher than it's ever been," he said. "I'm not happy that we did have to raise the price this year. ... The cost of haddock seems to keep going up. But rather than reduce the quality of the product by maybe going to a lesser-quality fish, such as cod, or there's places that use that tilapia, or Pollock is another fish, we've chosen to stay with haddock. It's what people like.

"I've tried the other fish and they just don't compare. Fresh haddock is what we offer, and we think people appreciate it."

Having Mongan in the kitchen doesn't hurt, either.

"I have a lot of experience," he said. "I've been in the business since I was a teenager. ... I've been here since 1984, and I had experience working with fish fries before I took over the Beach House in 1984."

"(But) it's not just me," he added. "We have a staff of people here that, I believe, we have the best staff of restaurant employees of any place on Grand Island - for sure. That all adds to the experience of coming to the restaurant.

"And I'm not the only one who cooks fish. I cook a lot of fish - maybe the majority of the fish - but we have other people here that are very excellent also."

As in past years, voters were quick to praise The Beach House. Selected comments (lightly edited) read:

•"The fish is the freshest in the county, and cooked to perfection - it has large portions and delish sides."

•"Everything is top-notch, fresh, delicious, and the waitresses are the best."

•"It's so good! I know the cooks put such great effort forth to make it so yummy. It is quality food and price. I love their fish fry - it is certainly the best one out there. I can never get enough of it."

•"Whether fried or broiled, it is always awesome - more than you can eat - and (it's) always great fish."

•"Their light and flaky, fresh beer-battered Haddock is amazing. I have tried others, but I keep going back to the best in Buffalo."

•"The fish fry here is phenomenal. It's flaky, moist and has a great portion. The sides it comes with are also great portions, as well as delicious. One could not ask for a better fish fry."

"The term that we use around here is 'Team Beach House,' " Mongan said. "It's just kind of a thing that we work together as a team.

"When you come in, especially during busy times, I hope that you feel that. 'Wow, these people are really, really working together.' "

While customers are willing to wait for a Beach House fish fry, the truth is ... they really don't have to.

The earlier the better, he noted.

"If you wait until after 5 o'clock, we might be saying, 'Well, it could be 45 minutes to an hour,' Mongan said.

Regardless of when an order is placed, "When we give a pickup time, we're serious about it," he stressed.

The Beach House is located at 5584 East River Road. Fish fries are served from 11 a.m. until close. 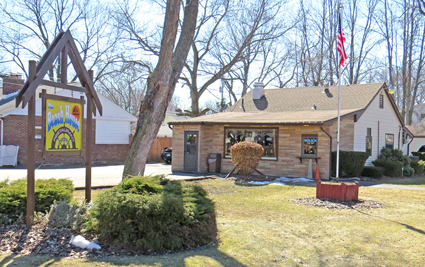