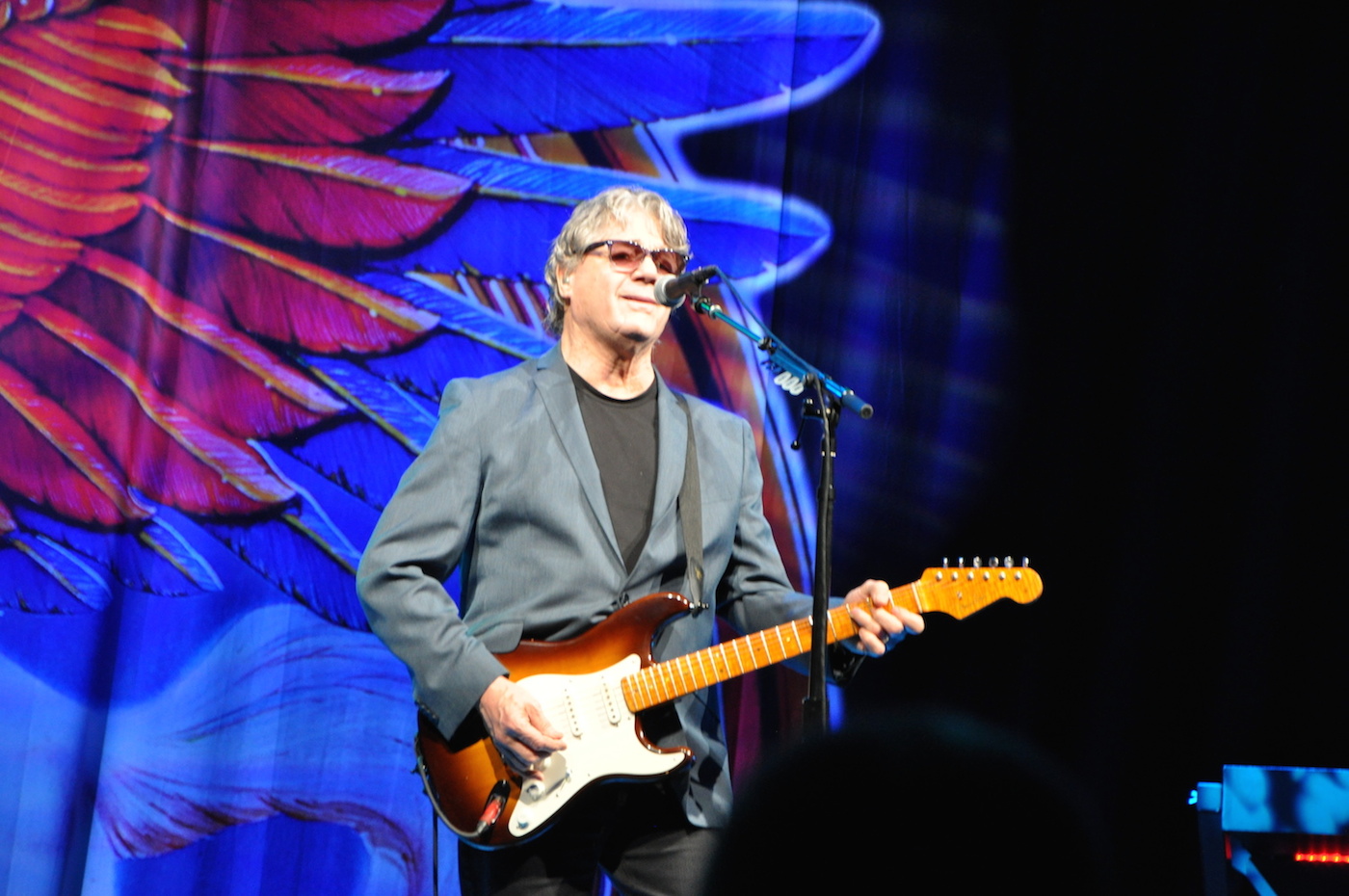 Review and photos by Sophia Smith

It was a jam-packed house at the Seneca Niagara Event Center Nov. 21 when the Steve Miller Band took the stage. There was no opening band, and Steve and his bandmates came out onto the stage ready to entertain the audience for a solid two hours of flawless music.

The backdrop of the stage was a '70s-inspired, retro/futuristic image of a giant Pegasus. A rainbow of lights changed color throughout different parts of the show. Miller was front and center, flanked by a backup singer to his left and the bass player to his right.

The show started with "Jungle Love," and included all of the great hits we love: "Abracadabra," "The Joker," "Rock'n Me" and "Jet Airliner." But I think all who attended would agree it was the intimate moment in the middle of his show that was magical - when Miller sat down in a chair, solo on the stage, to play a long and sentimental acoustic set. 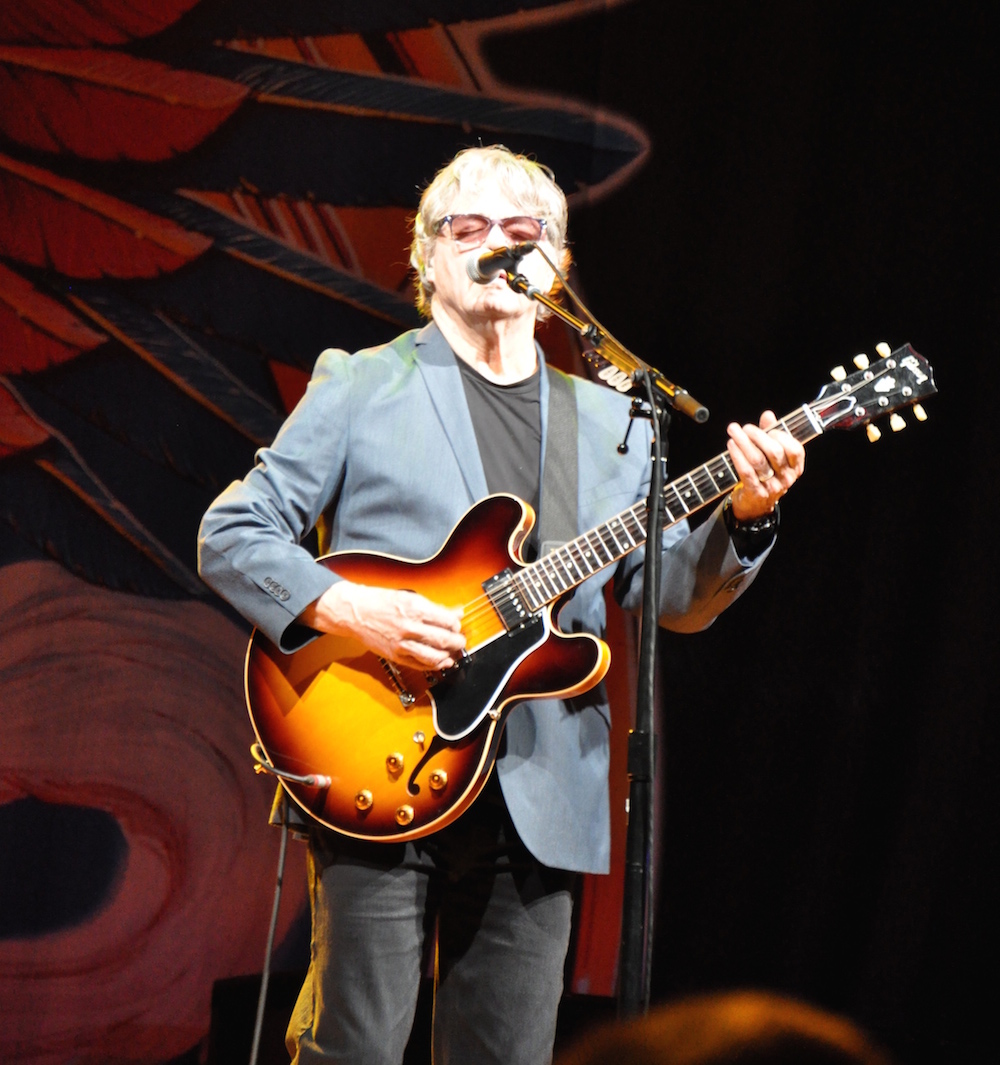 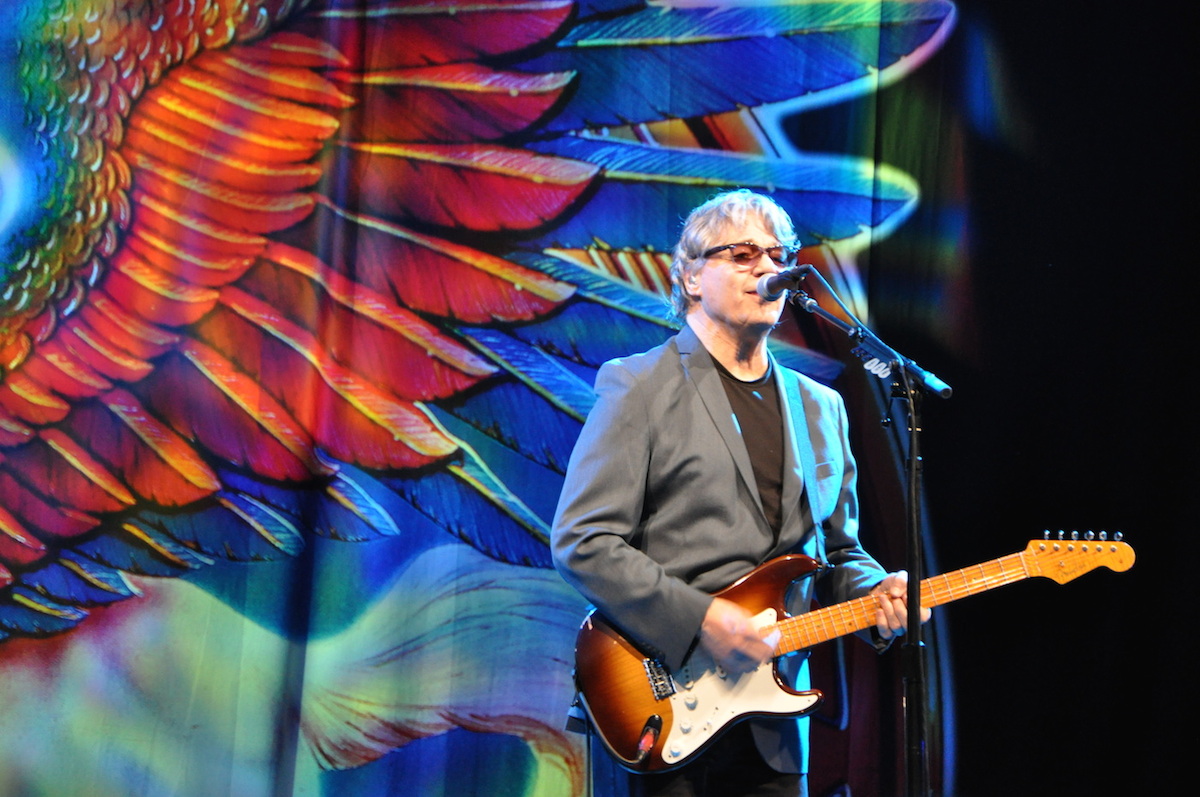 He greeted the audience by saying "Here's some campfire music to melt the snow. I live in Ketchum, Idaho, and we get five to six feet of snow all the time."

He recanted to the audience how T-Bone Walker taught him to play the guitar when he was 9; he started playing professionally when he was 12, in 1956.

Miller went to St. Mark's High School in Dallas and started his own band, The Marksmen. The Marksmen were a motley crew. Miller taught his brother to play the guitar and recruited him to be in the band since he was the only kid in the Miller house with a driver's license. Miller taught his friend, Boz Scaggs, to play a few chords so he could join the band, too.

Miller recalled how a fraternity house called to hire them for a gig, and he told them their fee was $75. The frat brother said, "No thanks, that's too expensive." So Miller said, "OK, don't hire us then." Soon enough, the fraternity called back to book Miller and his band. Word got out how great they were, and the band was booked at fraternity houses the entire semester.

Miller charmed the audience with his tales of touring the Delta Blues Museum near Memphis while on tour. He described the museum as underwhelming, all the while recognizing the significance of the blues as a purely American form of music, and telling us he is a supporter of the museum. When touring the area, he suggested you stop in for a visit at the ever-improving museum.

The biggest surprise as a concertgoer, for me, was not how great Miller's voice was (which it was), nor how excellent all the hits sounded (which they did), but what a master of the guitar Miller truly is. Putting all the hits aside, it would have been a worthwhile show to just witness Miller's magical guitar prowess. He easily played seven or eight guitars throughout the show. A telltale sign of his favorite guitar was a worn-out spot in the wood where the button on his right jacket sleeve left a mark.

The Steve Miller Band will tour the south in the new year. If you have never seen him, or want to witness his amazing talent again, go to www.pollstar.com and check out the rest of his tour dates. You will have a fantastic time at his concert, and you will thank me. 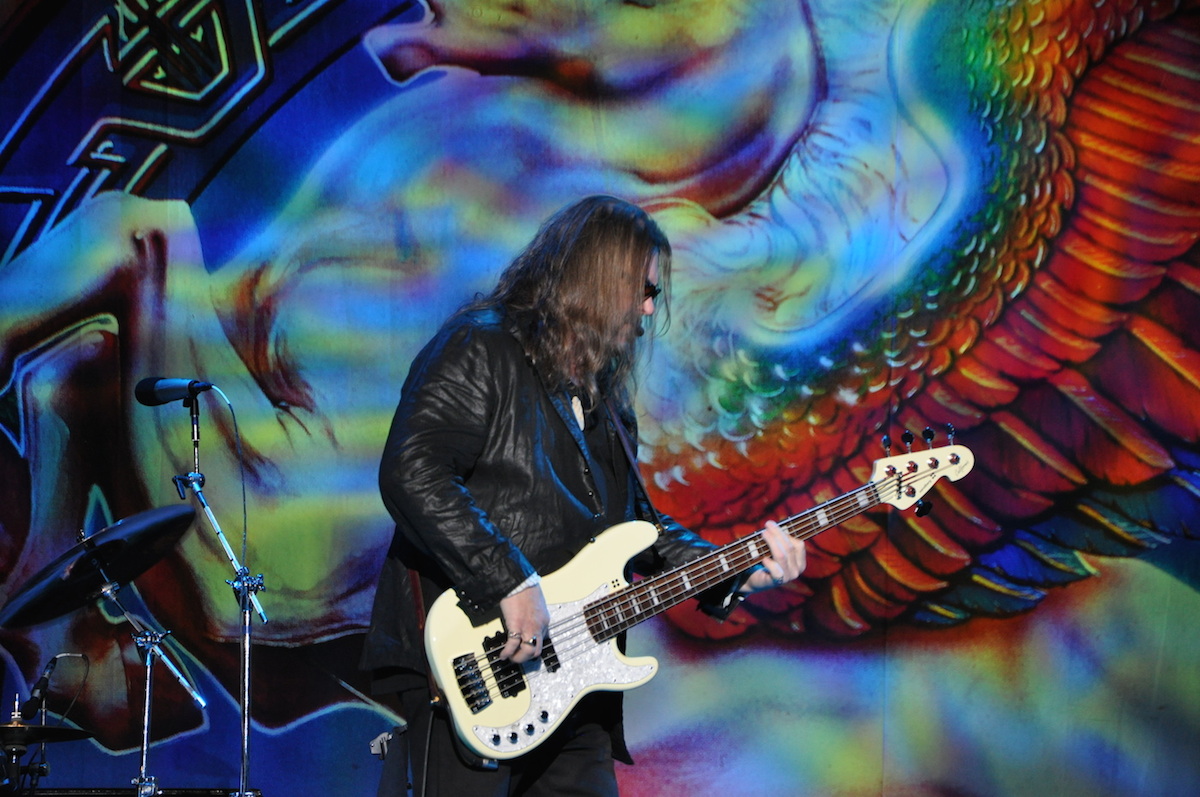 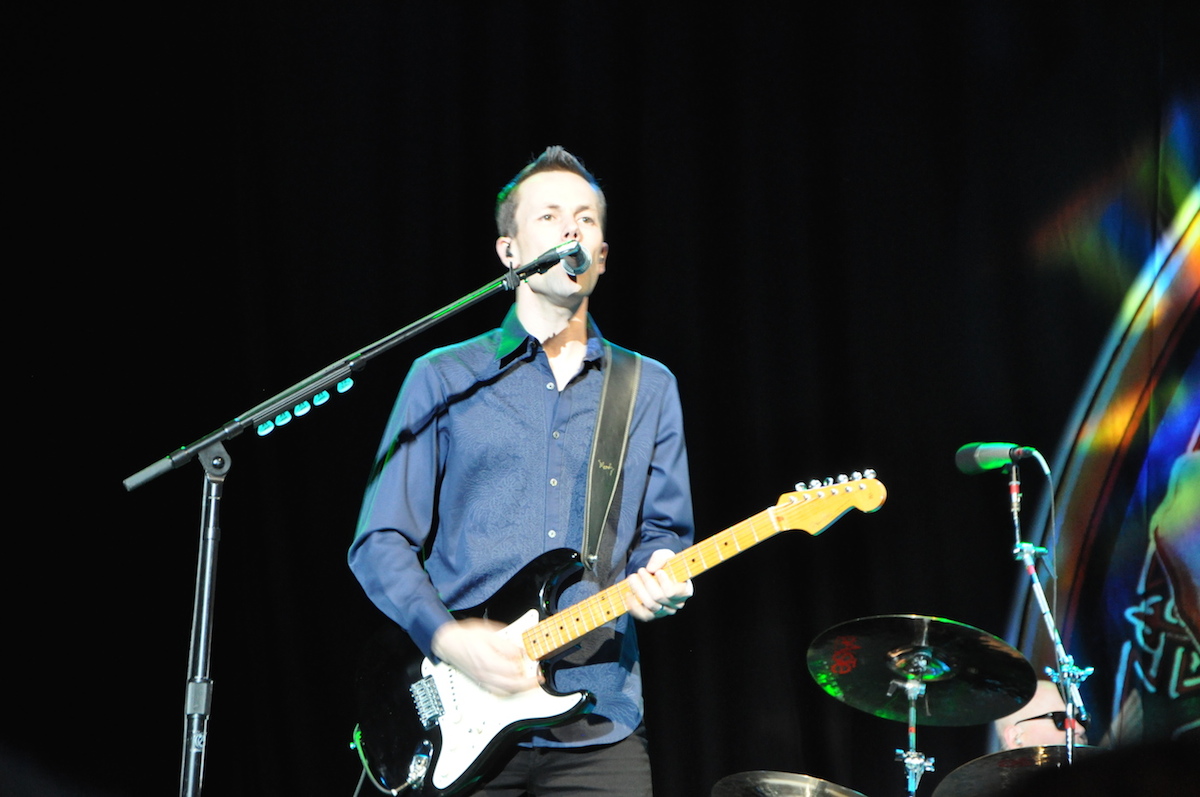 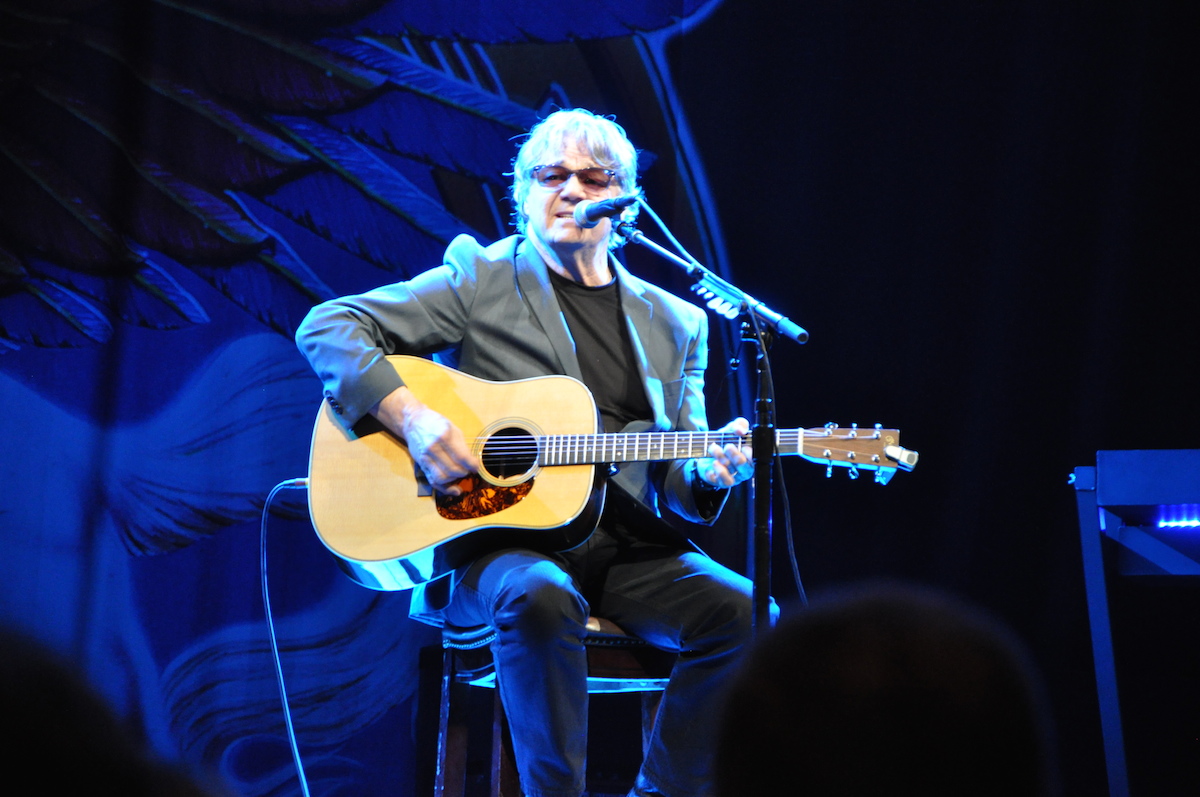