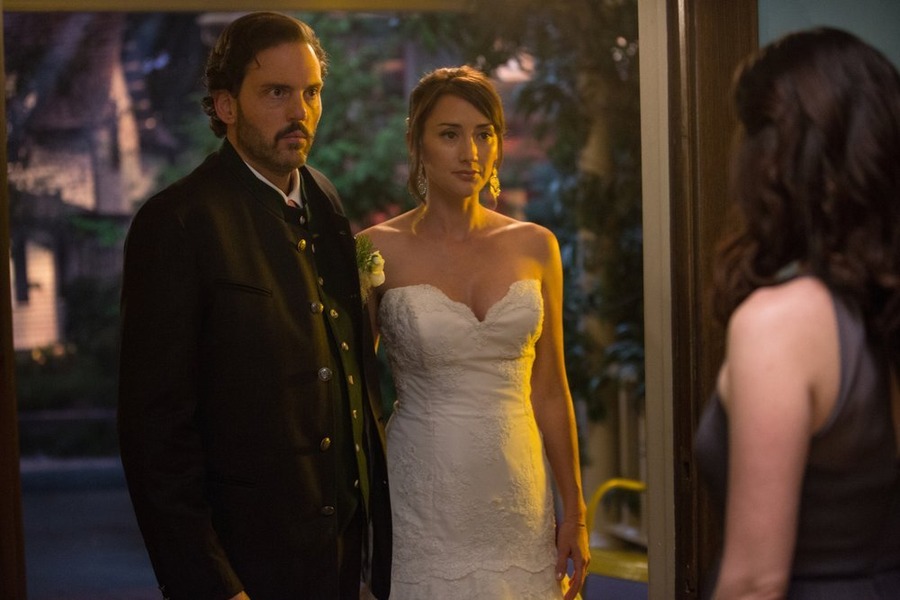 Not everyone on "Grimm" was excited to learn Monroe, a Blutbad, was marrying Rosalee, a Fuchsbau. Some members of the Wesen community were offended by this interspecies relationship and intend to make trouble for the newlyweds.

At the end of last week's episode, two men in jagged black masks sat outside Rosalee's exotic spic shop watching her and Monroe.

"I mean it's been pretty sweet for me and the lady. The only hiccup really was my parents being a little old school as far as the inter-Wesen relationship, and we got over that hump pretty well. But I think what went down at the wedding has sent a kind of a bad signal, (which) is now out in the Wesen world," said Silas Weir Mitchell, the actor who plays Monroe. "They know what's going on, and I think there's a lot of people who have issues with it. And I don't think it's going to be as easy as it was convincing (these) people that we're OK as it was to convince my parents. So I think there's a target on our backs, basically."

Monroe and Rosalee are working with Elizabeth, Capt. Renard's Hexenbiest mother, on a cure for Nick, who lost his Grimm powers in the season finale. This opposition could set them back and further delay his return to power.

Find out when "Grimm" airs tonight and each Friday at 9 p.m. on NBC. 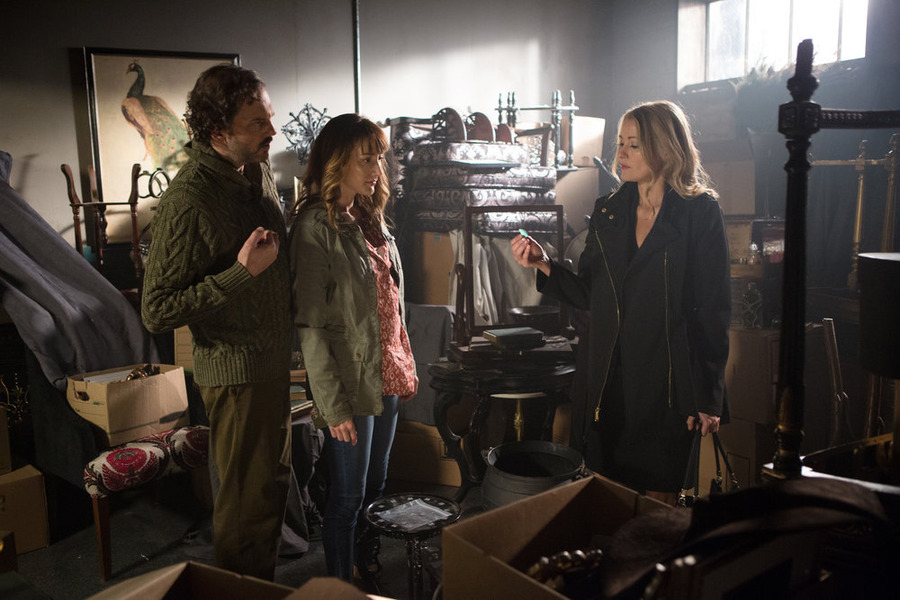