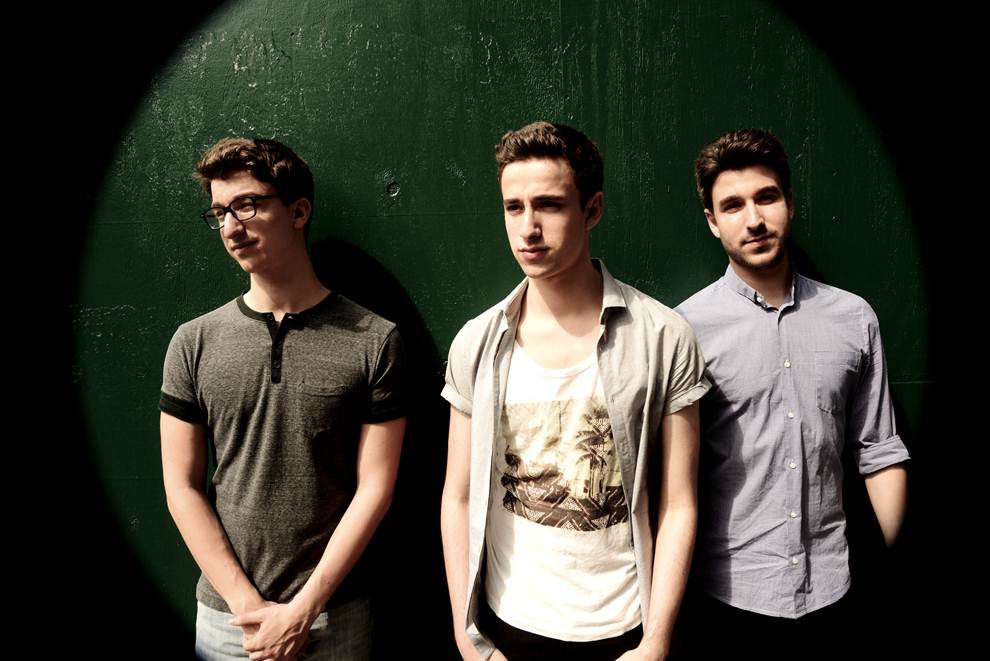 New York enthusiast Frank Sinatra very famously once said, "I did it my way." Of "The City That Never Sleeps," he noted, "If I can make it there, I'll make it anywhere."

The Met brothers - Adam, 24, Ryan, 20, and Jack, 17, have given new life to those decades-old words, crafting their own unique sound in their Chelsea living room and on New York's city streets. They wrote and recorded their breakout song, "I'm Ready," with busking profits - without a record label or (insert name here) hitmaker - and posted it online, where it's been viewed by more than 1.5 million people around the world.

It's remarkable - but then, AJR, as the brothers call themselves, has made remarkable the norm, convincing Sia to retweet a link to "I'm Ready," hooking up with S-Curve Records head Steve Greenberg (and convincing him to take a "hands-off" approach), touring with a bevy of up-and-coming pop stars and finding placements in Billboard, the New York Post, Vevo and SiriusXM.

On the eve of a headlining tour, AJR's Adam spoke to NFP about the band's do-it-yourself approach, "overnight" success (or lack thereof), what it means to have a hit song, and performing in Buffalo, where the band has found favor with KISS 98.5. 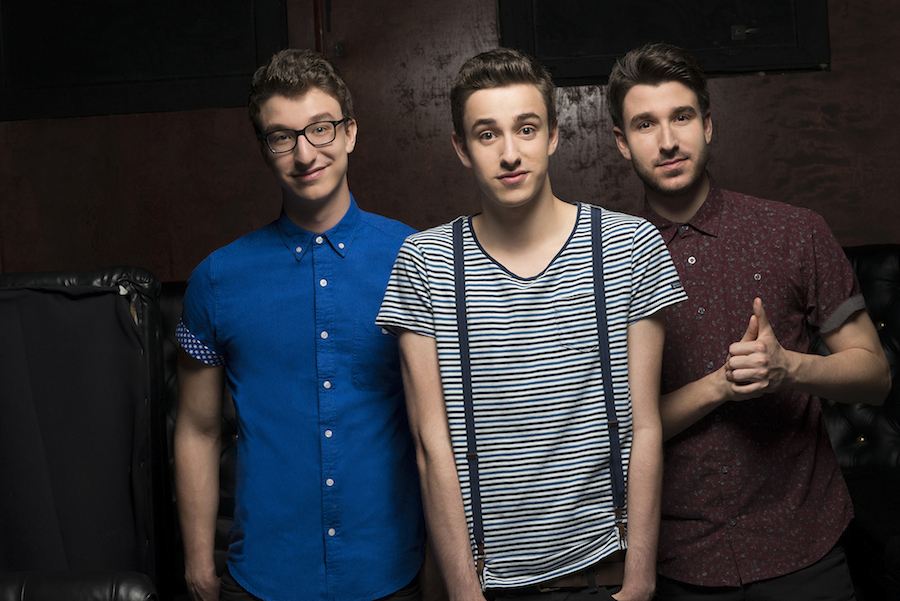 JM: You guys are brothers. Not everyone could work and travel with their siblings. How does that work?

Adam: Growing up in a really small apartment in New York City, all three of us shared a room for about 12 years. So, we were forced to get along with each other. And also listening to the same music growing up, our parents introduced us to a lot of music from the '50s and '60s. So, we really all had the same vision for the band.

On the road, it's actually pretty easy. We don't tour in a bus or anything. We're in a van; and we're right on top of each other and it's really crowded, but, I mean, it's fun to be able to travel with family.

JM: You got your start busking at a pretty young age.

Adam: Yes, Jack was about 8 years old when we first started in the parks in New York City.

JM: What appealed to you about busking - especially at such a young age?

Adam: We saw a show at a really small club in New York City with this relatively unknown folk artist - his name is Richard Shindell - and we really liked his stuff. And after we walked out of the show, we said, "We could do that."

So, we'd been playing keyboard and guitar and a couple other things and singing for a little while. We decided to just try performing. And we had no fans - and didn't even have a name for the band or anything. So, we thought the street would be a good place to start practicing.

We just took our ukulele out onto the street, and we had a small amp and a couple microphones, and we just wanted to see how it worked. And, in the beginning, we really didn't get anybody, because we were in Washington Square Park and, you know, people are not out on the street to watch music. They're there to get from place A to place B.

By the end, though, there were pretty big crowds. We had between 150 and 200 people just crowded around listening to the music.

That was really encouraging.

JM: What I've read about you and heard suggests it wasn't a difficult process to get where you're at today. Was it really that easy?

Adam: It wasn't that easy. We had a couple of formal lessons when we were younger, like for keyboard, and we actually started out in theater when we were really young. But, to move into the pop world, we were never formally trained, really. Like, I picked up the bass and started playing it, and Ryan and Jack both play the ukulele, and we just kind of figured it out as we went along. But it's been almost 10 years of nonstop work, and eight of those years (there) was absolutely no success.

So, street performing, yes, there might've been 150 people around us, but that didn't translate to anything. It didn't translate to video views, or music sales, or any of that. So, we started putting up cover videos on YouTube; we started putting some songs out on iTunes. And then for six or seven years after that, it was just nothing until we wrote the song "I'm Ready."

It really is all about that first song to open the door to the rest of the industry for you. And Sia found our song on Twitter, she retweeted it, and invited us to brunch. Then we're here.

JM: I think I'm a fairly intelligent, capable person, but I'm sure I couldn't convince Steve Greenberg to allow me to make and promote my own music in my own way.

(Adam said AJR met with record label officials who wanted to tweak their work or put them in a room with more established songwriters.)

Adam: Steve said, "No. You know exactly who you want to be. You know the kind of music you want to be making. You know how you want to dress; how you want to be perceived. Let's not change any of that. Let's make this band the most real band that we possibly can, and let's put the music out exactly how it is." There are very few artists out there - and this is according to Steve - who actually write and mix and produce everything themselves. He said that's something original, and that's a story that people could really grasp onto. 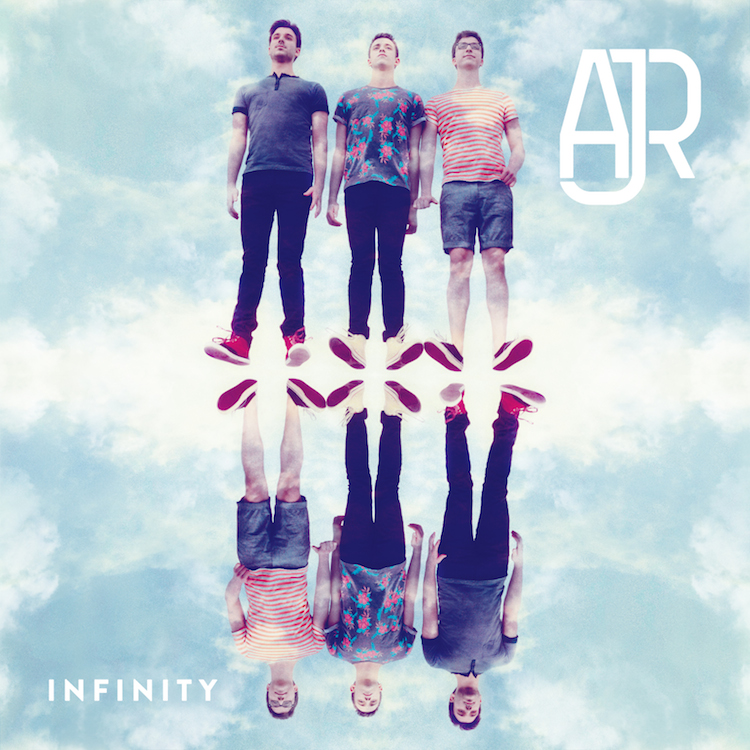 JM: The acoustics in your living room must be really something.

Adam: (laughs) The acoustics are not as bad as you would think they would be, especially in New York City. I mean, you look out the window and we might have to pause recording for an ambulance going by. But we recorded in between fire trucks and ambulances. And it's on a $90 microphone that, the money we actually made street performing, we went to the guitar store and bought a $90 microphone. And the entire record, even "I'm Ready," was recorded on that.

JM: You live in a place where the whole world comes to "make it" as a singer or actor. You've found success there strictly based on your talent - no bells or whistles. Does that surprise you?

Adam: Because it's been a very long, hard road, we feel like what we're doing now is a direct result of all the work that we've put in. And it's really nice that (it's) what we are doing that is making it happen.

But, so many people see bands as overnight successes. Then the people who heard "I'm Ready" on the radio for the first time thought, "Who is this band? They just started and now they have a song on the radio?" And it doesn't really work like that.

To be a part of every step of that process and working from and building our studio at home, to the recording, to the mixing, to going to every radio station across the country to talk to them and to play for them, you know, there's so many tiny steps that people don't see. But it's really nice to see that our work and every step of what we're doing has paid off to get to this place.

JM: You have a hit song. Obviously, every artist wants a hit song. But are you worried it will pigeonhole you?

Adam: Our next single, which the video is dropping in a few weeks - then we're going for radio, I believe, about a month or so after that - is called "Infinity" (also the name of AJR's tour). It's a different-sounding song, although it's still AJR.

We take inspiration from so many different places, and our goal with our music is to make music that we like to listen to - and hopefully the world likes to listen to, too.

So with our music moving forward, even stuff we're writing now for our album, which is coming out in 2015, we're writing stuff that runs the gamut of all different styles of music. So we won't really be forced into that one lane.

(AJR has since signed with Warner Bros. Records.)

JM: Your debut album, "Living Room," was supposed to debut last month. It was pushed back. Are you disappointed the record was delayed, or excited to have an opportunity to add additional songs?

Adam: We are really excited that we can add a bunch of new songs. You know, a couple weeks before it was supposed to come out, we were in the living room and stumbled upon this idea for how to make "Living Room" something that hasn't really been done before, in terms of (an) album. So, there are some tracks on there with new sounds that I've never heard on a song before. And even in some ways about how the album is structured is something completely different.

So, we're really excited that we can make it not just any old album, but something that's really special.

(AJR will perform Thursday, Oct. 30, at the Waiting Room in Buffalo. Adam said Buffalo music fans have taken to the band.)

Adam: Buffalo, the fans there have been so supportive. The day that our second single came out on iTunes, they were writing to the radio station to please play the song. Buffalo has been a market like no other that we've visited, because of how awesome all the fans are.

JM: For those who will see your band for the first time Thursday, what can you say about your live show?

Adam: This live show is different from the last time that we went out live. It's the three of us on stage ... and we have a drummer. We've also added a lot of things to our songs. They're not just what you hear on the tracks.

We play 12 different instruments on stage between the four of us now, and we break down the songs and put crazy drum breaks in there. We're going to be doing a bunch of covers, but not the traditional way you would hear a cover - kind of making it our own; doing some mash-ups; incorporating them into other songs.

So, the show is going to be pretty crazy.