It was a beautiful day for a wedding.

The bride in her stunning new dress, and the groom looking dapper as ever, stood before family and friends exchanging vows. It was a fairytale ending for Monroe and Rosalee.

Except that this is "Grimm," and happy endings are, well, complicated.

As season three came to a close, Trubel (Jacqueline Toboni) crashed the wedding to warn best man Nick (David Giuntoli) he was in danger. It seems Adalind (Claire Coffee) had cast a spell that not only tricked him into believing she was his girlfriend, Juliette (Bitsie Tulloch), but had taken his Grimm powers away, too. Trubel knew this because Nick's Portland PD captain, Sean Renard (Sasha Roiz), filled her in on the details ... before he was (fatally?) shot outside of Nick's and Juliette's home.

Oh - and did I mention Trubel is a Grimm, too? When she burst into the wedding, several Wesen guests woged, or transformed into their mythical second selves. They panicked, thinking she would kill them (that's what Grimms do, after all), and stormed toward her, forcing Monroe (Silas Weir Mitchell) and Rosalee (Bree Turner) to make a hasty retreat from the altar.

Meanwhile, back at the house, Sgt. Wu (Reggie Lee) finds drawings of an evil creature he encountered ... and a beheaded FBI agent (don't worry; he was evil).

Suffice to say, when "Grimm" returns tonight (9 p.m., NBC), all of the characters are in chaos.

"Oh, boy," Giuntoli told BTS. "Yes, so, Adalind and Nick are now connected in some magical - horrible - way. I don't know if I can say why. I certainly can't say how this all ends. Juliette (is upset). ... Monroe and Rosalee, honeymoon postponed due to the chaos that's ensued. Wu getting very suspicious of what he's been seeing. Me, obviously, where'd the Grimm go? I'm freaking out."

"Yes, everybody is in a state of chaos. And that never really ends on our show. That's kind of the fun," he said. 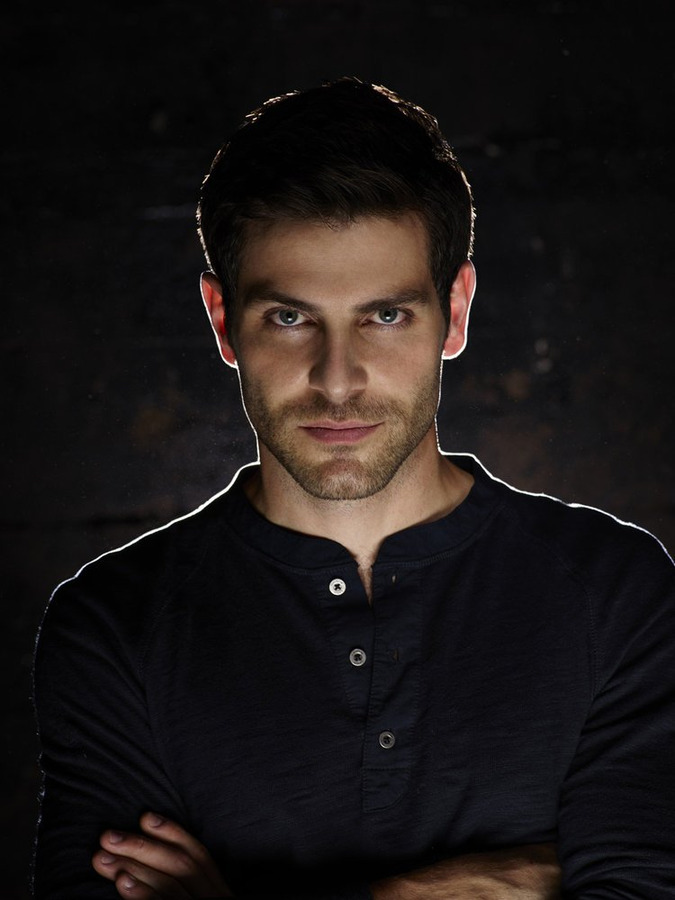 In season four, Lee, said, "That first episode coming back, it goes right back into it. Exactly where it left off."

"It doesn't stop from there," he promised.

Giuntoli, whom audiences have only seen as a super-powered Grimm, will have to go back to solving crimes in a more traditional way (at least for now), as he tries to figure out why his powers are gone (and if he can - or should - get them back).

"I mean, he's kind of enjoying his new normalcy, I think, in a lot of ways. But he also knows that the Wesen are out there. So first and foremost he's going to be using Trubel as his seeing-eye Grimm," Giuntoli said. "He is going to be tapping Monroe - which he used to do - tapping on his shoulder quite a bit. He's going to be using his team of Wesen and Grimms to try to do what he used to be able to do. But he doesn't have his powers anymore, and that means that not only can he not see the Wesen, he's just not as powerful as he was.

"He has to focus on being a cop again. He used to solve crimes without having blatant tells as to who did this. So now he has to remember why - remember that he was a good detective and start solving cases the old-fashioned way: Through evidence."

Giuntoli said it was interesting playing Nick as a regular person.

"Yes, I - it's fun to just be a normal dude again, who is still somehow, you know, tormented by knowing that there is this other world out there, though," Giuntoli said. "He's no longer really a part of it. He's just kind of adjacent to it.

"Yes, playing it like it was a great loss of almost like a loved one. This thing I had become so - I hated so much in the beginning - these Grimm powers - and then suddenly - slowly - came to really love and depend on - now it's gone.

"So it was a painful process to go through and, you know, the bright side could be it could make things better for Juliette and me. But, yes, I am no longer the Grimm. So there is still a Grimm on screen. So it was true to the title of our show. But it was fun to play a normal guy." 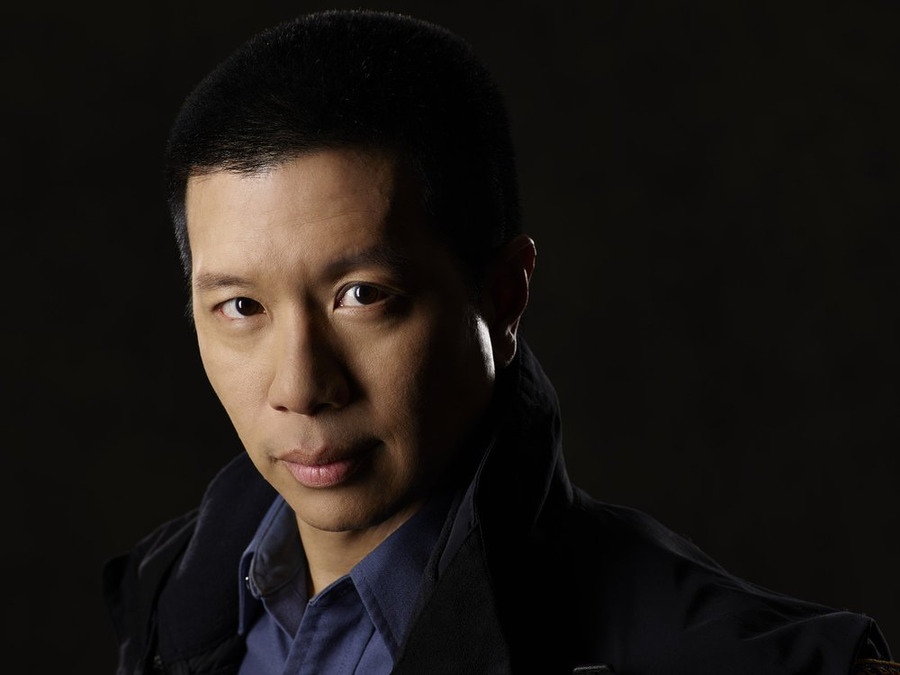 Lee's Wu, meanwhile, is not having as much fun.

As the one main character left out of the "Wesen are among us" loop, he was horrified - and nearly driven crazy - when one transformed in front of him last season, almost killing him in the process.

"It's easily one of the most memorable things I've ever done (as an actor)," Lee said. "That experience was really great for me."

Wu had served as comic relief. But his encounter was no laughing matter.

With Nick's powers sidelined, and uncertainty at every corner, Trubel "becomes more ingrained in the fabric of our lives," Giuntoli said. "I desperately need to teach her what it is to be a Grimm. It's not just a free pass to go kick Wesen a** all day long. I try to show her the finer points that, you know, you - I try to tell her that I would actually try to use the law before I would just, you know, go all rogue and Grimm."

"What I love about this show," Lee said, "what it's doing now, is it's taking each character through an individual path.

"I think it breeds for some real great conflict, and some great action."

For more on "Grimm," visit its official show site, www.nbc.com/grimm. 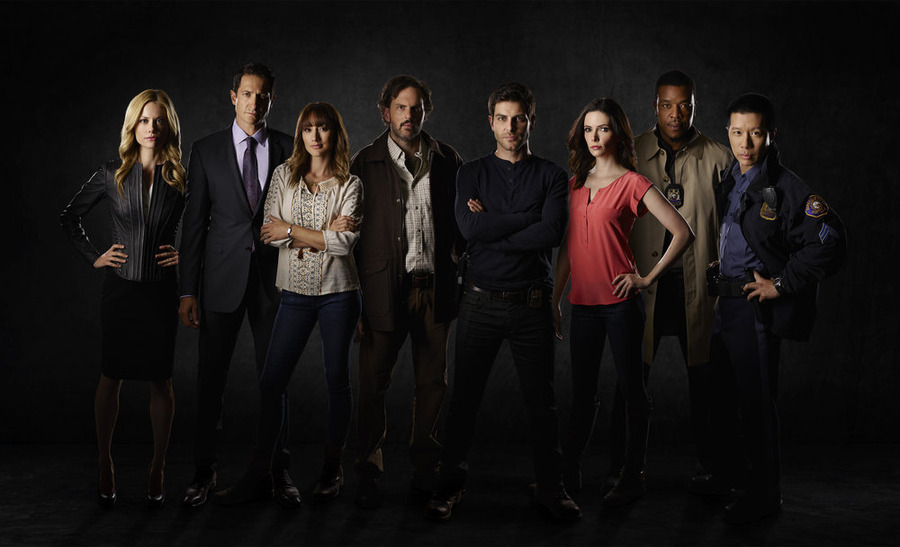