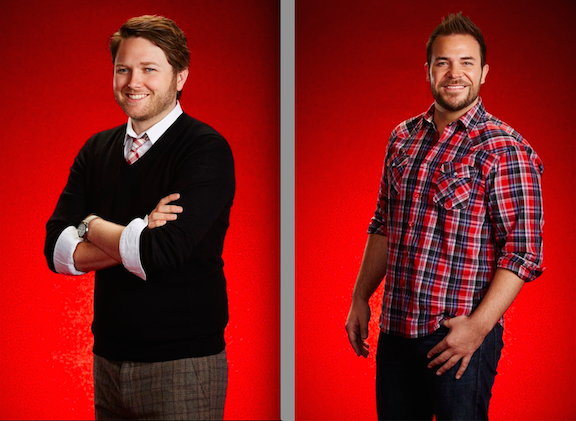 As it's done in past years, "The Voice" kicked off season seven with top-tier, four-chair turns in the premiere episode's opening and closing slots.

Soulful Luke Wade started things off with a dynamic rendition of Otis Redding's "That's How Strong My Love Is." The 31-year-old Texas native quickly drew "I Want You" nods from coaches Adam Levine, Gwen Stefani, Pharrell and Blake Shelton.

"We did it," Adam exclaimed as he stood on top of his chair. "We won 'The Voice!' This is amazing.

"I wish I could be higher up. I want to swing from rafters, and I want to sing from the mountaintops."

"You're going to win, and it's going to be on my team," Adam added.

"Are you like a professional singer?" Gwen asked. When Luke said he had "a band and van," she replied, "I've been in a band since I'm 17 years old. And none of these guys have really done what I've done. The experience that I have, I can really project it into you. I can do it."

"I know a thing or two about 'Blue-eyed soul,' " Pharrell said. "You could ask Justin (Timberlake). You could ask Robin (Thicke).

"With Adam, you're going to get a great vocal coach; with Gwen - I mean, who wouldn't want to be on Gwen's team? And Blake, that's the heart and soul. But I know what to do with that voice.

"That's all I want to do is be your amplifier." 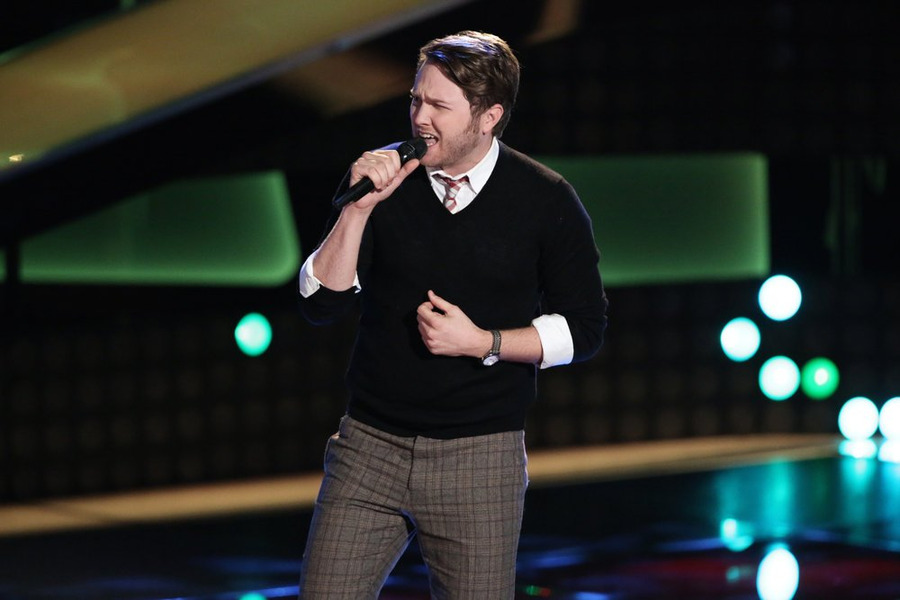 "First of all, I can't believe this performance wasn't, like, a guest star - you already did something incredible," Blake said. "I know a thing or two about winning 'The Voice.' You can ask Jermaine (Paul). You can ask Cassadee (Pope). You can ask Danielle (Bradbery).

"I have no doubt that Pharrell could probably make an amazing record on you, and that's going to be awesome when he does it after you and I win this show. That's what we need to do first."

Luke said, "All of the coaches have made something that has moved me in some way."

In the end, he chose Pharrell.

Luke began dancing before he began singing. He's been in a band for more than a decade, gigging night after night in coffee house-type venues.

Speaking to BTS, he said his goal in working with Pharrell is to learn the mentor's perseverance.

"I could feel his energy," Luke said. "He's got a very - he's got a calmness to him, and he has, like a - he's very deliberate in his communication. ... And that's the way that I would like to be. He's very good at being present in the moment, and you know - and looking at you. Like,'I know what to do with that voice.' Just saying what he's thinking in an articulate and intelligent way.

"In terms of what I'd like to learn from Pharrell, it, I guess, you know, it goes beyond music. He's a person that has never stopped pushing forward in his career. And he, you know, he's had a lot of setbacks, and he's been the hot hand, and he's not been, and he's come back from it. And he never stops. He keeps on ... he always wants just to do it by being himself. He's not the kind of person that reinvents himself to try to do something, it's more along the lines of just getting better at being himself, and continuing to work at that, and just having faith that it's going to work out for him.

"And so, that's the kind of artist that I'd like to be, and that's what I've done, but, just, you know, on a small level. And I want to learn how to really do it from the master, you know? And so that's my mindset." 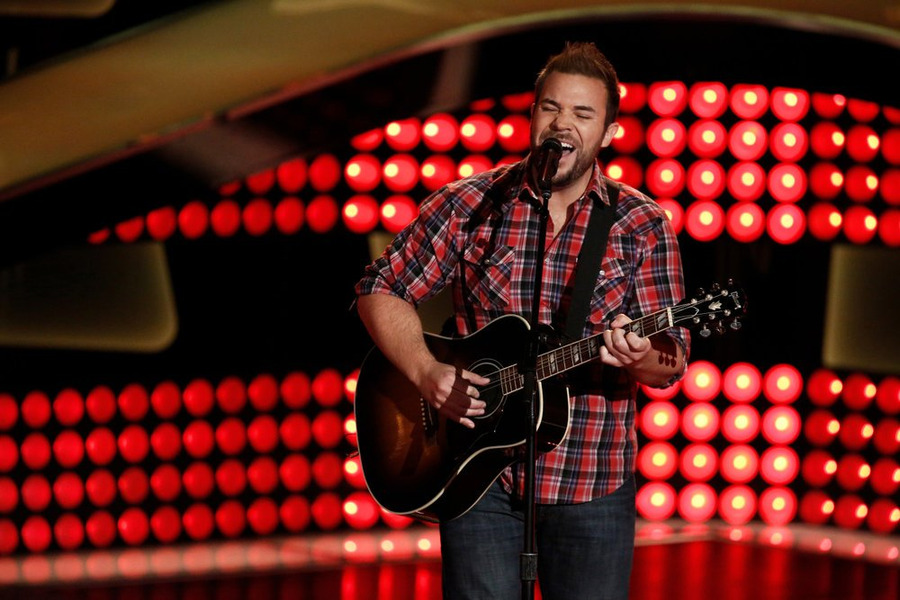 Country singer James David Carter, 34, of Atlanta closed out the season premiere with a cover of "Nobody Knows."

His four chair-turners couldn't hide their desire to acquire his services. Adam and Gwen actually stood on top of their chairs to try and land James.

"There wasn't a nervous second in your performance," Pharrell said. "You were, like, totally in key. You had so much finesse. As a coach, this is what you dream of. You are the total package."

"I have nobody on my team like you," Gwen said. "What's going to happen on Blake's team is he's going to have all the country artists. They're going to battle, and he's just going to wipe out people left and right."

"I haven't lost my ability to hear yet today," Blake said. "In seven seasons of sitting in this chair, that may be the best country audition that I have ever heard."

"I don't want to see you end up on a team that there's not a working knowledge of what's either current in country music; what is classic in country music. You've got to do the right thing here."

"I'm not going to lie to you and tell you I know more about country music than Blake Shelton does. He's the authority, and he's one of my best friends. I love him to pieces," Adam said. "I hate losing. And I just know you can win this thing - no problem. And when I know that, I have to fight so hard. And I will guarantee victory if you choose me. I guarantee it! That's how bananas I am."

The singer, like Luke, has struggled for more than a decade to make a living from performing. He's worked the bar circuit and opened for national acts (including Blake, whom he once performed with in Atlanta).

Speaking to BTS, James said he hopes "The Voice" will further hone his skills.

"Well, what I hope to get from 'The Voice' is, obviously, when you set out to be an artist, you obviously want to, you want to do it at the highest level possible. At least that's what I did when I first started out - that's what my goal was," he said. "And obviously you want to be exposed to as many people as possible. You know, and beyond this show, hopefully it'll springboard into people, you know, knowing me enough to where they're interested in my own music - the music that I write and that I've done before this show, and that I plan on doing after."

"The Voice" continues tonight. It airs Mondays and Tuesdays at 8 p.m. on NBC. For more information, visit www.nbc.com/the-voice.