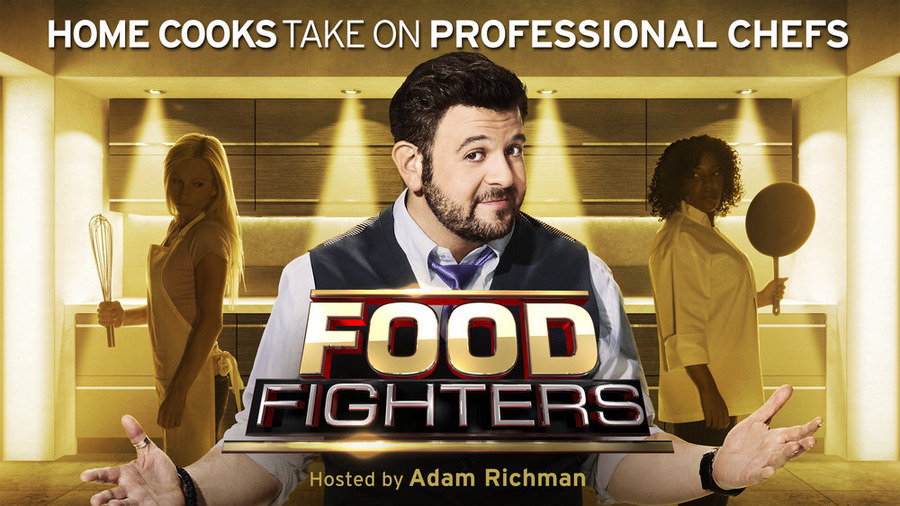 Eat in or dine out?

NBC is bringing new meaning to this important question we ask ourselves each day.

The Peacock Network is rolling out a new series, "Food Fighters," which will pit home cooks against some of the country's most famous professional chefs in a battle to determine who can make select dishes best.

"I grew up worshiping and respecting the home cook," host Adam Richman ("Man v. Food") said in a conference call last week. "I'm sure you're probably like me. My mom makes the best blank. I look forward to Grandma's blank. I mean, for every kid that ever, like me, took Thanksgiving leftovers back to college and stuff like that, you have those dishes. And, for me, (the show's appeal is) to see the home cooks get a chance to shine and get their respect in the same arena as true culinary titans."

"Food Fighters" is equal parts cooking show and game show. Each week, home cooks will match their signature dishes against a culinary "who's who." Participating chefs include Cat Cora, Elizabeth Falkner and Lorena Garcia.

"The home cooks have their five best recipes," Richman said. "So, they know them like the back of their hand. And, in more cases than not, it's, like, a second- or third-generation recipe by the time it's gotten to them. The pro chefs have vast, vast oceans of talent and expertise, but they don't know the dish until right before - and they don't have any recipe that they're following. They just sort of have to go on what they know."

With each victory, the home chef will have the opportunity to walk away with a cash prize (up to $100,000 total).

"It could be your mom; it could be my mom. I mean, you have everyone from an African-American decorated soldier who was wounded in action to a mom who developed a recipe that she's actually cooking because her son had autism and would only eat foods of a specific color; someone who created a recipe for his college roommate; something someone made for their wife on their first date and it became a thing. The stories are so real and so human and so accessible. ... It's the coolest; it's really so neat."

With the advent of the Food Network and an assortment of cooking shows across the TV dial, the separation between the home cook and the professional chef has diminished in recent years.

"It's absolutely true," Richman said. "I think that, especially in the day and age where organic isn't just a buzzword - people know what it means. People know what free range or cage-free mean. And people are more informed as food consumers, that I think that having access to better ingredients and having immediate access to skilled professionals that are approaching every kind of food, from Italian or Latin cuisine or Asian cuisines, to specific styles - barbecue or Southern cuisines and stuff like that - that I think what is kind of great about what I've seen with the home cooks and the professional chefs cooking side-by-side is that there's a level of technique that home cooks have in addition to the traditions that they bring to the recipes that yield some really, really incredible results. And I think that now you will see, in many cases, like a really, like, rustic recipe with, like - one of the home cooks on 'Food Fighters' makes bacon glass. It's really remarkable."

Richman has traveled around the country dining at the most unique eateries, and is well known for his appetite and his culinary knowledge

So how would his best dish stack up against the competitors on "Food Fighters"?

"Before I saw these guys cook, I thought I would have a better shot than I did, and these guys brought the thunder, like, every episode," he said. "My signature dish ... oh, that's a, that's a toughie. My miso-roasted vegetables are pretty well-known. And I make - my pulled-pork egg rolls, I think that's another one that people tend to really like. And I make a particular sort of spicy salmon sushi roll that some friends of mine have requested for a couple of events.

"I think those are my top three. And, honestly, Grandma's sweet and sour meatballs, but that's Grandma's recipe. I am just a conduit for Grandma's awesomeness."

"Food Fighters" debuts tonight and airs each Tuesday at 8 p.m. on NBC. Discover more about the show online at www.nbc.com/food-fighters. 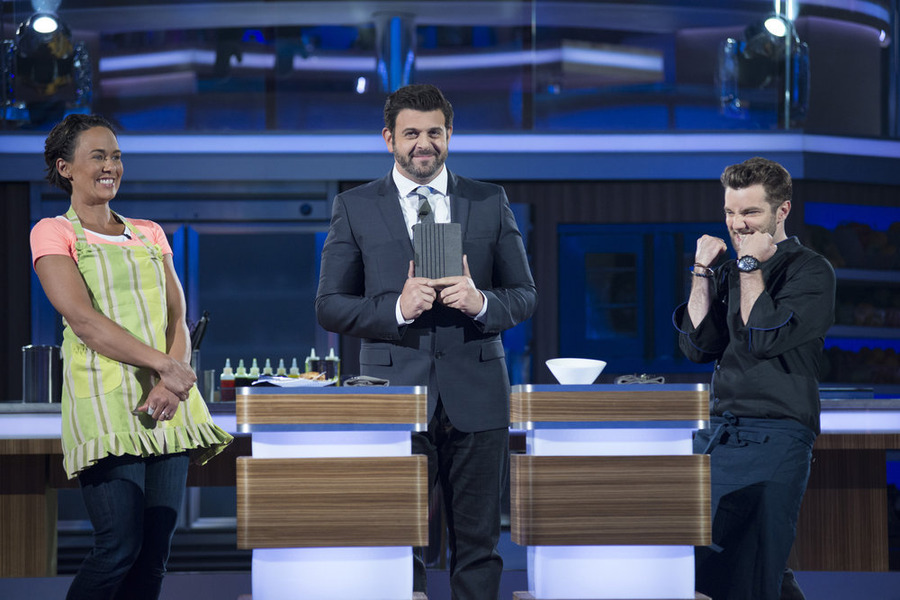