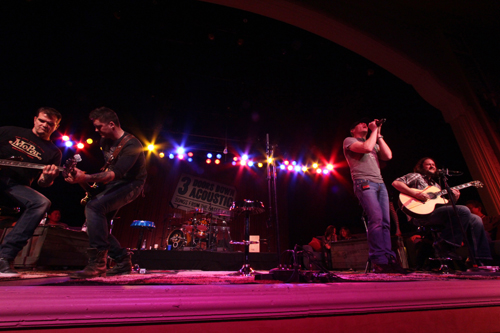 3 Doors Down has been an absolute hit machine since 2000, with a dozen songs cracking top 10 music charts, and four albums hitting No. 1.

But the band behind "Kryptonite," "Loser," "When I'm Gone" and "Here Without You" will be the first to say there's no magic formula or absolute path to success when crafting music.

That's why frontman Brad Arnold is so excited to hear fan reaction to new 3 Doors songs.

"We're in the process of writing another record right now, and we're taking some of those new songs out that we've got and playing them live," he said in a recent phone interview. At a tour stop last month, Arnold was taken aback by what he heard. As soon as the show ended, he called his manager. "I've never had a reaction to any song that we've ever played live before it was on the CD, that the first time they heard it, that they were like, they were into it.

"We played a tour the other night. It was like the first or second time that we played it. And, you know, it's an acoustic set and the crowd's right there. There was a few people up front saying, 'Play it again!' "

"It gives you such a boost of confidence, you know, because a lot of times you write a song that you think could be a great song, and it turns out that it really just doesn't go over with the crowd," Arnold said. "Sometimes you write a song that you think, 'This one's going to do alright,' and it didn't just blow you away with the crowd's reaction."

When the response is positive, like it's been with the new songs, "It really gives you a lot of confidence in what you do," Arnold said. "It makes you feel really good to see it go over like that."

Since the beginning of the year, 3 Doors has been touring with an acoustic show they call "Songs From The Basement."

"It's just cool, man. It's a cool vibe," Arnold said. "We really don't approach those acoustic shows as a 'show.' We try to make the crowd feel like they're, really, you're just at band practice. We sit there and joke around and tell stories and interact with the crowd, and we want them to interact with us a lot - as much as possible."

It's in that "band practice" that 3 Doors debuted three new songs.

"One of them lends itself more to a rock show. It's this song called 'You Better Believe It,' " Arnold said. "Man, the reaction has been really, really great. ... On the acoustic shows, we play this song called 'Pieces of Me,' and another one called 'I Don't Want to Know.' "

"Pieces of Me" is more pensive.

"All my friends on there are like, 'Man, that is a song that feels like you got in my head and wrote that,' " Arnold said. "Songs like that, they really teach me that people, no matter where your place is in the world, there's so many feelings that we all share. So many emotions.

"I always tell the crowd on stage, and it's true, you know, we're all in different lanes, but we're all on the same road. ... You really find that people are really similar anywhere in the world that you go."

Whatever the mood, "We just try to write songs that people can identify with," Arnold said.

This summer, 3 Doors has booked some acoustic shows, and some traditional rock shows. It's the latter that concertgoers can expect Wednesday at Artpark.

At the Lewiston show, fans will get, "A lot more energy," Arnold said.

"We've gotten to where we move around a lot more. I think all of us have gotten (in) a little bit better shape than we used to be in, and that allows us to do that a little more (laughed).

"But it's a high-energy show. (Fans) can expect to hear all the songs that they know, and some songs that maybe they hadn't heard before."

Tickets for 3 Doors Down are available online at www.artpark.net and at the venue's box office, 450 S. Fourth St. The concert begins at 6:30 p.m. 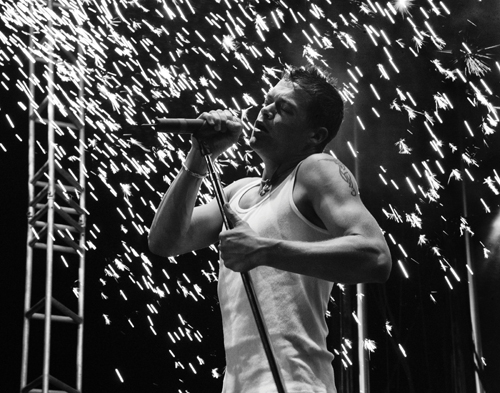