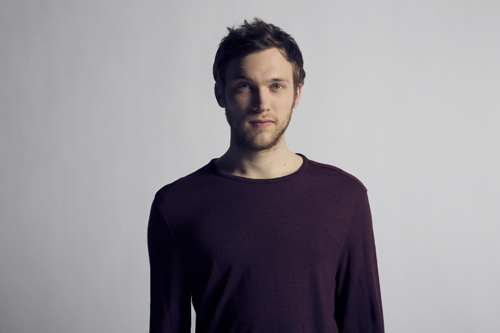 Phillip Phillips headlines the next "Wednesdays at Artpark" concert in the Village of Lewiston. (photo by Nick Walker)

A spotlight draws attention to one particular thing and, in so doing, hides everything else in sight. The beam is intended to showcase something of substance, while the darkness it penetrates conceals what's less important.

Or so we've been lead to believe.

You see, the subject of interest can be unworthy of such attention. Or, put another way, the spotlighted entity might not be the most deserving of our notice.

If we're asked to watch the solo dancer dance, what are we missing by not seeing the other dancers, or the crew working backstage, or the backdrops shifting in and out of the background? How many times have we missed a band's masterful, cohesive artistry because we were focused on the frontman?

In the case of Phillip Phillips, are we so blinded by his "American Idol" title and commercial hit song, "Home," that we're missing his talent?

For this writer, the answer was "yes."

Phillips' gifts were obscured by his pop culture achievements. The other things - the better things, such as singing ability and guitar prowess - were wrongfully veiled.

Fortunately, Phillips has taken us behind the light, which is the name of his new sophomore album, to expose what was hidden in the shadows. What we find, if we turn off the spotlight - forget about "Idol" and the song featured across television - is a singer/songwriter who is crafting authentic, anthemic, emotionally charged alt-rock songs that are just plain good.

"I feel like this album really represents me so much more than the first album, you know, lyrically and musically," Phillips said in a recent phone interview.

"All these songs have so many different meanings and, you know, musically they're definitely at another level than the first album," he said. "I think I grew a lot."

Phillips competed on and ultimately won season 11 of what was then America's top music competition. The "American Idol" team, wanting to capitalize on his newfound fame, was eager to get Phillips into a studio and on the airwaves as soon as possible.

"The first album we did in three weeks, and a lot of the songs were older songs that I had written a couple of years before 'Idol,' " he said. "It was very stressful for me, because I wanted to do right, and for people to really see who I was as a guitar player and as a songwriter. I feel like I really did a good job for the amount of time that I had.

"But for this new album, I wanted it to be even more - take it to another level with the music and lyrics. And, you know, I feel like I did that. ... I feel like it's so much more mature. And I think some people see that.

This writer, for one, has discovered Phillips has an edgy, appealing sound in his voice and his guitar work. "Behind the Light" is proof positive a "reality TV star" can transition into a legitimate artist and credible musician. It's a really fun album that is different from what we saw on "Idol" and heard in "Home."

"There's some dark songs; there's some heavier rock songs; and there's some more acoustic songs, as well," Phillips said. "I feel like it has that cool band vibe, which I always played with, even before 'Idol.' I played with several bands, and we'd just be jamming; you know, having a good time."

Fans can listen for themselves when Phillips performs as part of "Wednesdays at Artpark" July 2.

He looks forward to performing at venues such as Artpark.

"Aw, I love outdoor shows," Phillips said. "We got to play them all last year with John Mayer - all the amphitheaters. It was so awesome to get to play at all the places that I, you know, really dreamed of playing at. I love amphitheaters and outdoor shows."

"I love touring, man," he added. "I've been touring for the past, like, two years non-stop. It's been really great. It's part of what I love to do, and I want to keep doing it for as long as I can."

It's been two years and two winners since Phillips was crowned "American Idol." In the meanwhile, he's worked hard to establish himself as more than that. Still, he finds himself on the receiving end of "Idol" questions.

He could be jaded, and just refuse to answer. Instead, Phillips takes it all in stride.

"It's something I'll always be thankful for, for that stepping stone, but, you know, I kind of get like, 'Alright, it was two-and-a-half-years ago; I'm sure there's more questions that you can ask. I'm sure you can Google some of these questions that you're asking me,' " he said. "But I'm a chill guy. So I'll just answer it and repeat myself (laughs)."

Ultimately, it's been a good two years for the Leesburg, Georgia, native, who now has a spotlight firmly planted on his musical talents.

"It's been so amazing, and I'm so proud of what I've done, and thankful for all the fans and all the support, too, that I've had," Phillips said. "It's been an amazing ride."

•Click here to find and purchase "Behind the Light."