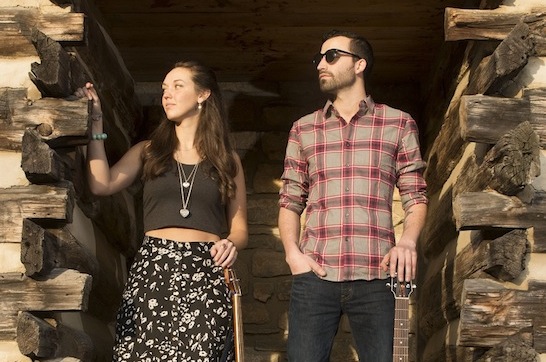 Western New York native Zack Joseph found musical success in Nashville, Tennessee, when he relocated in 2013. But he never forgot about his small town roots in Youngstown. Joseph is excited to announce one of the stops on his East Coast tour is at The Lewiston Stone House Saturday, May 17, at 7 p.m.

Expect "goofy stories about our trip," Joseph said. "It's going to be a nice, fun evening."

Joseph will perform alongside Ira Wolf of Missoula, Montana, and James Oddy of Youngstown. This will be Wolf's first time in Western New York and Joseph cannot wait to show her around the touristy areas as well as where he grew up.

Joseph graduated from Lewiston-Porter High School in 2009. He credits the school with building his musical foundation. As an active participant in many of Lew-Port's music, theater and art programs, Joseph only had good things to say in regard to his experiences there. "I really loved the music program at Lew-Port," he said. "I think it helps so much, the art department and everything. It helps you figure out who you really want to be."

After receiving his high school diploma, Joseph earned his bachelor's degree in music business at Fredonia State, where he also enrolled in cello performance coursework.

Joseph continued playing cello in Nashville, where he eventually became acquainted with many notable songwriters, including Ira Wolf, his accompanying vocal performer on tour. Joseph and Wolf describe their musical genre as folk, but distinctly different.

"We balance each other out really well. ... She does the more, like, new folk, pretty stuff. I'm a bit more honky-tonk-like-folk," he said.

Joseph recalled performing classic folk music in Lewiston and the surrounding communities with his great-aunt, cultivating his music style.

With the May release of Joseph's album "All in Time," as well as more than 20 upcoming shows, the 23-year-old performer's future looks bright.

To keep up to date on Zach Joseph and Ira Wolf's musical journey, "Like" their individual Facebook pages (www.facebook.com/zackjosephmusic and www.facebook.com/irawolfmusic). For additional information and tour dates in Buffalo as well as the surrounding areas, visit www.zackjoseph.com.

The Lewiston Stone House is located at 755 Center St., Lewiston.