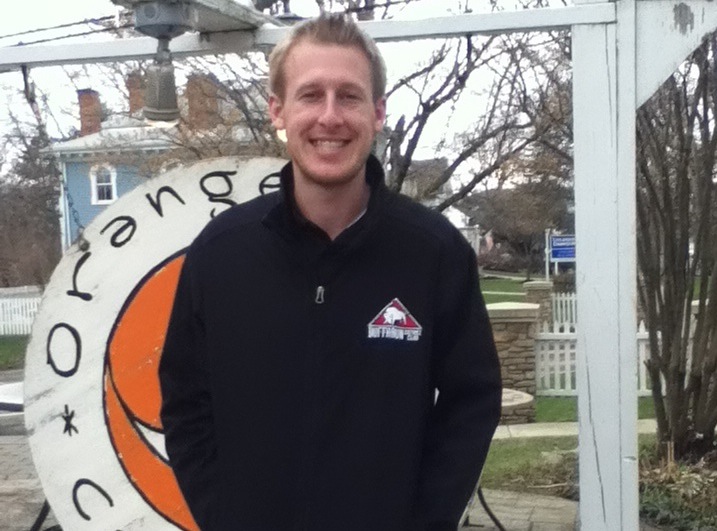 Buffarun Distance Club: 'I run because I can'

Photo and story by Carreen Schroeder

An inspiring message runs across the Buffarun Distance Club's website which reads, "I run for others. I run for my family. I run for a challenge. I run for a cure. I run because I can."

Buffarun Distance Club, Buffalo's newest racing club, is a non-profit organization founded by Corey Brown. Brown has been a soccer player and long-distance runner throughout his life. Having been awarded a long-distance scholarship to Niagara University, Brown received his masters in sports administration. Just last year, he completed the Mighty Niagara Half Marathon and the Niagara Falls International Marathon, running a total distance of 39.3 miles.

Originally from Batavia, Brown now resides in Lewiston and works in Buffalo. For Brown, running is not about how far he can go or how fast he can get there. It is about the meditative state he achieves while running. As Brown puts it, it is about achieving, "Zen and mental clarity."

As the website states, Buffarun Distance Club "promotes a healthy state of mind and body through the enjoyment of running, racing and fitness related activities." With the Buffarun Distance Club, Brown wishes to develop an all-inclusive athletic experience for anyone interested. He envisions all levels of participation from volunteers, to walkers, cyclists and runners from Youngstown all the way to Amherst, Cheektowaga, Williamsville and Buffalo.

The Buffarun Distance Club is all about encouraging people to reach their goals through building a community of support. Brown will eventually be offering a group training session once a week, to be held at various locations throughout the Niagara and Erie regions. He also intends to share a monthly "Tips and Tricks" newsletter for group members that will include information on mentorship, diet, and injury prevention and treatment.

In addition to events to be announced in the near future, the Buffarun Distance Club will be participating in the DiMino Lower Niagara Running Series this year. It begins at the end of April and runs through to October, encompassing Lewiston, Youngstown, Wilson and Olcott with 10 races in all. Brown also plans on running in the Mighty Niagara Half Marathon in September and will be posting all of Buffarun Distance Club events on their official website.

For those events in the Niagara and Erie regions where the Buffarun Distance Club is unable to race, the organization intends to volunteer its time and support to fellow runners in any way it can. Although not yet directly affiliated with any charities, Brown wishes to partner with other non-profit organizations raising funds and awareness for various causes. He encourages any and all individuals to reach out to him for more information and to learn how they can become involved.

So what are you waiting for? Get out there and run!

The Buffarun Distance Club is now accepting applications. For more information on membership, partnership and involvement, visit the website at www.Buffarun.com, send an email to [email protected], or contact Brown directly at 716-359-3907.