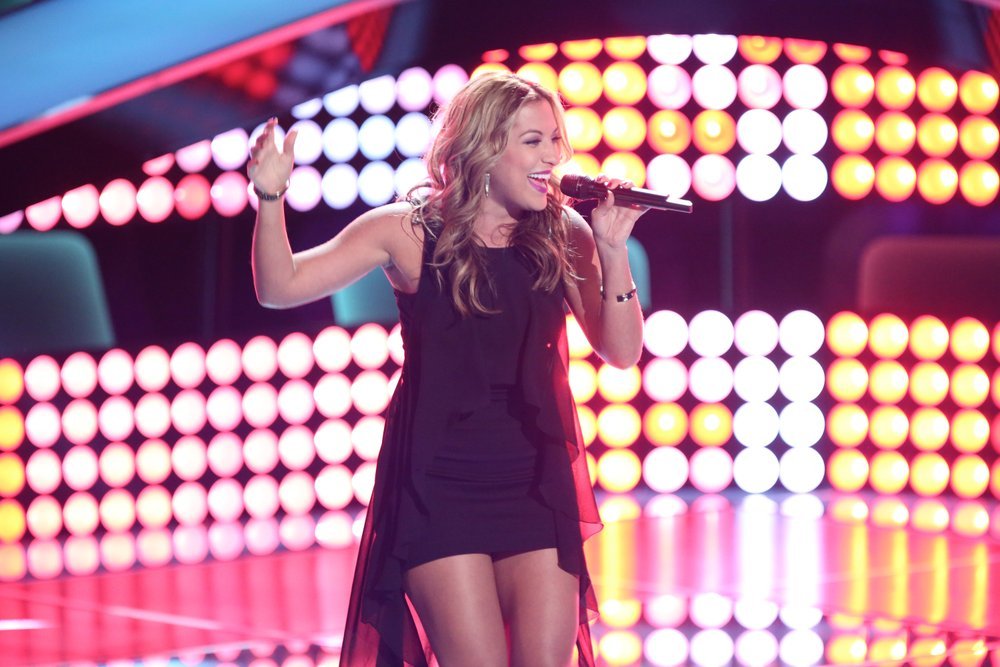 'The Voice': Versatility will be key for Melissa Jiménez, Clarissa Serna

Performing in "The Voice's" blind auditions is hard, but it's nothing compared to taking the stage for the "Battle Rounds" and the "Knockouts."

In the first round, singers can perform a song of their choice, in a genre and style of their choosing, in an attempt to sway one or more coaches. Should they find success here and advance, they'll find the tables turned in rounds two and three.

In the "Battle" and "Knockout" stages, the coaches will take these singers and place them in different, oftentimes difficult settings, forcing them to perform in a manner that will stretch them - and force them to fight for the title of "The Voice."

Many times, singers are tripped up in these rounds as they fail to adapt. They simply can't move past their comfort zones or tackle a different genre of music.

If versatility is the key to success, then singers Melissa "MJ" Jiménez, 29, and Clarissa Serna, 27, should have no problem advancing to the live rounds.

Melissa regularly performs with a 10-piece band - and she is trilingual. For her blind audition, she performed Alicia Key's "If I Ain't Got You" a-cappella, with the band, and in both English and Spanish.

"I'm so happy that you elected to start your performance a-cappella, because I got a chance to really hear the quality of your voice," Usher said.

"I thought you had a great voice," Adam Levine said. "Usher was right; a-cappella was fantastic."

"I want to be the guy that goes all the way to the end with you," Usher said.

MJ chose Usher. In a phone interview Tuesday, she said, "This show is called 'The Voice,' and they're trying to search for somebody that can take that next crown.

"As far as advantage, I'm very happy to be able to sing in actually three languages, but if my coach is willing and wanting for me to showcase that side of me, then I'm more than happy to do that. But as far as advantage, it's just an extra tool. I don't see it as an advantage or a disadvantage. So if my coach says, 'You know what, time to pull out that card,' then I will. But for right now, I just feel really blessed to be a part of the show."

Upon MJ's selection of Usher as her coach, he said, "There's many different dimensions to who she will become as an artist."

"So far it feels amazing just to watch everyone's blind audition, and I think in a way we're all - we all (feel) accomplished just to be heard and to sing in front of 'The Voice' empire, and all of the fans that watch 'The Voice,' " MJ told BTS. "So for me, I feel just amazing to say that I was able to sing on "The Voice" stage, and that was already for me an accomplishment. I can cross that off my list. But it's hoping to continue to go in the show. I just continue to grow; I hope to grow and to learn more and to build on my craft and to just continue to show America who I am, and who MJ is, and hoping that they continue to support me on this journey."

Clarissa Serna, meanwhile, has been working with young girls at a "rock camp," singing with them and teaching them about music. Between that and performing, there's not a genre or style of music she can't handle.

"You know, I was raised on a lot of different genres of music, and just kind of with an open mind towards these different genres," she said Tuesday. "And I've had the ability to sort of imitate different voices and stuff, and I think since I was a kid that was something that intrigued me, and has always been interesting to me - even imitating movie characters or whatever it might be. So I think that that's been very beneficial to me as far as my music goes, because I have the ability to sort of use my voice in different ways.

"I'm hoping that it will be beneficial to me in the show, but showing the nation that I have versatility in my voice and that it's not, like, a one-song record. I think all of us are so talented and have a lot of versatility in our voices, and I think that this is a great opportunity to show that off and share it with the world. So, hopefully, we'll be able to pull some tricks out of our pockets and share that with everybody."

Following Clarissa's somber version of The Cranberries' "Zombie," all four coaches turned their chairs in an attempt to land the talented singer.

"I was going to stay out of it, and you just beat me down with your voice," Blake Shelton said. "It kept getting stronger and stronger, and I'm getting more excited and more excited just talking about it. ... It was awesome."

"I love that song - what an intelligent choice of song," Shakira said. "I want to be your coach."

"You did a great rendition of it," Adam said. "I didn't even miss the little things that she does, you know, when she does those kind of cracky-voice. And then I thought, 'You know what? It doesn't need this,' because you have your own way of doing it, which is great.

"I just thoroughly enjoyed myself throughout the entire thing, and that's why I pressed the button."

Shakira, who likened her own strategy to that of Alexander the Great, asked Clarissa if she wanted to be coached by "a bunch of Hannibals."

Evidently, Clarissa didn't want that, as she joined Shakira's team.

" 'The Voice' is such an incredible show, and it is a big opportunity for struggling vocalists and musicians around the U.S.," Clarissa told BTS. "It's a really great opportunity for us to be seen and heard, and I think that's what we all come here to do.

"You know, I've been working really hard at this career for over 10 years. I've been passionate about it my whole life, and it's come down to an opportunity like this to really showcase what I have to the world, and to finally have that opportunity to be seen and heard, because it isn't easy. And it's hard to get on tour, and you have to have the right team and everything else to go along with it.

"And more than anything, you know, I want to kind of hone in on who I am as an artist, and sort of explore that and, you know, focus less on imitating other musicians, which we have to do as part of the show, but also to figure out what my own unique sound is, and how to sort of signify who Clarissa Serna is as a musician, a vocalist and a performer."

"The Voice" continues this Monday and Tuesday at 8 p.m. on NBC.