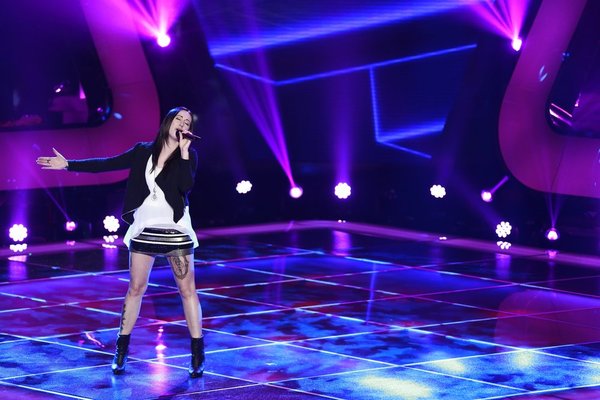 'The Voice' prepares for 'Battle'

"The Voice" enters the second stage of competition this week with the start of the "Battle Rounds." Acts from each of the four squads - "Team Adam," "Team Shakira," "Team Usher" and "Team Blake" - will be paired off and asked to perform a duet of a coach-selected song. The winner will advance, while the loser may be eliminated from the show.

The four coaches will be joined by four mentors - Hillary Scott, Sheryl Crow, Joel Madden and Pharrell Williams, respectively - as they determine which acts should continue on to the "Knockout Round."

Of the "Battle Rounds," Team Blake's Jacqui Sandell said, "We really get an opportunity to work close with our coaches.

"Most people have asked if, you know, we actually get to really work with them or if it's just for TV. But, no, they really take their time out and they really, you know, listen to our concerns, and really pay attention, and correct us, and try and make it like an amazing duet rather than a competition. And that that's going to be the greatest thing to come out of the 'Battle Rounds' is that connection that the audience is going to get to see, you know, that we make with our coach."

Team Shakira's Luke Edgemon said, "We do get one-on-one time with our coaches, we get time with our, you know, who our perspective battle partners are going to be. They really do pour it into us and work with us specifically on strengths and weaknesses that they feel they have noticed with us since the beginning of the competition.

Heading into the "Battle Rounds," each team has 12 acts. That number is set to be halved. The winning performers - and those "stolen" by the coaches - will advance to the next round.

"The Voice" airs Monday and Tuesday at 8 p.m. on NBC. For more information, visit www.nbc.com/thevoice.