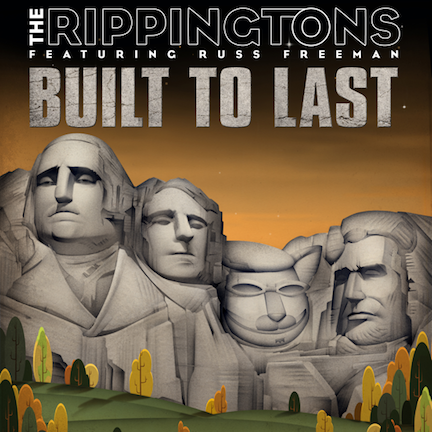 It's a good feeling to have a No. 1 record at a time when musicians are told you can't sell albums.

For Russ Freeman, it's doubly enjoyable knowing this accomplishment comes a quarter century after he formed The Rippingtons.

"It's particularly sweet this time around because we crossed the 25-year anniversary," he said. "Just to imagine that not only would we be keeping the band alive, but the fact that it's so well-received and so successful, I'm really thrilled to death."

When Freeman and The Rippingtons were crafting "Built to Last," the goal, he said, was to avoid an "archived" sound. In other words, he wanted to avoid the "same old, same old" when forging this contemporary jazz album.

"The album is kind of radically different than normal Rips albums - I mean, I don't know if there is a normal Rips album," Freeman said. "But I would say previous Rips albums. This is definitely an adventurous left turn. And I did that purposely because I felt like, if we made it this far and our fans have been this loyal, I really wanted to give them the best of everything I possibly could. Even if it went outside the wheelhouse of what The Rippingtons are known for."

"Built to Last" has been hailed as "5 stars - an amazing effort," by Brent Black of criticaljazz.com. The critic continued, "Russ Freeman has now raised the bar in contemporary jazz and this release is a must for any jazz fan!"

"I think it's really kind of a diverse path," Freeman said. "Yes, I went back to kind of my roots, but also I explored some vastly new territory for The Rips - some orchestral-sounding arrangements and different song forms and different textures and really went to a new place dynamically."

"The Rippingtons have always been known for - or at least I as a songwriter have been known for my kind of complex harmonic arrangements," Freeman continued. "It's kind of a signature sound for us. I just wanted to push the envelope and not do something that we've done before. And as I got into the record I realized, 'Well, I want to push every envelope, and just really break the rules.' And it became a liberating experience.

"So that's why I think it's so satisfying that the fans have embraced it and, really, it's probably the most critically acclaimed record we've ever done."

The response Freeman received further justified his decision to create something new.

"Since the album is so different than everything out there, that's why is was such a breath of fresh air for the fans and the critics alike," he said. "I just don't think anybody else is kind of taking the chances that we took on this record."

"I always give credit to the fans," Freeman said. "They're the ones that have driven the success of the band."

The Rippingtons perform Saturday, Sept. 29, at the Seneca Niagara Casino & Hotel's Bear's Den Showroom (3 and 8 p.m.). Freeman promises fans will receive a performance that is "a really satisfying mix," of The Rippington's catalog, with songs included from "Built to Last."

For more information, or for tickets, visithttp://www.senecaniagaracasino.com/entertainment.