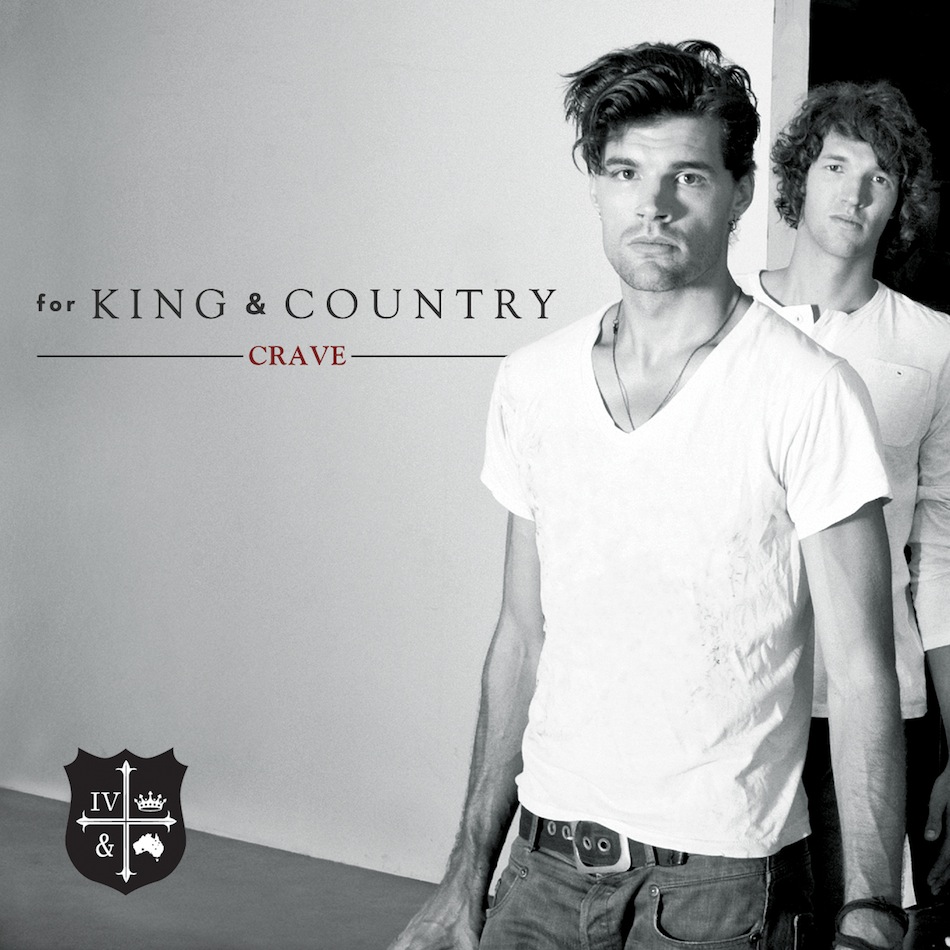 One would think for KING & COUNTRY couldn't be happier to perform at this year's Kingdom Bound music festival.

Australian brothers Luke and Joel Smallbone have their own slot on the main stage (last year they backed up their sister, Rebecca St. James), the opportunity to rub shoulders with the "Who's Who" of Christian music, and all of Darien Lake to explore while not on stage.

"I hate roller coasters with an all-out passion," Luke says. "I tell my wife ... 'Just so you're aware, I don't think going on a vacation or a day with my child to a theme park is probably in the cards!' "

Of course, this acrophobia has never stopped Luke from attending Kingdom Bound (more times than he can count), and it won't preclude him from performing with Joel Tuesday night on the PAC stage.

"For us to be able to go up there and to have our own slot, it's a cool thing," he says. "Kingdom Bound is kind of a nostalgic festival for a lot of artists because it's got a tremendous heritage. It's definitely really, really exciting for us to be able to go back there and have a little bit longer than a song or just singing background vocals."

Luke says events such as Kingdom Bound are a great opportunity to make new fans.

"The cool thing about festivals is there's so many people there," he says. "If there's x amount of people going to Kingdom Bound ... there's probably going to be a few hundred that really care about your band, or what you're doing, or came to hear you play. But the thing is, there's going to be a lot of other people there that have never really heard much about you, or may have heard a song or two on the radio, but they're like, 'Oh, I've never caught these guys live.' They're just kind of there and they watch your set.

for KING & COUNTRY recently released their debut disc, "Crave." The rock album is as good as anything produced by so-called mainstream artists, with lyrics that, while spiritual in nature, are not preachy, but honest and utterly relatable. The songs are not just radio-friendly, they're perfect for television, too (the band's songs have been featured on "The Vampire Diaries" and "Drop Dead Diva").

That the album is of such high quality is something of a surprise because, as Luke says, "Music was honestly never in the cards really for me."

He wasn't initially interested in the industry of his father, a promoter, and his sister, Christian music's most famous female singer. Luke really just wanted to play basketball. But as he grew up, "I think what changed was I truly saw, over the years, the amazing impact that music had on somebody's life."

Driving home after a hard day at work, for example, hearing the right song, with the right message, can really change a person's mood.

"(Music) impacts people," Luke says. "I want to be part of that whole business of giving people hope, and being able to share with them the stories and struggles that I've gone through to hopefully encourage them and spur them on."

Booking new bands, such as for KING & COUNTRY, is one of the changes Kingdom Bound Ministries has made for its 26th annual music festival.

"At the beginning of this year, I really felt like the scripture the Lord gave to me was from Isaiah," says Kingdom Bound Ministries Executive Director Donna Russo. "Isaiah 43:19, it says, 'Behold I will do a new thing.' I felt like that was the moving momentum. My prayer was what things does God want us to change up? What does he want us to do that is a little different?"

In addition to a new lineup of musical talent, Kingdom Bound 2012 will debut "The Edge," which will showcase new, up-and-coming artists.

Of course, the mission of Kingdom Bound remains the same: "ministry through the arts." Prior to the headline performances, a keynote speaker will address those in the PAC audience.

"We specifically asked the four keynote speakers to really be evangelistic in their outreach, and we want that to be the big ministry emphasis of the night," Russo says.

Find for KING & COUNTRY online at http://www.forkingandcountry.com."Crave" is available for purchase on iTunes and at the Warner Music Store.