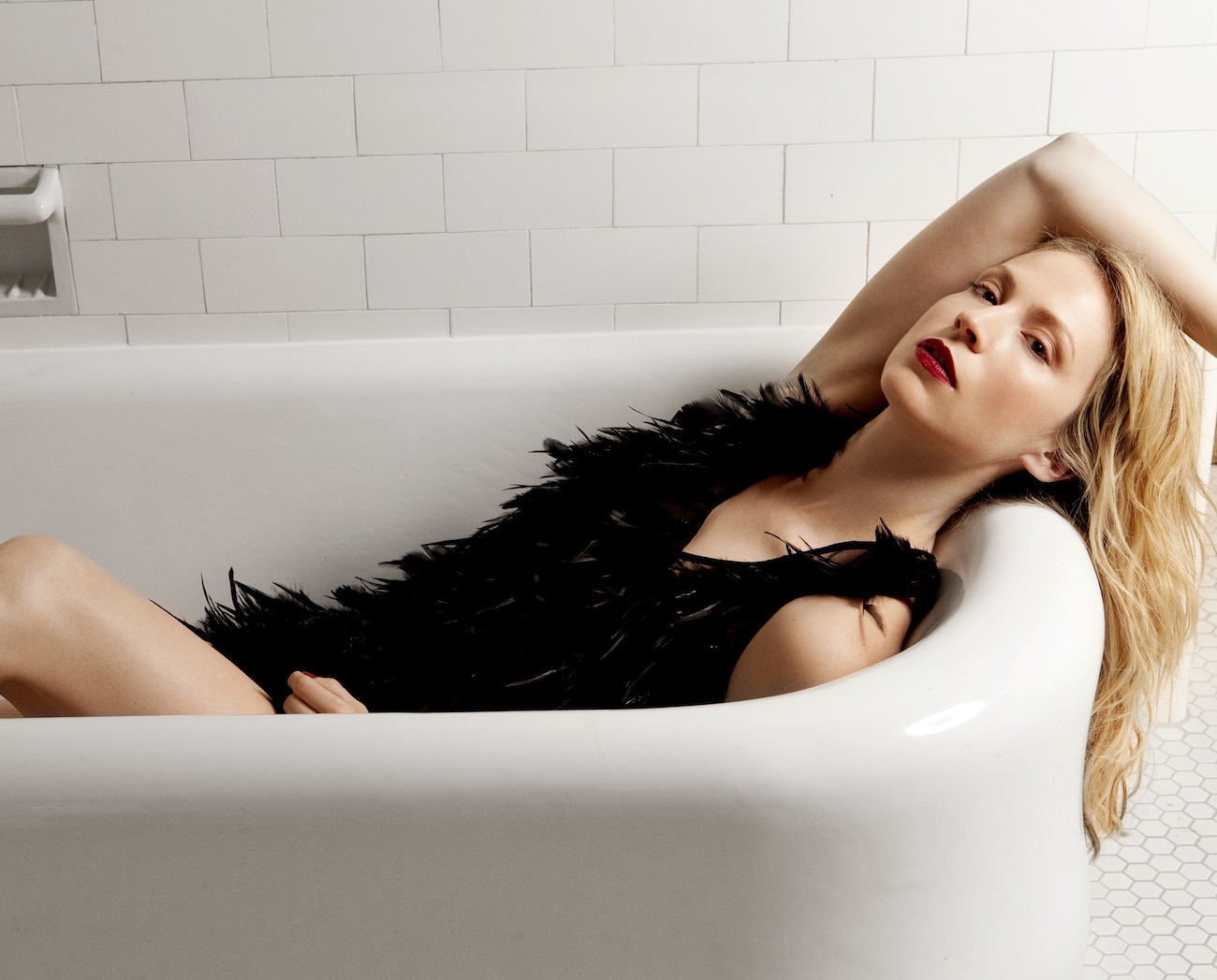 Beth Riesgraf: 'A lot of surprises' in fifth season of 'Leverage'

In each episode of "Leverage," the team of unexpected do-gooders does the impossible while fooling evildoers into submission.

Though they are, by trade, a mastermind, grifter, hacker, thief and hitter, respectively, their actions are often noble - and unpredictable. Though "Leverage" is formulaic, the story of its characters is always interesting, and the team's jobs are always fun to watch (and guess the outcome).

Now in year five, Riesgraf says the overall plotline will start to mimic the show-by-show structure. But, "There's a lot of surprises this season. I think the season finale is a real doozy. People are going to be wowed, to say the least. There's a lot of twists and turns, and we've done a couple of episodes that have been off-format. One in particular features Tim and Gina and their relationship, and you get to see some of their intimate moments and the way that they are together in a way that you don't get to see in our usual episodes. Then there's one that focuses more on the three of us - me, Hardison and Eliot - and you get to see us in action mode together, and it's really fun."

In an interesting twist this season, the audience is starting to see what the villains see each week: unexpected character transformation.

"You've seen different sides of all the characters. And people might not be used to that, because they're used to seeing us all in a certain way. But it's great, because they've let us grow and let us sort of expand, and so you get to see each of us try new things out. And because of the circumstances, it's bringing out different sides of the characters, which has been awesome for us to play," Riesgraf says.

Perhaps nothing on "Leverage" has been more unforeseen than the relationship between Hardison and Parker. He is an outgoing, romantic computer whiz. She is (or was when we first met her) an introverted, slightly off-center master thief.

As the two characters grew closer in seasons three and four, fans wondered if Parker and Hardison would actually become a legit couple.

In an amusing turn, the two matter-of-factly told the team they're dating in the season five premiere.

"We were all on the same page with that - the writers and Aldis and I," Riesgraf says. "We wanted it to be something that didn't affect the dynamic of the team, because part of why people love the show so much is because of the chemistry and the rhythm that we all have in scenes together. And, you know, messing with that would also mess with the feel of the group entirely.

"We didn't want to cause any sort of dysfunction. But at the same time we know it's going to be a little bit unique. The moments you do see them together talking about dating or the fun, intimate moments that they have, they're usually private and usually they're quirky, but they're also really sweet.

"It's unexpected a bit because, I think, in a way, people expect it to just be full-on a relationship. And some fans I've heard talk about it online are like, 'Oh, man, does it change the way that they are together?' And, you know what? It doesn't, because they are who they are, and they're never going to be like every other couple. They're not going to be going to the park and having a picnic."

Riesgraf says her hope is that fans will appreciate the new Parker-Hardison dynamic.

"It's kind of cool to see them work side-by-side and just have a moment or a look that they share, or something small that lets you know that they are very close," she says.

So, too, Riesgraf appreciates the way in which Parker has evolved. She's not the quiet loner fans saw in the first season of "Leverage."

"Yeah, it's cool. I've really enjoyed it, actually, this season," Riesgraf says. "I can honestly say I feel like I've earned the place that she's come to. I feel like the writers have given me time to develop her, and they've worked with me. Some episodes are lighter than others. She still has quirky moments, and her sense of humor is still intact. But she's been able to grow up, and it's been a lot of fun for me.

"It is a different Parker this season, in a few of the episodes, especially. I think in a good way, because if this is the end of 'Leverage,' I want people to know that she's going to be OK. And that she's going to get along just fine in the world. It might not be normal - the way someone else gets along - but for her, she's going to be OK. And I think that's the main thing that we all wanted to see with her, was that she could adjust and find the place where she felt safe enough to ... share her life with people."

"Leverage" airs Sunday at 8 p.m. on TNT. The next new episode is Aug. 5. Follow the show online at http://www.tntdrama.com/series/leverage/.