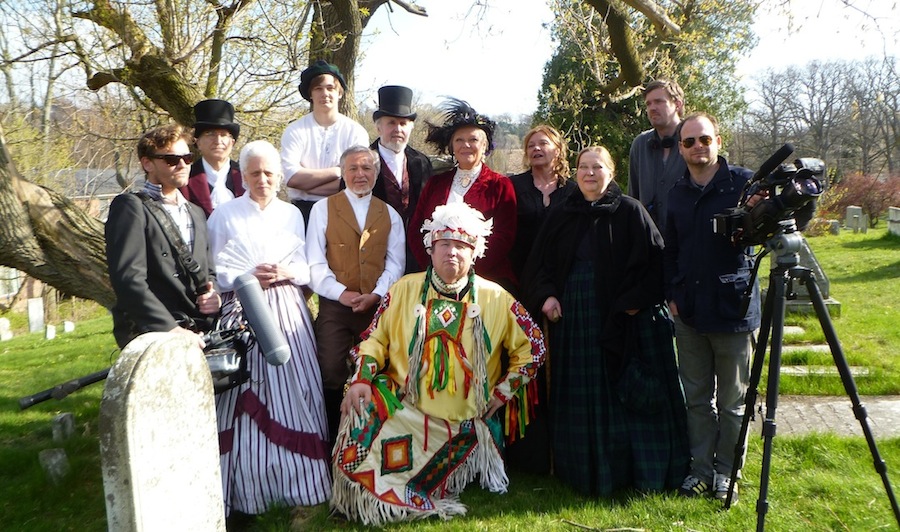 The Marble Orchard Players recently performed for the Travel Channel United Kingdom for an episode of a documentary program, "American Times," featuring New York state and specifically Niagara County. The episode is slated to air in January 2013, as the finale of the series.

The show will reach 67 million homes in 118 countries.

The filming was arranged by the Niagara Tourism & Convention Corporation.

"Marble Orchard: Spirits of 1812" is sponsored by the Niagara Falls Bridge Commission. The group's material is based upon work assisted by a grant from the Department of the Interior, National Park Service. Any opinions, findings, and conclusions or recommendations expressed in the material are those of the author(s) and do not necessarily reflect the views of the Department of the Interior.