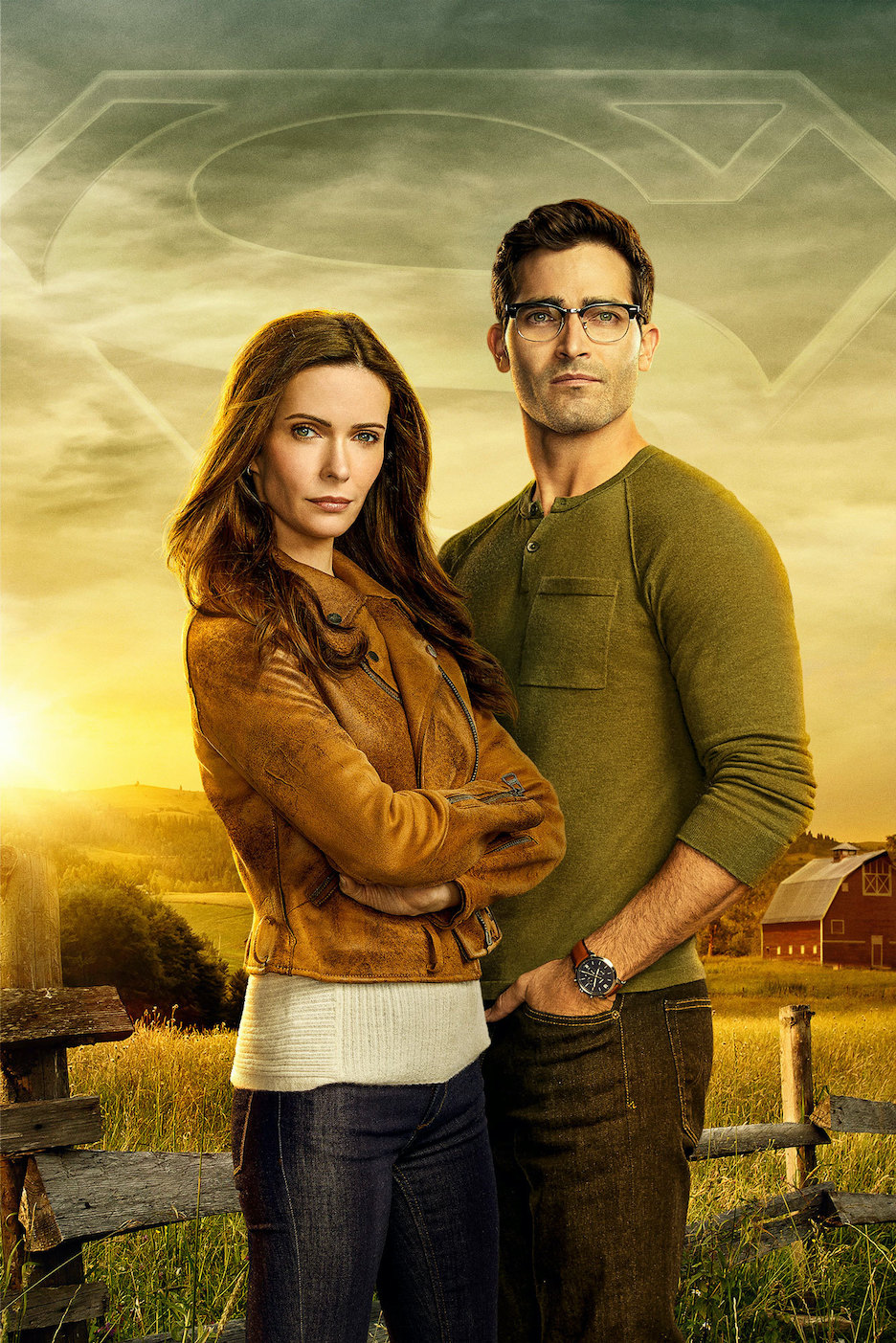 "Superman & Lois": Pictured, from left, at Bitsie Tulloch as Lois Lane and Tyler Hoechlin as Clark Kent. (The CW photo by Nino Muñoz/©2020 The CW Network LLC; all rights reserved)

“The new season of The CW’s biggest show, ‘Superman & Lois,’ alongside our most exciting new series, ‘Gotham Knights,’ will make Tuesdays a can’t-miss night of action,” said Brad Schwartz, president, entertainment, The CW Network. “With the iconic characters and gritty streets that everyone knows, fans will experience the best season yet of ‘Superman & Lois,’ and be introduced to a hunted group of crime fighters out for vengeance – following in Batman’s footsteps on ‘Gotham Knights.’ ”

In “Gotham Knights,” Batman is dead, and a powder keg has ignited Gotham City without the Dark Knight to protect it. In the wake of Bruce Wayne’s murder, his adopted son, Turner Hayes (Oscar Morgan), is framed for killing the Caped Crusader, along with the children of some of Batman’s enemies: Duela (Olivia Rose Keegan), an unpredictable fighter and skilled thief who was born in Arkham Asylum and abandoned by her father; Harper Row (Fallon Smythe), a streetwise and acerbic engineer who can fix anything; and her brother Cullen Row (Tyler DiChiara), a clever transgender teen who is tired of being polite and agreeable. With the charismatic and hard-charging District Attorney Harvey Dent (Misha Collins) and the GCPD hot on their trail, Turner will rely on allies including his best friend and formidable coder Stephanie Brown (Anna Lore), and unlikely Batman sidekick Carrie Kelley (Navia Robinson). But our knights will soon learn there is a larger, more nefarious force at work within Gotham City. This team of mismatched fugitives must band together to become its next generation of saviors known as the “Gotham Knights.”

From Berlanti Productions in association with Warner Bros. Television, “Gotham Knights” is written by Chad Fiveash, James Stoteraux and Natalie Abrams. Fiveash and Stoteraux serve as showrunners and executive produce the series alongside Greg Berlanti, Sarah Schechter and Leigh London Redman. Abrams also serves as co-executive producer. Danny Cannon directed and served as an executive producer on the pilot, along with David Madden. “Gotham Knights” is based on characters created for DC by Bob Kane with Bill Finger. 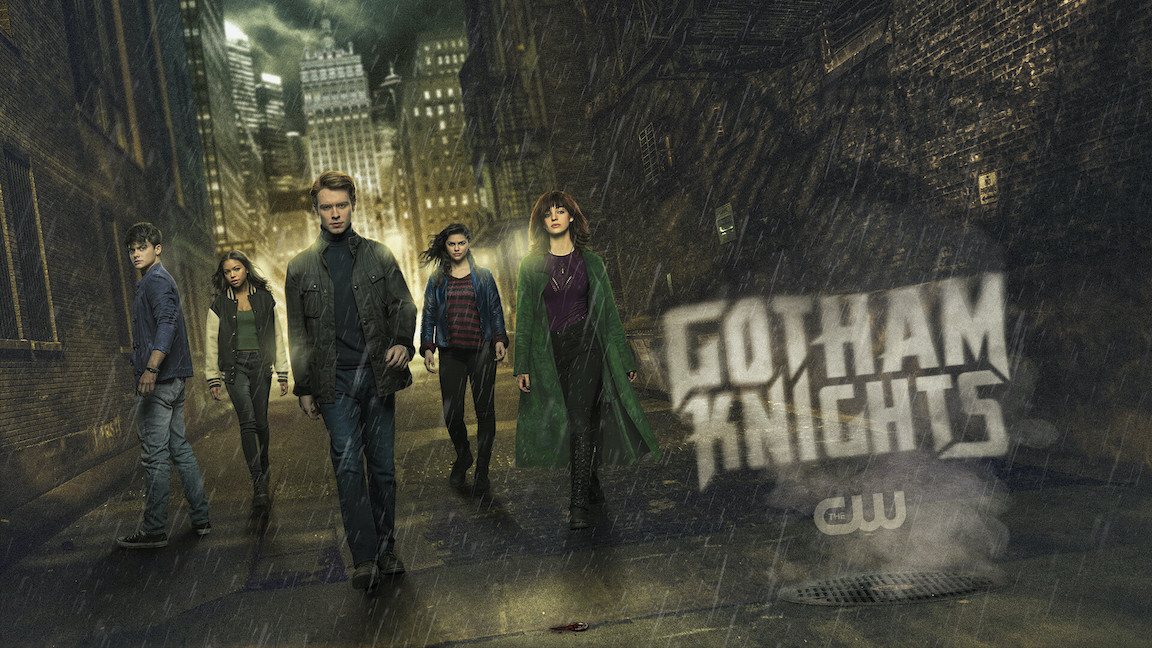 Season three of “Superman & Lois” opens weeks after Superman’s blowout defeat of Ally Allston. Clark (Tyler Hoechlin) and Lois (Elizabeth Tulloch) are now working at the Smallville Gazette together and enjoying small town life. But the Kents’ romantic bliss only shines a light on how isolating “the secret” can be, as Chrissy (Sofia Hasmik) struggles to balance a new love interest and her friendship with Lois. However, Lois’ own work-life balance is put to the test when an undercover assignment reveals a deadly foe that promises to change the Kent family forever. Superman would move heaven and earth for his family, but with a villain this merciless, even that might not be enough.

Meanwhile, the Kent boys find themselves being pulled in opposite directions as Jordan (Alex Garfin) discovers what a superhero-identity really means, and Jonathan (Michael Bishop) searches for purpose beyond the football field. Amid all this upheaval, John Henry (Wolé Parks) is haunted by his doppelgänger’s past, leading to dangerous consequences for him and Natalie (Tayler Buck). Lana Lang (Emmanuelle Chriqui) and Kyle (Erik Valdez) redefine their family post-separation, while Sarah (Inde Navarrette) explores what the future holds for her and Jordan now that she knows the truth about his powers. Having learned the hard way that no one else can be trusted to work with Superman, Gen. Samuel Lane (Dylan Walsh) reclaims his post at the Department of Defense, only to face his own conflict in working with his grandson, Jordan.

Based on the characters from DC created by Jerry Siegel and Joe Shuster, “Superman & Lois” is from Berlanti Productions in association with Warner Bros. Television, with executive producers Berlanti, Todd Helbing, Schechter, Brent Fletcher and Geoff Johns.