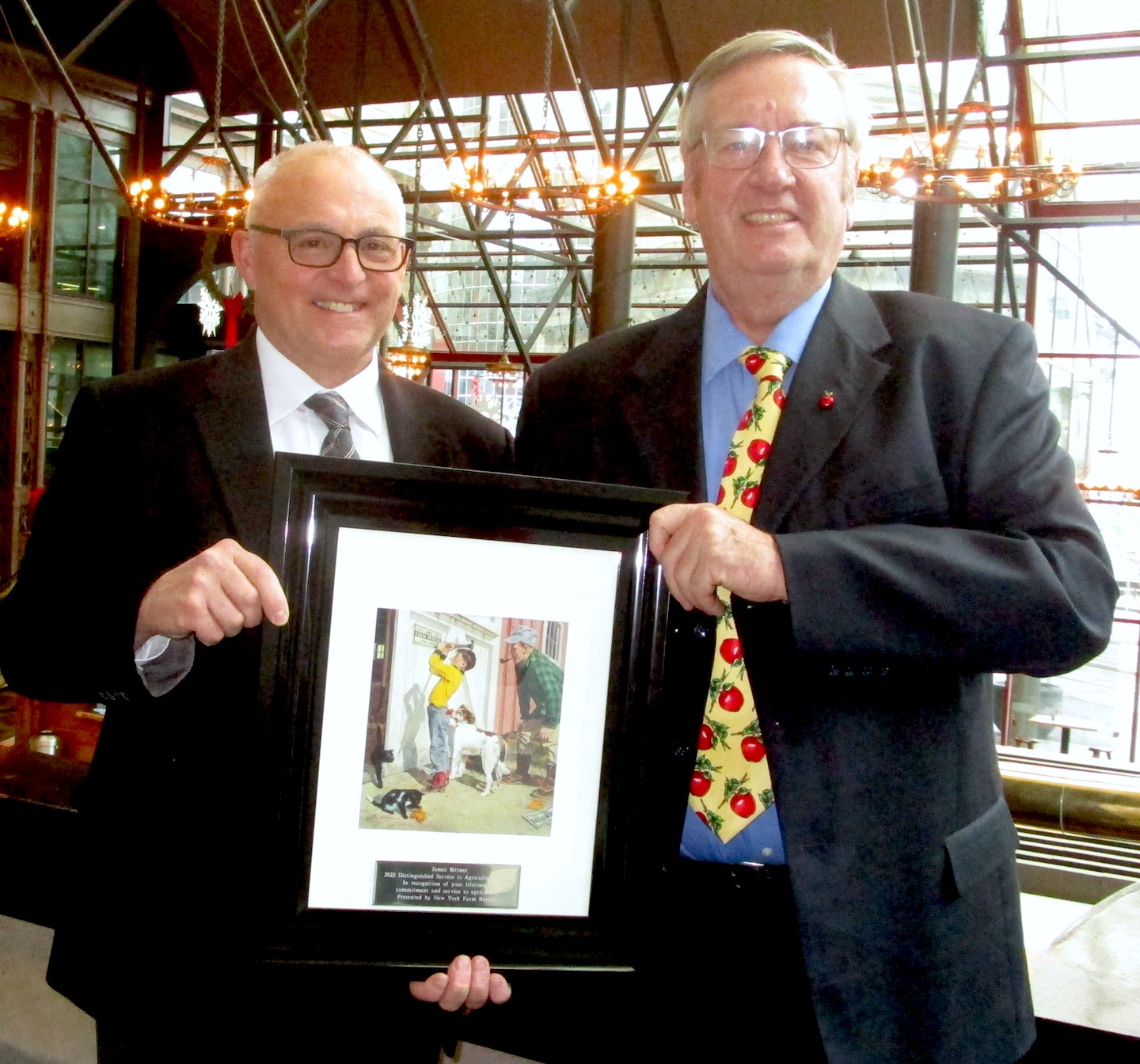 Farm Bureau President David Fisher spoke about the ways in which Bittner has been involved in this and other organizations. In addition to working on the resolutions committee and participating in the annual grassroots policymaking discussions, Bittner has served on the labor committee and fruit committees on both the state and national levels. In addition, he served as Niagara County president twice, the second time for 12 years.

Bittner has aided Farm Bureau efforts with lobbying both in Albany and Washington, D.C.; participated in numerous media interviews; and helped with Grow NY. However, Bittner’s involvement isn’t limited to Farm Bureau. He served on the New York Farm Viability Board, New York Apple Association, and the New York Horticulture Society Board. Currently, he is the director for the New York Horticulture Society, and serves on the Cornell University agriculture and life sciences dean’s advisory committee, Niagara County Soil and Water Board, and is treasurer of the Barker Lions Club.

Local farm Pete Russell praised Bittner for his “thoughtful leadership, big picture thinking and cooperative nature – his office door is always open for a discussion, is willing to loan equipment, and sometimes even his sons to run the equipment.”

Niagara County Farm Bureau President Kevin Bittner said he’s learned much from his father: “He encourages us to grow, to be involved with the community, to use all our skills to improve our farm and help those around us. Those values he instilled in us are inspiring.”

While thanking the group for this honor, Bittner credited his parents for their encouragement, his wife for her support, and all those who work to improve agriculture.