Seneca Niagara Resort & Casino announced the Native American Music Awards show, originally scheduled for this evening, has been postponed due to severe weather conditions. The show will now take place in The Bear’s Den Showroom at 7 p.m. Monday, Nov. 21.

√ Oren Lyons to be honored with a Living Legend Award

√ Shalamar’s Micki Free to be inducted into Hall of Fame 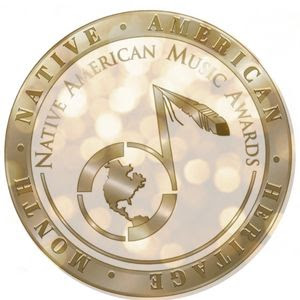 The Native American Music Awards are back and ready to celebrate and honor their most powerful voices, while also commemorating National Native American Heritage Month, on Saturday, Nov. 19, at the Seneca Niagara Resort & Casino in Niagara Falls. This will be the organization’s 20th awards event, and the first since the pandemic.

Hosting the ceremony will be actor Robert Mesa (Navajo/ Soboba), who most recently played the character James Chee, the first Indigenous doctor on “Grey's Anatomy.”

A press release explained, “The awards will proudly recognize and honor Oren Lyons as a Living Legend. Oren, who is 92, is the Faithkeeper of the Turtle Clan, Onondaga Nation. He is an artist, speaker, author and environmental activist for Indigenous peoples worldwide, and holds the title of Wisdom Keeper. He has advocated at the United Nations to recognize Indigenous rights and has addressed the United Nations General Assembly. He is also an All-American Lacrosse Hall of Famer and honorary chairman of the Haudenosaunee Nationals Lacrosse program.

“This year’s Hall of Fame inductee is Micki Free, a Grammy Award-winner and multiple Native American Music Award-winner of Comanche and Cherokee descent. Originally discovered and managed by Gene Simmons of KISS, Micki was the guitarist in the R&B sensation Shalamar, who boasted mega Platinum hit songs like ‘Dancing In The Sheets’ from the movie soundtrack ‘Footloose,’ and won a Grammy for ‘Don't Get Stopped In Beverly Hills’ from the ‘Beverly Hills Cop’ soundtrack. Micki is currently on tour supporting his latest album, ‘Turquoise Blue,’ which features members of The Santana Band, Steve Stevens of Billy Idol and Gary Clark Jr.

The press release said, “From sorrows and celebrations to protectors and protesters, this year’s nominees have embraced many issues facing tribal communities today, including missing and murdered Indigenous women, land back, climate crisis, and the devastating pandemic.”

Tickets for the awards ceremony are available on Ticketmaster.com.

Voting for the Native American Music Awards remains open to the general public until midnight on Friday, Nov. 18, at www.NAMALIVE.com. All winners will be announced live at the event.