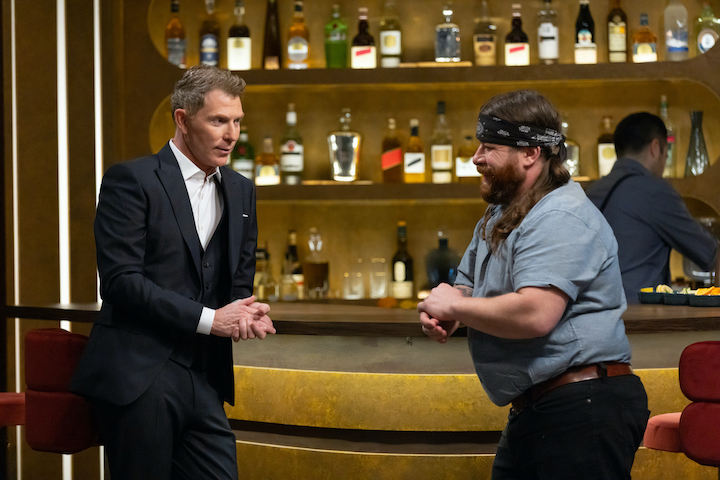 Fresh off its successful premiere on Sept. 27, the brand-new Bobby Flay series “Bobby’s Triple Threat” has already been picked up for a second season to air in 2023, it was announced by Jane Latman, president of home and food content and streaming, Warner Bros. Discovery.

Food Network stated, “In each one-hour episode, one extraordinarily talented and eager chef is challenged to go against the trio of Bobby’s handpicked culinary titans – Tiffany Derry, Michael Voltaggio and Brooke Williamson – for a chance to take home $25,000. The stakes couldn’t be higher, as Bobby celebrates and tests the most talented chefs in America. This is Bobby's game and Bobby's chefs, and there's only one rule: it's all or nothing.”

Latman said, “Our viewers embraced ‘Bobby’s Triple Threat’ right away – from episode one, we knew they loved seeing Bobby in a new master-of-ceremonies role showcasing chefs that he is passionate about. The speakeasy vibe and elite cooking rounds make this show a unique experience that our audience wants more of – and we are excited to pick up the series for another season.”

Flay said, "I am thrilled audiences have enjoyed the insanely skilled cooking that the first two weeks of ‘Bobby's Triple Threat’ have offered, and cannot wait to invite more talented chefs to join me in our speakeasy for a second season – and yes, the password will be changing."