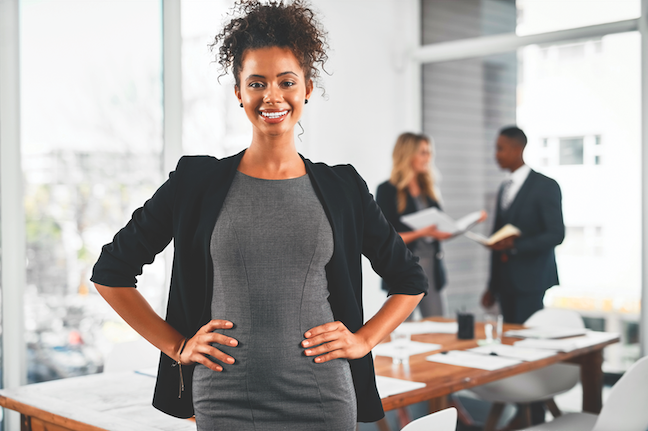 Gov. Kathy Hochul has signed a legislative package intended to strengthen New York's program to support Minority- and Women-Owned Business Enterprises. She signed the new legislation in conjunction with the state's 12th annual MWBE forum, which runs through Oct. 7.

"New York draws strength from its diversity, and it is a priority for my administration to ensure that economic opportunities are inclusive and equitable across the state," Hochul said. "For two years in a row, our nation-leading MWBE utilization rate highlights our commitment to providing the necessary tools and resources so that everyone is able to forge pathways to economic success. The continuation of New York's strong MWBE utilization rate demonstrates the state's commitment to championing greater equality of economic opportunities for MWBEs."

Legislation (A.9259-A/S.3390-A) will prevent fraud and abuse within the MWBE program and create a framework for a fund that will investigate and audit misconduct within the program.

Hochul’s team said, “A 2014 report by the New York State Supreme Court grand jury revealed more than $10 million intended for honest MWBE had instead gone to fraudulent non-MWBEs, cheating legitimate MWBEs out of contracts. This legislation will ensure the integrity of the program by creating a state MWBE registry, increasing fines for fraud, and establishing a MWBE fund to investigate misconduct.”

Assembly Majority Leader Crystal D. Peoples-Stokes said, "I am proud of New York state's nation-leading MWBE utilization rate. Ensuring the integrity of the MWBE Program is of utmost importance, and I commend Gov. Hochul for signing this legislation that will help minimize MWBE fraud, provide increased transparency, and afford opportunities for certified MWBEs."

Legislation (A.6420/S.571) will allow businesses to use funds from the Minority- and Women-Owned Business Development and Lending Program to refinance existing debt.

Hochul’s team said, “For many business owners, commercial credit cards are the first and only means to access credit, which often means high interest rates on debt. Allowing businesses to refinance that debt under one of the state's existing microloan programs could reduce interest payments to as little as $1,200, saving the business nearly $3,000 a year.”

Hochul’s team said, “The city has undertaken many efforts to address such discrimination, including setting subcontractor participation goals for MWBEs, and previously, city agencies could contract MWBEs for contracts not exceeding $500,000 from MWBEs without a formal competitive process. The new law will allow the city to raise the procurement threshold to $1 million, which will improve access to capital for MWBEs seeking to enter into city contracts.

“This legislation was a city program bill that was advanced by New York City Mayor Eric Adams.”

The theme for the 12th annual MWBE forum is "Building an Equitable Future," which highlights New York state's support of MWBE firms “to become more competitive in an ever-changing market.” This year's hybrid forum offers in-person events and online sessions that bring together MWBEs, state agencies and authorities, prime contractors, and other strategic partners for informational and networking opportunities.

Hochul’s team said, “The Division of Minority and Women's Business Development advocates for equality of economic opportunities for MWBEs, and for the elimination of barriers to their participation in state contracts. For over 20 years, the DMWBD has delivered certification and business development services to the MWBE community to ensure they have the tools needed to grow, succeed and thrive in New York state, and the DMWBD has guided and supported New York State agencies and authorities in their efforts to ensure greater inclusion of MWBEs in state contracting opportunities.

Empire State Development DMWBD Executive Vice President and Executive Director Jerome A. DuVal said, "Our state's commitment to championing greater equality of economic opportunities for our diverse, innovative and vibrant MWBE community has helped our state not only overcome the challenges of FY 2021-22, including the ongoing COVID-19 pandemic, but to build back better than ever. We are excited for the coming year, as the division continues to support Gov.'s Hochul's vision to continue to invest, and grow, New York's MWBEs through empowered programs, investments in enhanced services, and expanded services that help growth generational wealth."

New York Power Authority Interim President and CEO Justin E. Driscoll said, "At NYPA, we recognize the incredible contributions that MWBEs make toward building New York's clean energy economy. NYPA is actively strengthening its relationships with diverse businesses through training sessions, engagements, and new supplier diversity programs. We are committed to providing MWBEs with the training and education they need to grow their capacity and skills. Together we will make it easier to fulfill NYPA and Canal Corp. contracts with qualified, dynamic MWBEs."

ESD's DMWBD also issued its annual report for the 2022 fiscal year. During that time period, New York reached the highest level of certified MWBE firms in state history, with over 9,700 certified firms. The state increased regional engagement and support to expand the work and presence of MWBEs across all state regions. The report outlines these achievements. It can be found here.