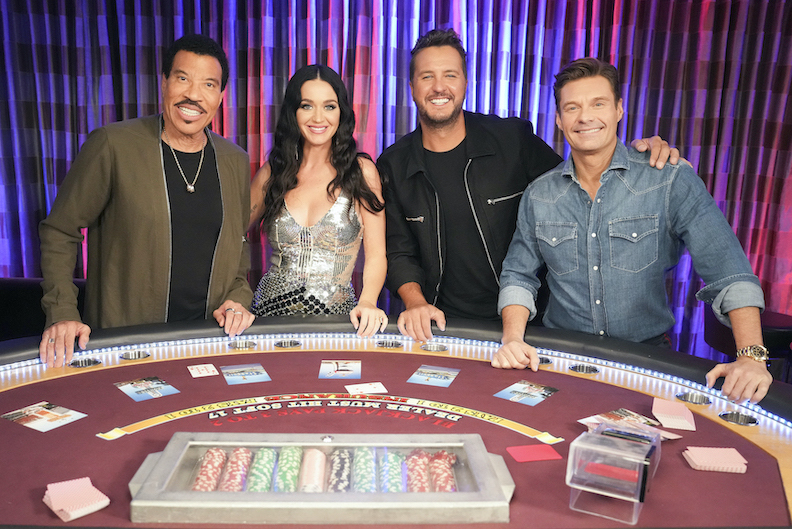 Music industry legends and all-star judges Luke Bryan, Katy Perry and Lionel Richie, along with Emmy-winning producer and host Ryan Seacrest, were on hand when ABC's "American Idol" kicked off judge city auditions for the upcoming sixth season on ABC and 21st season overall in Las Vegas on Sunday.

“Idol” hopefuls still have a chance to audition this season for their chance to become #TheNexIdol. To sign up for an “Idol Across America” open call date and sing live in front of a producer, visit www.americanidol.com/auditions.

Last season, ABC’s “American Idol” ranked as the No. 1 series in its two-hour time period for the third year in a row among adults 18-49. In addition, “American Idol” finished among the Top 3 unscripted series last season with total viewers.

"American Idol," television’s most widely recognized music competition series, will return for a sixth season on ABC in 2023. Stay tuned for a premiere date announcement.