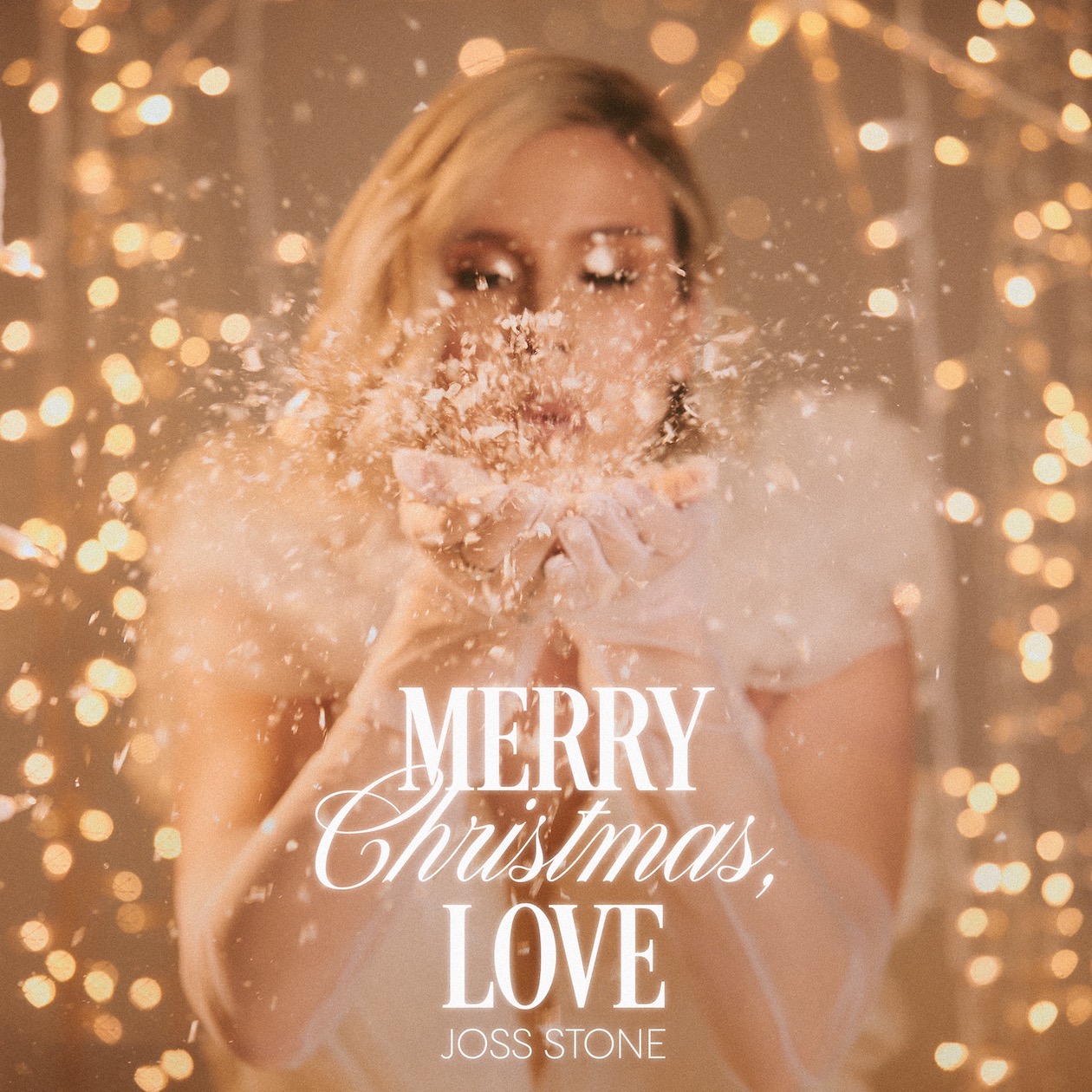 Grammy award-winning British singer and songwriter Joss Stone announced her first holiday album, “Merry Christmas, Love,” out digitally Sept. 30 via S-Curve/Hollywood Records. A physical CD release will follow on Oct. 21, and Vinyl will be available Nov. 11. To mark the occasion, Stone shared the first single from the project, the spirited Stevie Wonder classic, “What Christmas Means to Me.” The video is forthcoming.

Of the song, she said, “It really puts a smile on my face and makes me think of all the unique things that make Christmas special to me. Great lyrics by the legend that is Stevie Wonder. What a fun song to have amongst the wonder and magic of this album.”

Inspired by the likes of Frank Sinatra, Nat King Cole, Bing Crosby and Michael Bublé, the album celebrates the holiday season with 15 classic Christmas tracks, including favorites such as “Winter Wonderland,” “Let It Snow,” “Jingle Bells” and “Silent Night,” plus two new original songs written by Stone: “If You Believe” and “Bring On Christmas Day” – a track celebrating her lifetime love for the joyful holiday.

In a teaser Stone shared while working in the studio, she said, “I have thought about making a Christmas album for years; I am Christmas obsessed!”

She also enthusiastically explained the Christmas songs that she grew up listening to are covered in orchestra, which is ever present on this collection.

Recorded in Nashville where Stone is currently based, “Merry Christmas, Love” arrives just weeks before the birth of her second child, due in October. Her team said, “With songs that encourage families to sing together, the album is sure to be a staple in her growing household as well.”

Nearly two decades ago, Stone exploded on the music scene with her Platinum-selling, breakout debut “The Soul Sessions” (also on S-Curve). Since then, she has won a Grammy (plus three additional nominations), released two Platinum-certified albums, collaborated with everyone from Mick Jagger and Smokey Robinson to Raphael Saadiq and The Roots, and most recently Dave Stewart. She recently won “The Masked Singer UK” in 2021, and celebrated the 10-year anniversary for “Soul Sessions Vol. 2” this past July.

“Making this record has honestly been a dream come true,” Stone said. “It’s been years and years playing in my head, and now finally I get to hear it in reality. It seems to be very true that good things come to those who wait. All the Christmas stars have aligned and put me in the right place at the right time with the right team of people to make this music shine magic in every direction. I just hope people enjoy hearing it as much as I have making it.”

A press release said, “Armed with a powerful voice and a sound based in vintage soul, Joss Stone hit the mainstream as a teenager and has enjoyed an enduring career of unpredictable twists and turns. The Grammy and Brit-award winning singer, who has sold over 12 million albums worldwide, first earned a devoted audience at home and abroad with reinterpretations of classic soul songs and has expanded it with her songwriting chops and ability to explore styles far afield of vintage R&B, her first love.

“Over the past decade, Joss has continued to build an impressive global audience through her touring, while also continuing the great work done by The Joss Stone Foundation, which she started in 2014 and supports various charities across the world for people in need.

Joss has recently collaborated with Stewart on two solo albums, including this year’s “Never Forget My Love.”