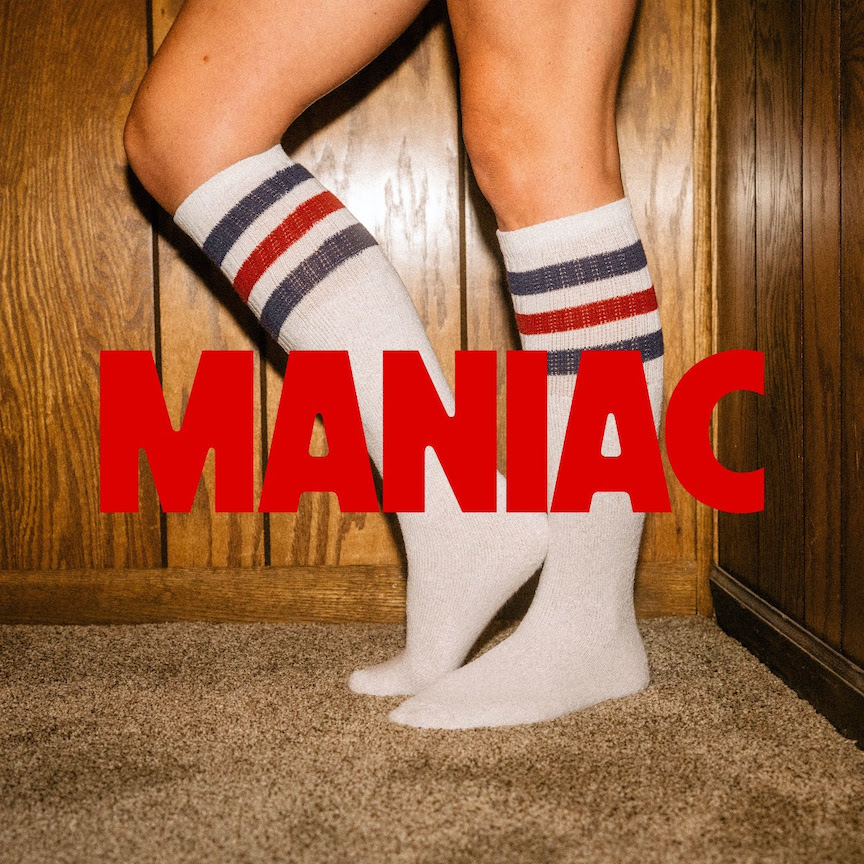 His team said, “A refreshing and welcomed dose of up-tempo indie-infused pop, produced by Ryan Lewis and Budo, ‘Maniac’ comes with an official music video, featuring a brief cameo by Nardwuar, and is directed by Jake Magraw. The video is inspired by and is an ode to the classic 1960s American entertainment shows such as ‘The Ed Sullivan Show,’ with a nod to Outkast’s classic 2003 music video for ‘Hey Ya!’ ”

Speaking about the new song, Macklemore said, “The first time I heard Windser singing the hook on ‘Maniac,’ I fell in love with it. It’s infectious and relatable, and I couldn’t get it out of my head. ‘Maniac’ is about the euphoria of a relationship that isn’t perfect, but an addictive journey of the ups and downs that make you both who you are.”

“Maniac” arrives while Macklemore’s North American stadium and arena tour with Imagine Dragons is underway. The 19-date tour kicked off Aug. 5 at Rice Eccles Stadium in Salt Lake City. It concludes in Los Angeles at the Banc of California Stadium on Sept. 15. For more information and tickets, go to www.macklemore.com.

Last month, Macklemore made his return with “Chant,” featuring Australian breakout artist and producer Tones And I. “Chant” made its morning television debut as part of “Good Morning America’s” summer concert series in Central Park. The Seattle born-and-based artist performed to hundreds of screaming fans (watch here), and teased a larger body of work and new musical era is on the horizon. Watch the full interview here. Watch the official music video here.

In other news, 2022 marks the 10-year anniversary since the release of Macklemore multiple Grammy Award-winning, chart-topping, critically acclaimed album “The Heist,” which spawned two No. 1 singles: the Diamond-certified “Thrift Shop” and multi-Platinum “Can’t Hold Us.”