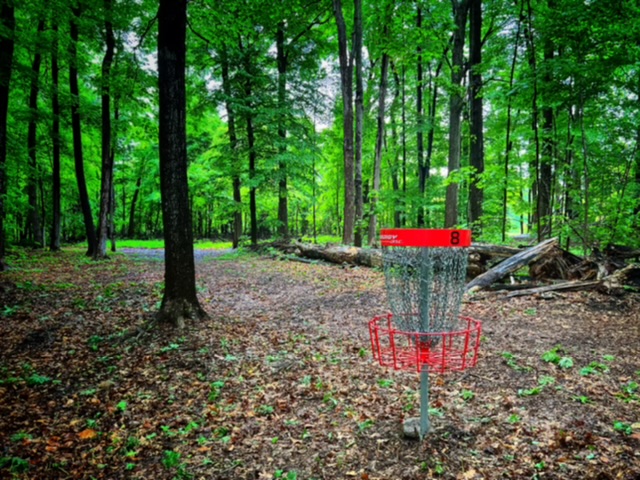 The new disc golf course that opened at the beginning of summer in Royalton Ravine Park appears to be a huge hit with Niagara County residents, according to Niagara County Legislator Mike Hill. This is the second disc course opened by Niagara County Parks, with the original located in Burmaster Park at Bond Lake.

Hill said Royalton Ravine Park, located on Gasport Road in the Town of Royalton, has long been known for its natural beauty. The park is located on 146 acres and contains several miles of nature trails, a waterfall and a fishing pond.

“Our Parks Department did a tremendous job in adding disc golf to the amenities at Royalton Ravine while maintaining its character and natural charm,” Hill said. “I have had nothing but positive feedback from the community on this addition.”

Jeff Gaston, deputy commission in charge of Niagara County Parks, said his team did much of the work to build the course. Workers were appreciative of the partnership with the Western New York Disc Golf Club, which provided assistance with course design. Gaston said they were also fortunate to have had the experience of building the course at Burmaster Park.

“The Burmaster course was recently rated as the 41st best course in the world, on the list for the second year in a row, and that was out of over 10,000 rated courses,” Gaston said. “That is a great accomplishment and something we aimed to build upon with the new course at Royalton Ravine. Based on the use we have seen since it opened, I believe it will be very successful.”

Gaston said there is no cost to play the disc golf course, but players must bring their own discs. The park is open from 7 a.m. to 9 p.m. daily.

According to the Professional Disc Golf Association, disc golf is played much like golf. Instead of a ball and clubs, though, players use a flying disc or Frisbee. The sport shares with golf the object of completing each hole in the fewest strokes (or, in the case of disc golf, fewest throws). The “hole” is disc golf is usually an elevated metal basket.