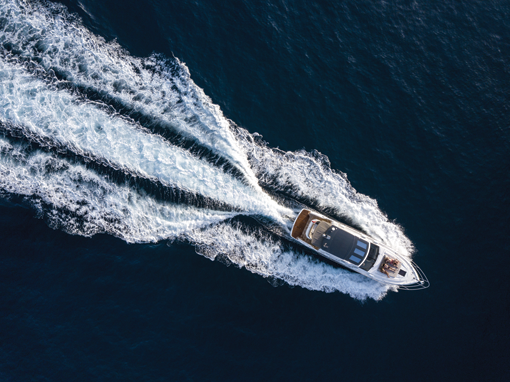 As boaters look forward to the Fourth of July holiday, thousands of law enforcement officers across the U.S. will be on heightened alert for those violating boating under the influence (BUI) laws. From July 2-4, New York State Park Police, the State Department of Environmental Conservation, New York State Police, the National Association of State Boating Law Administrators (NASBLA), the U.S. Coast Guard, along with other state and local agencies, will participate in “Operation Dry Water.”

The initiative is a year-round BUI awareness and enforcement campaign with a national weekend intended for law enforcement agencies across the country to intensify efforts on preventing incidents related to impaired boating, and to educate boaters about safe boating practices – including sober boating.

A press release noted, “Alcohol use is the leading contributing factor in recreational boater deaths. Over the course of the July 4th holiday, law enforcement agencies will work to increase public awareness of the dangers of boating under the influence for both operators and passengers, and will be making arrests under a zero-tolerance approach.”

“As we kick-off the summer season, we expect increased boating traffic on the waterways during the holiday weekend. While boating is a great recreational activity, boating under the influence is both dangerous and illegal and can lead to serious consequences including arrest, injuries and even death,” said Park Police Acting Assistant Director of Law Enforcement Michael Pavelock. “New York State Park Police wants to ensure that boaters and anyone enjoying the waterways have a safe place to spend their time. Park Police is proud to join hundreds of agencies nationwide in ‘Operation Dry Water’ to prevent incidents and fatalities related to boating under the influence, and help keep boaters safe.”

“For the fourteenth year, officers will be on the water providing heightened enforcement against boating while impaired,” said Paul Littman, New York’s boating law administrator. “This year’s ‘Operation Dry Water’ campaign is intended to heighten public awareness and education over the Fourth of July weekend, July 2-4 – a holiday known for drinking and boating, and deadly incidents.”

DEC Commissioner Basil Seggos said, “The July Fourth holiday is especially busy on New York waterways and, while we want everyone to have an enjoyable time with family and friends this weekend, safety is paramount. To ensure everyone makes it off the water safely, it’s absolutely critical that boaters remember that it’s against the law to operate a vessel under the influence of alcohol or drugs. Our environmental conservation police officers (ECO) will be out in force alongside their law enforcement partners to ensure boaters are following the law for their own protection and for all others recreating on or by the water.”

New York State Police Superintendent Kevin P. Bruen said, “While celebrating the July 4th weekend, we want to remind recreational boaters to navigate our state’s lakes, rivers and canals safely and responsibly. Boaters are encouraged to wear their life jackets, follow posted speed limits, and to not operate vessels while under the influence of alcohol or drugs. Together, with our law enforcement partners, and by boaters making the right choices, we can prevent needless tragedies on our waterways.”

The press release stated, “Boating while intoxicated or impaired by drugs is equally dangerous for the boat operator and for the boat passenger. Operating a vessel under the influence of alcohol or drugs is illegal on all bodies of water and can lead to serious injuries, death and legal consequences. Penalties for BUI include fines, jail, the impoundment of your boat and the loss of boating privileges. In New York, it is illegal to operate a vessel with a blood alcohol content (BAC) of 0.08 percent or higher. New York State Park Police remind boaters to always boat sober and to wear a life jacket when on or around the water.”

Launched in 2009, “Operation Dry Water” is an awareness and enforcement campaign with the mission of reducing the number of alcohol- and drug-related incidents and fatalities through increased recreational boater awareness and by fostering a stronger and more visible deterrent to alcohol and drug use on the water. Last year, the effort involved more than 7,500 officers across the country, resulting in about 115,000 vessel stops and more than 42,000 citations and warnings, including 638 BUI arrests.

New York also continues to phase in Brianna's Law, which requires all operators of motorized watercraft to complete a state-approved boating safety course. Adopted in 2019, the law currently requires all motorboat operators born on or after Jan. 1, 1993, to have a boating safety certificate. Failure to comply carries a potential fine of between $100 to $250.

State safety courses can be taken in person or online. Information on course availability can be found here. Visit operationdrywater.org for more information about BUI.