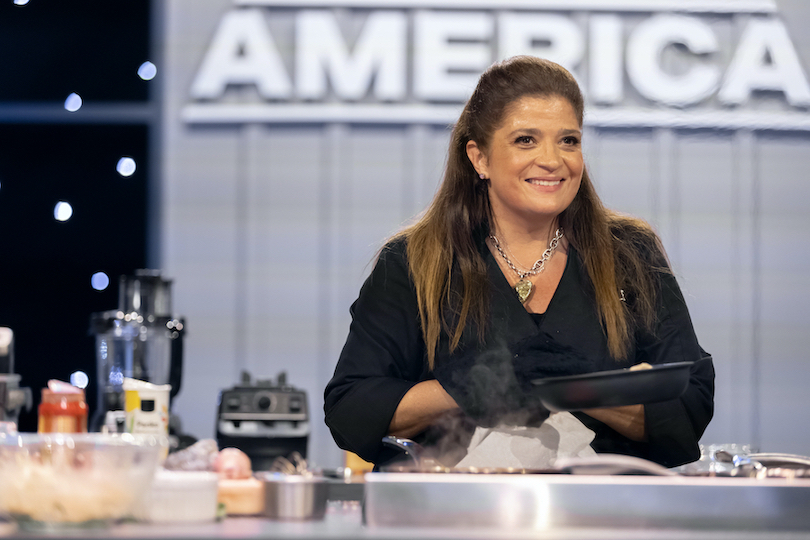 In each one-hour episode, Alex simultaneously takes on three talented and brave chefs from across the U.S. – all experts in the same culinary specialty. Acclaimed chef Eric Adjepong hosts Alex and the competitors in two rounds of challenges that put their culinary specialty skills to the test as they attempt to defeat Alex for ultimate bragging rights and a cash prize.

Will the competitors prevail at beating Alex in her own arena or will she send all the ambitious chefs home with nothing but their disappointment?

New episodes of “Alex vs America” are available to stream weekly on discovery+ beginning July 31.

“I am so excited to step back into the arena to take on a new batch of chefs from across the country,” Alex said. “These competitors are pulling out all the stops to showcase their culinary talent to try and bring me down. They have a lot on the line, but I don’t like to lose, so they better bring their A-game.”

At the start of each battle, Eric presents Alex and the competitors with the culinary theme for their dishes. In the first round, the competitors can work together to select ingredients and even decide how much time goes on the clock. Each dish undergoes a blind tasting from two judges well-versed in the episodic theme. Only the top three chefs advance to the next round, with the least successful challenger sent home, even if it is Alex.

The chef who wins the first round earns the right to select all the variables for the second culinary challenge, with the remaining chefs’ final plates determining who comes out on top.

During the season, Alex and the formidable competitors are faced with creating masterful dishes from varying culinary disciplines, including French cuisine, dessert, vegetarian and modernist cuisine.

Fans of Alex can also see how she prepares different recipes and techniques inspired by the challenges in the digital companion series, “Alex vs America Prep School.”

Go behind-the-scenes with Alex during the competition at FoodNetwork.com/AlexVsAmerica. Plus, follow along with the cooking battles on social media and check out exclusive content from Alex and Eric using #AlexVsAmerica.