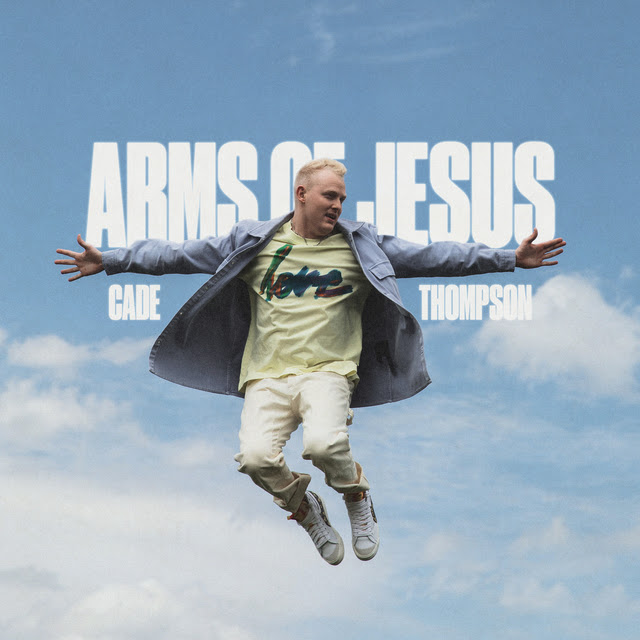 Cade Thompson falls into the 'Arms Of Jesus'

Thompson's interview with ‘Jesus Calling’ podcast is out now

Thompson, who wrote the song with A.J. Pruis (Matthew West) and Matt Armstrong (Chris Tomlin), shared, "It's more important than ever to run into the arms of Jesus. People, including myself, are facing times in their lives where they need healing or they're walking through pain or tragedy. I believe as humans we have the choice to run to the ways of this world or run and fall into the arms of Jesus – and in his arms, we can find the healing, the hope, and the strength that we need."

A press release said, “With a desire to create music that reaches people of all ages, Cade Thompson strives to bridge the gap for people to bring their struggles to Jesus, that it is in his arms alone that peace can be found.”

Thompson will share "Arms Of Jesus," along with previous releases from his 2021 album, “Bigger Story,” on tour this summer. Along with hitting numerous festivals, plans are underway for a fall tour.

The singer recently spoke with the “Jesus Calling” podcast. The interview, which just went live this week, can be heard here.

Shortly after finishing high school, Thompson moved to Nashville. Following this, he signed a record deal with Red Street Records, an independent Christian label founded by Rascal Flatts member Jay DeMarcus. In February of 2020, Thompson made waves across the Christian music community with the release of his debut single, “Provider.” In August of 2020, he earned his first Top 20 Billboard charting single, with the release of his second radio single, “Every Step of the Way.” He has shared the stage with artists such as Michael W. Smith, TobyMac, Newsboys, Crowder and We The Kingdom, and has also seen success online, where his music has earned over 35 million streams to date.

Thompson hit the ground running in 2021 with a lineup of shows across the nation, opening for some of CCM’s biggest names. Thompson’s debut album, “Bigger Story,” was released in September 2021. His next project is expected in 2023.