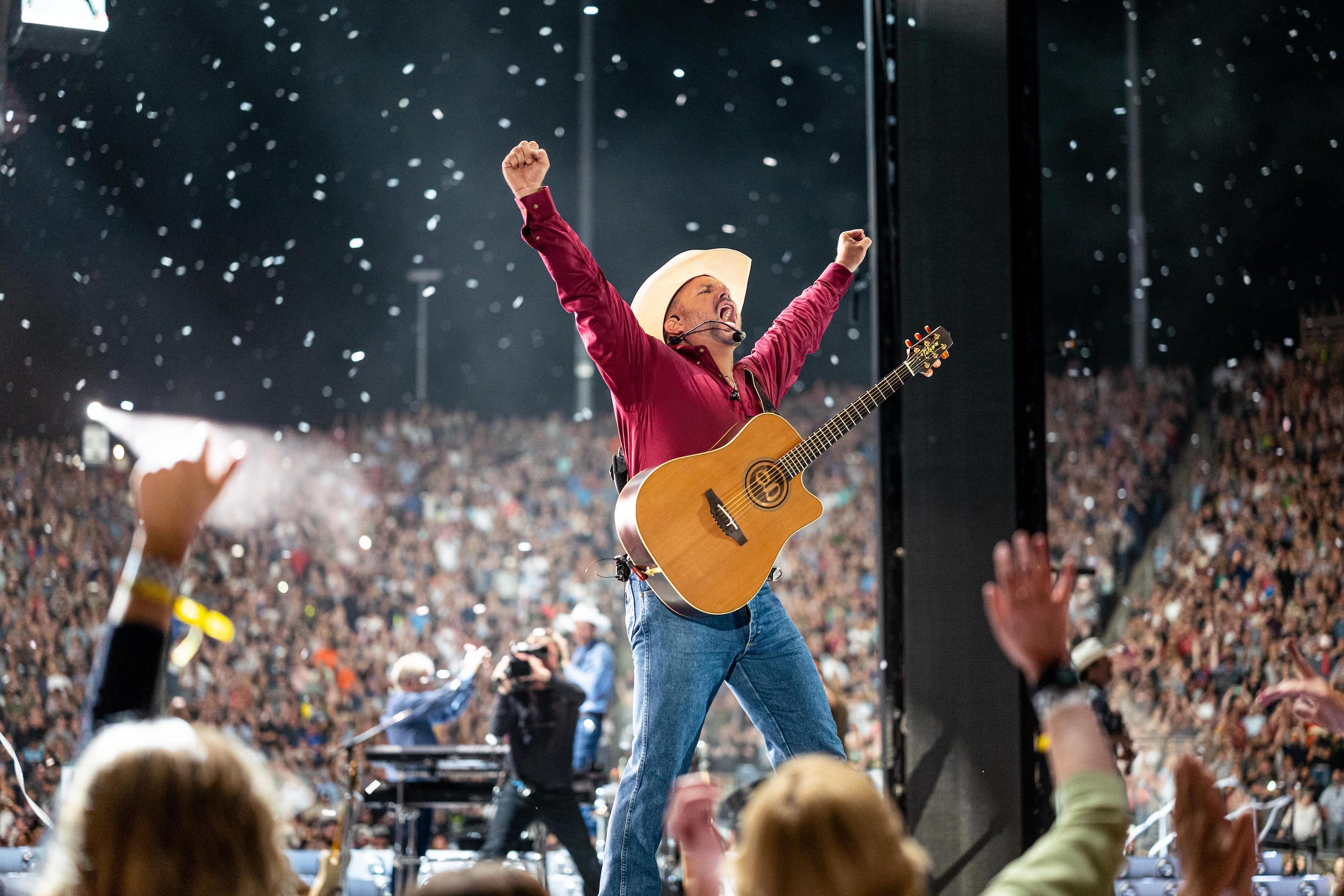 The concert is 7 p.m. Saturday, July 23, at Highmark Stadium in Orchard Park.

The concert will have in-the-round seating. There will be an eight-ticket limit per purchase.

There are only three ways to purchase tickets: at ticketmaster.com/garthbrooks; on the “Garth Brooks line” at Ticketmaster, 1-877-654-2784; or through the Ticketmaster app. There will be no ticket sales at the venue box office on Friday, June 17.

The original on-sale was canceled out of respect for the Buffalo shooting victims.

Last May, Garth was one of five artists to receive one of the most prestigious honors an artist can receive: The Kennedy Center Honor. He is the first-ever seven-time recipient of the CMA Entertainer of the Year honor, and the first and only artist in history to receive nine Diamond Awards for the now nine Diamond-certified albums (more than 10 million album sales). He remains the No. 1-selling solo artist in U.S. history, certified by the RIAA with 157 million album sales.

Last year, Garth was awarded Country Touring Artist of the Decade at the 2021 Pollstar Awards. In March 2020, he received the esteemed Library of Congress Gershwin Prize for Popular Song. The event aired on PBS. Garth has received every accolade the recording industry can bestow on an artist.

After the success of "Garth & Trisha Live!" during prime time on CBS in April 2020, CBS also aired "Garth & Trisha Live! A Holiday Concert Event" in December. Both specials featured Garth and Trisha taking song requests through Facebook, live from their studio, Allentown, in Nashville.

In November of 2019, A&E aired "Garth Brooks: The Road I'm On," over two consecutive nights. Part of the esteemed “Biography” franchise, the documentary offered an intimate look at Garth's life as a musician and father over his entire career.

In January 2020, Billboard announced Garth was the first artist to make it on the Billboard Hot Country Songs chart in the ’80s, ’90s, ’00s, ’10s and now ’20s. He debuted "Much Too Young (To Feel This Damn Old)" in 1989. With "Dive Bar," a duet he sang with Blake Shelton, he made his appearance on the list in 2020. The single inspired a “DIVE BAR Tour” to dive bars in country music capitals around the country, which will continue its run of stops through 2022.

Last year, Garth went vinyl with his meticulously curated vinyl package, “LEGACY.” This career-defining collection includes “No Fences,” “The Chase,” “In Pieces,” “Fresh Horses” and “Triple Live,” plus CDs with bonus tracks for a total of seven vinyl albums and seven CDs in each edition.

In March 2019, Garth launched “The Stadium Tour,” which has broken stadium attendance records at every stop on the tour so far. Pollstar announced at the end of last year that “The Garth Brooks Stadium Tour” was the best-selling country music tour of 2019. In 2017, Garth finished the three-and-a-half-year long “Garth Brooks World Tour with Trisha Yearwood.” The tour sold over 6.3 million tickets, making it the biggest North American tour in history and the biggest American tour in the world.

Garth also has “Inside Studio G,” a weekly Facebook Live series. It airs at 7 p.m. ET every Monday on Garth's Facebook page.