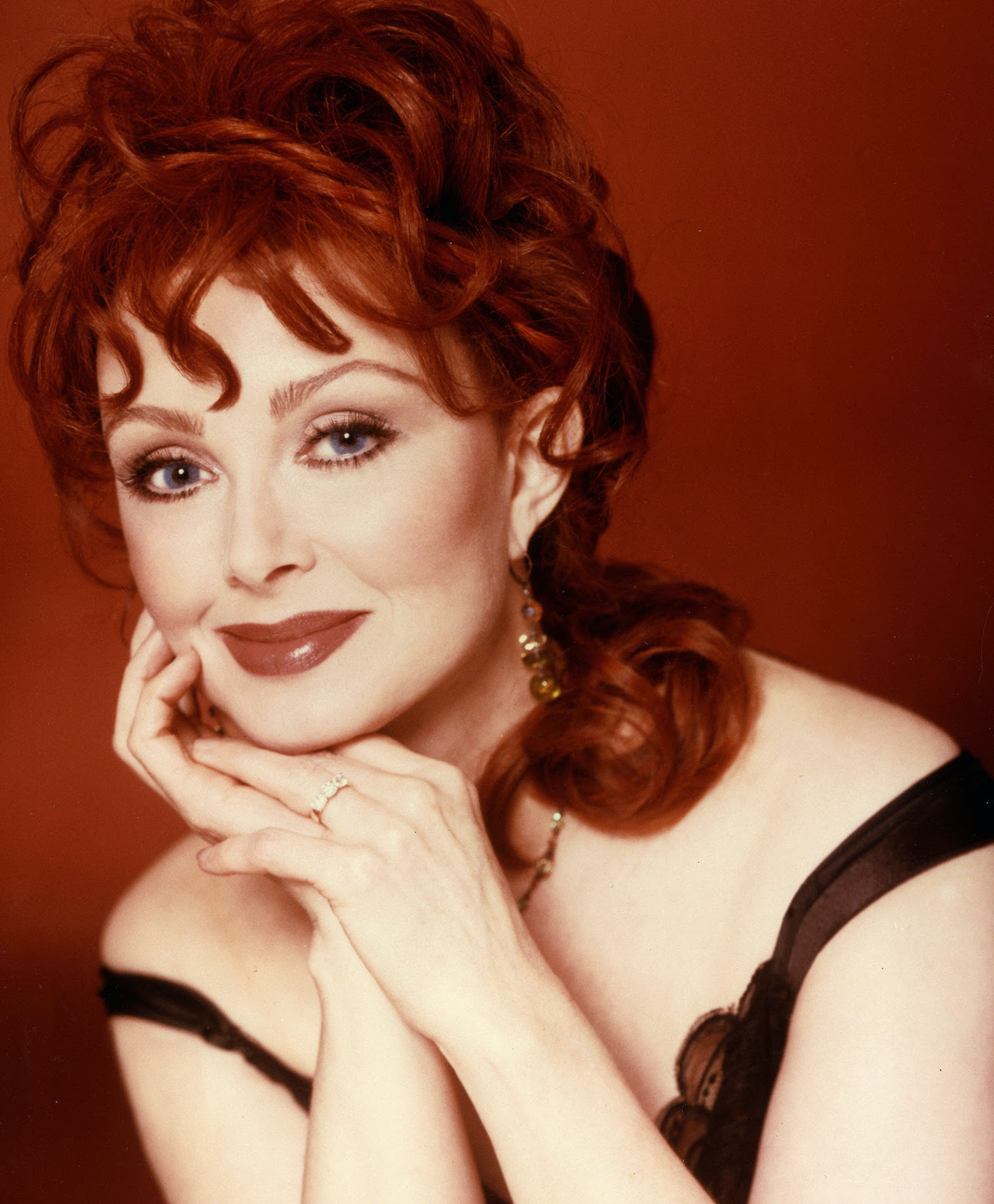 Naomi Judd passes away at age of 76

Entertainment icon Naomi Judd passed away April 30, outside of Nashville. Her husband of 32 years, Larry Strickland, will not be making any further statements. Judd’s family requested privacy during this heartbreaking time.

Hailing from the Appalachian foothills of Ashland, Kentucky, the mother and daughter duo The Judds (Naomi and Wynonna), were first discovered by RCA label head Joe Galante in 1983 after landing a spot on WSM-TV’s “The Ralph Emery Show.” They made their chart debut by the end of the year with “Had A Dream (For The Heart),” and the two were on their way to becoming one of the best-selling duos of all time.

For the rest of the 1980s, each single from The Judds released by RCA went to the Billboard​ ​Top 10, with 14 hits going all the way to No. 1. The Judds swept the CMA’s Vocal Group/Duo category from 1985 to 1991 and garnered six Grammy Awards.

The Judds embarked on their “Farewell Tour” in 1991 after Naomi’s diagnosis of hepatitis C forced her to retire from the road. Naomi focused on her health, beating the disease, and wrote several New York Times best-selling books. The duo reunited briefly in the 2000s and again to honor Kenny Rogers in the fall of 2017. They were set to regroup this year for “The Final Tour” to play a number of concerts in North America.

Recently, Naomi was promoting her new memoir, “River of Time: My Descent Into Depression and How I Emerged With Hope.” The Judds were also scheduled to be inducted into the Country Music Hall of Fame and Museum on Sunday.

"I am deeply saddened by the loss of my friend and fellow Kentuckian, Naomi Judd. Naomi was always so special to be with. She accomplished so much and she will be missed and loved forever. My prayers go out to Naomi and her family," Crystal Gayle said.

"We just heard the devastating news that Naomi Judd has gone home. The Judds are being inducted into The Country Music Hall of Fame (Sunday). This is so very sad. We have been friends for decades and have worked hundreds of shows together. Our prayers for WY and Ashley and for all that loved her … which includes the four of us!" The Oak Ridge Boys said.

"Such a sad day in country music with the loss of Naomi Judd. Her family is in my prayers," Johnny Lee said.

"Sunday was slated to be a day of celebration with the Medallion Ceremony for the Judds being officially welcomed into the Country Music Hall of Fame. … But sadly, the country music community and millions of fans around the world are mourning the loss of Naomi Judd, the matriarch of the country music duo the Judds. Our condolences go out to Wynonna, Ashley and Naomi’s husband of 32 years, Larry Strickland," said Dallas Wayne, singer/songwriter, and SiriusXM “Willie's Roadhouse” host.

"I have so many memories with Naomi Judd – from our early years on stage around the country, awards shows to recent neighborly encounters at church or around our town of Franklin. I am speechless and so sad! My prayers go out to Wynonna, Ashley, and the rest of her family. God bless you and comfort you all," Lee Greenwood said.

"So heartbroken to hear of the passing of the one and only Naomi Judd. A true living legend of country music sadly will be missed. Rest in peace Naomi Judd. Prayers for the family,” Shane Owens said.

"The first time I ever met Naomi, I was 14 years old and we were performing on ‘The Ralph Emery Show.’ Ralph lovingly called them the ‘Soap Sisters’ since Naomi made her own lye soap. She was so sweet and kind and remained so every time I was ever with her through the years. She wrote me the most precious note recently about my commercial and how much she loved my music. I will cherish it forever. I’m so deeply saddened by this loss. We were so looking forward to The Judds’ induction into the CMA Hall of Fame. The music business will never be the same. Please join us in prayer for her family’s comfort during this time," Kelly Lang said.

"It’s a sad day to hear about Naomi Judd, her creative and clever creation of The Judds image made a huge impact in country music. She will be missed greatly,” Janie Fricke said.

"So sorry to hear of the loss of a great lady in country music. Naomi was not only an amazing singer/songwriter but an author, actress, and philanthropist. She will be greatly missed. Country music is better off because she was part of it. … Godspeed Naomi!” said Heath Wright / Ricochet.

“Another great musical voice – Naomi Judd – has gone silent and left for home. I will never forget introducing her along with Wynonna on their very first network TV show appearance. I knew after introducing them that they were destined for greatness. My prayers are with her family, friends, and fans at this very sad time,” TG Sheppard said.

"Half of one country music's all-time favorite duos has left us. Prayers to Wy and family," Joey Canyon said.

"The Judds were the superstars of their time, and I knew them from the beginning when I played piano for Naomi and Wynonna on ‘The Ralph Emery Morning Show.’ Back then, Ralph called them the ‘Soap Sisters’ because Naomi made homemade lye soap and brought it to the show as gifts for us all. I knew from the beginning they were destined for greatness. I am in shock to hear of Naomi's passing on the eve of their induction into the Country Music Hall of Fame – the moment when their greatness would forever be acknowledged in the history books. To me, The Judds were always a closing act. I'm just so sorry that Naomi made the decision to bring the curtain down early. My prayers go out to her family, friends and fans," Tim Atwood said.

“Naomi Judd was a dear friend and awesome talent. She was always so sweet and kind to me. I knew her well and did dozens of shows with The Judds. They have touched millions with their music. Sheila and my hearts are broken. Please pray for the Judd family, fans and friends. Rest in peace, sweet sister. I love you!” T. Graham Brown said.

“Sad to hear the passing of Naomi Judd. Have a huge amount of respect for her work in country music and sending my condolences to her family and friends,” Ian Flanigan said.

“I am at a loss for words hearing about the passing of Naomi Judd. … She was a beautiful woman with a beautiful voice. ‘Grandpa’ is and always will be my favorite song by the Judds. Everyone, please keep her family and close friends in your prayers during this time,” Makenzie Phipps said.

"Naomi was a lovely person and this is a tragic loss. Our profound sympathy goes to Wynona and Ashley," Lacy J. Dalton said.

"I am saddened to hear of the loss of fellow Kentuckian and legend Naomi Judd. Their music traces back to my childhood when mom would sing their songs to us. Their sound was iconic and I remember so many of their hits. Naomi will forever be remembered. Prayers to Wy and Ashley + family," JD Shelburne said.

“So sad at the loss of my friend and music legend Naomi Judd. My thoughts and prayers go out to her family and friends. As a fellow Kentuckian, my hats off in honor of the legacy of music she shared with the world and the doors she opened for so many others like me,” Billy Ray Cyrus said.

“Say it isn’t so. Cannot believe my girlfriend and longtime buddy Naomi is gone. We’ve known each other for years and she always treated me with class, grace and pure kindness. I’m going to miss her so much,” Tanya Tucker said.

“I am shocked and saddened along with the rest of our country music community over the passing of Naomi Judd. I'll never forget meeting her for the first time when she was a contestant on a TV game show I was hosting. I asked her to identify herself for the audience and she said, ‘My name is Naomi Judd and I am a nurse from Franklin, Tennessee. My daughter and I sing together, and someday we hope to make it in country music.’ I was looking so forward to recalling that moment with her on Sunday when she and Wynonna were to be inducted into the Hall of Fame. She was one of a kind and will certainly be missed,” Bill Anderson said.

“Our prayers go out to Naomi’s husband, daughters, family, friends and fans. We, like everyone who knew her, are devastated by the news of her passing. We will always hold near and dear the memories of touring with The Judds and visiting with Naomi backstage at so many events through the years. May you rest in peace, Naomi,” David and Howard Bellamy said.

“I remember how kind and nice Naomi was when we worked together. She was a good person with a generous spirit toward everyone she met. I’m keeping her family in my thoughts and prayers at this difficult time,” Gene Watson said.

“I really don’t have the words right now. Naomi meant so much to me. She took me under her wing and taught me so much. She will forever be my country fairy godmother. I am so grateful for her friendship,” Meghan Linsey said.

In keeping with the wishes of the Judd family, the Medallion Ceremony proceeded Sunday with the formal induction of Eddie Bayers, Ray Charles, Pete Drake and The Judds as the 143rd, 144th, 145th and 146th members of the Country Music Hall of Fame.

"Naomi overcame incredible adversity on her way to a significant place in music history. Her triumphant life story overshadows today's tragic news. Her family has asked that we continue with The Judds' official Hall of Fame induction on Sunday. We will do so, with heavy hearts and weighted minds. Naomi and daughter Wynonna's music will endure."