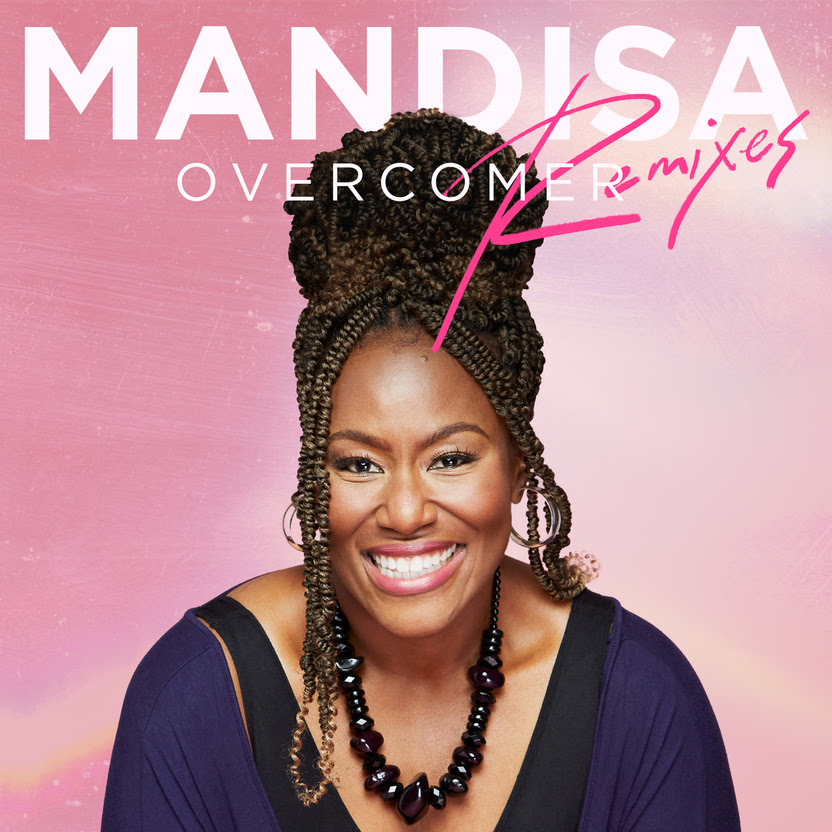 Grammy, Dove Award and two-time K-LOVE Fan Award winner Mandisa's “Overcomer: The Remixes EP” is now available across all DSPs. Lyric videos for each of the four tracks featured on the EP have also released, all of which can be seen by clicking song titles in the full track listing below:

Mandisa's latest book, “Out of the Dark: My Journey Through The Shadows To Find God’s Joy,” released last month. Featuring a song for every chapter, Mandisa curated a book playlist on Spotify that is accessible here. She discussed the personal memoir for the first time on television on “Good Morning America," followed by an appearance on “GMA3,” an exclusive excerpt on PEOPLE.com, and chats with popular podcasts including “Annie F. Down's That Sounds Fun” and “Faith & Calling” with Paula Faris.

With more than 1.6 million records sold, over 820 million global career streams, one Platinum and two Gold-certified singles, Grammy winner and “American Idol” season 5 finalist Mandisa is a voice of encouragement and truth to people facing life’s challenges all around the world.

In less than a year, Mandisa performed her three RIAA-certified Gold hit singles “Overcomer,” “Good Morning (feat. TobyMac)” and “Stronger” on “Good Morning America.” “Stronger” became an anthem, creating opportunities such as welcoming the emotional return of beloved morning host Robin Roberts and an invitation to perform the national anthem during a Sunday night NFL Network game to kick off Breast Cancer Awareness Month. Her 2013 Grammy Award-winning album “Overcomer” debuted at No. 1 on the Billboard Christian Albums Chart. The album’s title track proved to be a smash at radio and earned the Grammy for Best Contemporary Christian Music Song.

Mandisa, also a two-time K-LOVE Fan Awards co-host, debuted her latest chart-topping album, “Out Of The Dark,” alongside sharing the moving story of her fight with depression for the very first time on “GMA,” as well. The 15-track collection includes notables such as the top 5 hits “Unfinished” and “Bleed The Same (feat. TobyMac, Kirk Franklin).”

Now an advocate for mental health because of what she’s personally experienced, Mandisa also explores the often-taboo topic and how to navigate it from a Christian perspective with licensed therapist Laura Williams on AccessMore’s “Out of the Dark” podcast.