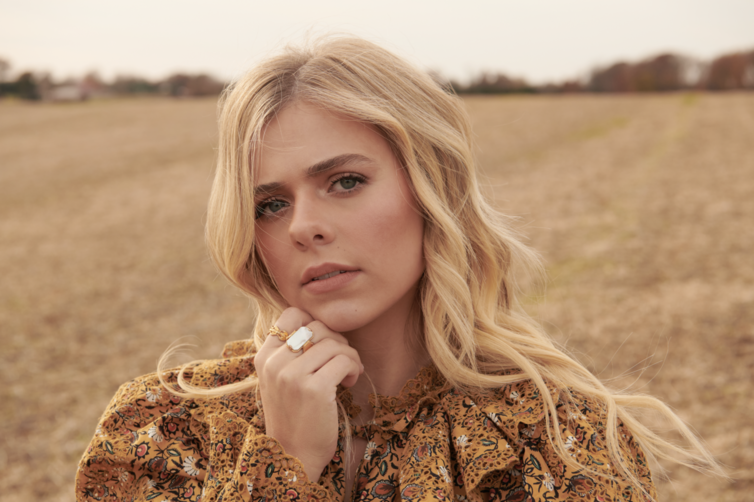 “Each song on the album, co-written with songwriting heavy-hitters like Ben Glover, Matthew West, Mia Fields, Jonathan Smith, Jeff Pardo, Emily Weisband and more, is specifically crafted – a moment-in-time snapshot of Wilson’s self-discovery as she starts on a new and unplanned path.”

Fans are invited to join Wilson for a special “My Jesus” Album launch livestream event (in partnership with KISWE) taking place on April 27 (8 p.m. ET). She will perform several songs from her new album, speaking about her album and the recording process, and answering fan questions live in the chat during the event. Tickets for the livestream event are available here.

"My debut record ‘My Jesus’ is out now,” Wilson shares. "I have spent the last two-and-a-half years writing these songs and crafting each of them. It’s been the joy of my heart to allow the Lord to work through this project and inspire these songs. I’m so excited for all the Lord will do through these songs! Beyond grateful.”

The title track recently earned Wilson her first Billboard Music Award Nomination for "Top Christian Song" for her breakout hit single, "My Jesus," at this year's awards show – making her the only female artist nominated in the category. The 2022 Billboard Music Awards will air live from the MGM Grand Garden Arena in Las Vegas on Sunday, May 15 (8 p.m. ET on NBC).

The singer’s team said, “Her soulful vocals and heartfelt lyrics have garnered the emerging artist over 170 million career streams, making her one of the most successful debut acts of 2021.

“The album is Wilson's testimony of her life’s triumphs, devastating loss, and everything in-between that has set the stage for this exciting next chapter. The standout track ‘Mamas,’ co-written with Matthew West and Jeff Pardo, is a heartfelt tearjerker about the special bond between a mother and her daughter and features Hillary Scott (Lady A).”

Fans can also continue to catch Wilson on the road as the Zach Williams tour wraps up, and she will be seen with CROWDER this summer. Visit her website for more information and tour dates: www.annewilsonofficial.com.