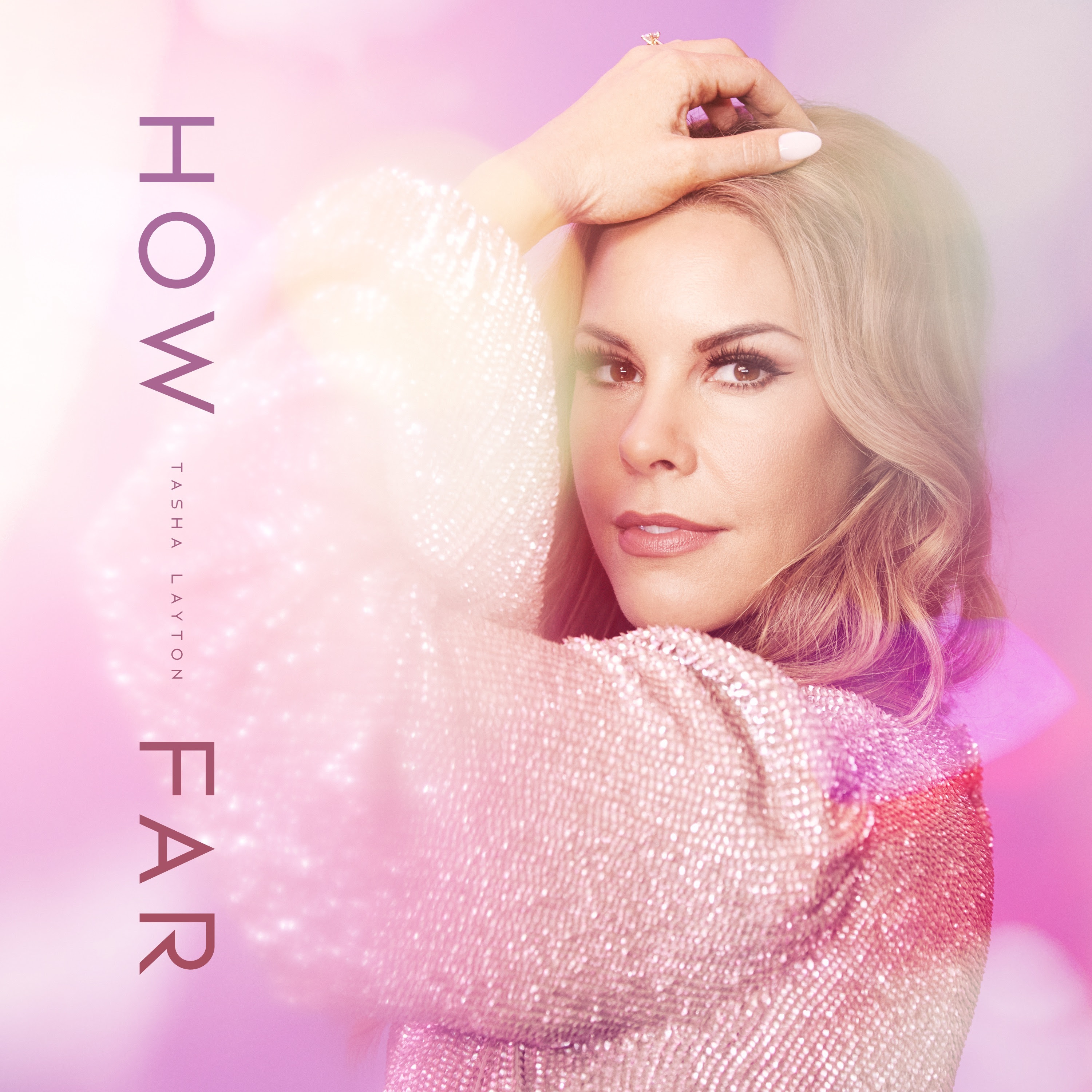 Tasha Layton's 'How Far' to release May 13

“How Far,” the long-awaited full-length debut from one of Christian music’s leading female artists, Tasha Layton, is set for release May 13 from BEC Recordings. Produced by Grammy and Dove award-winner Keith Everette Smith, the 10-song set “brims with soaring ballads and bright pop gems, putting Layton’s signature vocals front and center to extol themes of hope and encouragement.”

Anchored by Layton’s No. 1 single “Look What You’ve Done” and her 2020 breakout hit “Into the Sea (It’s Gonna Be OK),” “How Far” showcases four newly recorded selections, including the debut single and title-cut set to impact radio April 29.

The singer’s team said, “A victorious anthem of assurance that God’s grace cannot be outrun, ‘How Far’ proclaims: ‘A million miles of my mistakes still couldn’t keep Your love away/However far away I am from home/that’s how far Your love will go.’ ”

"The whole album is summed up in the message of the title track, 'How Far,' " Layton said. "It's about how God continues to reach out and pursue us even when we run from him. It was God's love for us that propelled him to give his life on the cross. Arms stretched open wide – that's how far he will go.”

Layton co-wrote nine of the project’s 10 tracks. “How Far” also features songwriting contributions from such names as Matthew West, We Are Messengers’ Darren Mulligan, Matt Hammitt, Aaron Shust, Ethan Hulse and Andrew Bergthold (We The Kingdom), among others.

Additional highlights of “How Far” include “the shimmering synth-pop opener ‘Help Me Let Go’; ‘Catch My Breath,’ a plea for respite amidst the stress of life; and a new rendition of the worship anthem ‘Joy Comes In The Morning,’ which Layton originally recorded with Franklin, Tennessee’s, Church of the City worship team.

“I didn't shy away from any hard emotions with these songs, and I really tried to lean in and hear what God had to say about each of them," Layton said of “How Far.” "My hope is that listeners feel a sense of freedom in this album, understanding that God meets us even in the darkest of hours. The album speaks to God's intimate involvement in our lives, from the mundane to the biggest moments, throughout each and every season. God is in all of those things with us. He cares; he's kind; and he's working all things out for our good."

Layton’s 2021 smash hit “Look What You’ve Done” reached the pinnacle of Billboard’s Christian Airplay chart and earned her recognition as one of the publication’s Top 5 female Christian artists of the year. She has been featured on ABC’s “GMA3: What You Need To Know,” discussing how past struggles have shaped her life and inspired her music; and Layton served as co-host of the 52nd GMA Dove Awards pre-telecast last year. Her six-song holiday EP, “This Is Christmas,” bowed in October; and her guided prayer journal, "Boundless: Moving Freedom From Your Head To Your Heart," also released last fall.

In 2020, Layton was first named one of Billboard’s Top 5 female Christian artists of the year on the heels of her breakthrough single “Into The Sea (It’s Gonna Be OK),” which was among the biggest hits at Christian radio that year. Prior to her solo career, Layton appeared on season 9 of “American Idol,” and spent four years as a back-up vocalist for pop superstar Katy Perry. A South Carolina native, her voice has been heard in productions for Disneyland and Cirque du Soleil; she has served as an instructor at the National Praise and Worship Institute at Nashville’s Trevecca Nazarene University; and Layton is featured in pro-audio company TC Helicon's book, "The Ultimate Guide to Singing."