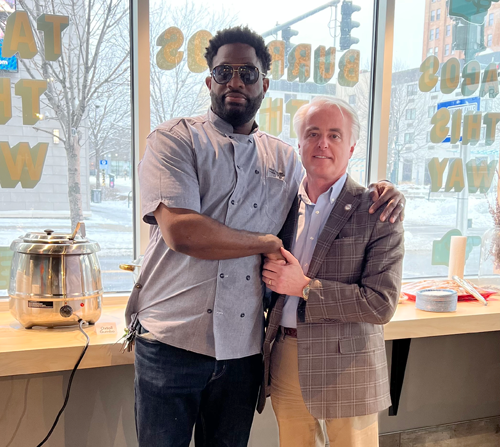 The grand opening of the new Cataract House Restaurant & Academy, at 310 Rainbow Blvd., Niagara Falls, took place Friday evening. Attendees enjoyed culinary delights that were modern twists on dishes served at the historic Cataract House, took in local art, and learned about the history and partnerships that led to this continuation of the Cataract House legacy.

“It’s great to be a part of history,” said Saladin Allah, experience center specialist and community liaison with the Heritage Center. “Just the idea of the Cataract House being brought back to life is something many people have talked about over time. To be here in this moment is an excellent opportunity.”

A press release noted, “The historic Cataract House was a world-renowned luxury hotel that became one of the most important Underground Railroad locations in the nation. Its African American wait staff led double lives as secret Underground Railroad agents, helping countless freedom seekers escape to safety in Canada.”

Anderson said, “To tell this story in a historic restaurant setting is amazing to me.”

The Cataract House Restaurant & Academy will also serve as a micro gallery, and its first featured artist is Tyshaun Tyson, whose works were on display Friday night.

“Ahead of time, it was chill and just another art exhibition; but the closer we got and the amount of people interested in this event and the things that took place behind the scenes, I got more and more excited,” Tyson said.

Event attendees could move throughout the new restaurant and its connected neighbor, the Cantina Falls restaurant, which is also run by Anderson and F-Bites.

This event was part of the Heritage Center's Black History Month, supported by M&T Bank with special support from the Niagara Falls Underground Railroad Heritage Center. 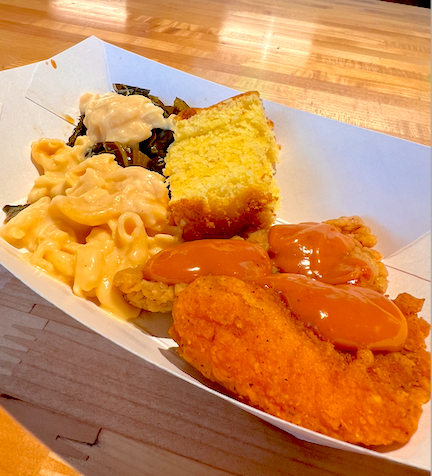 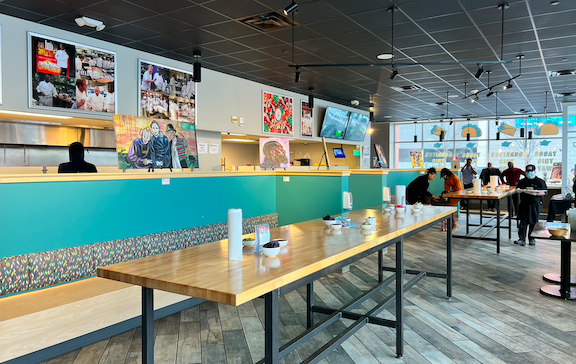 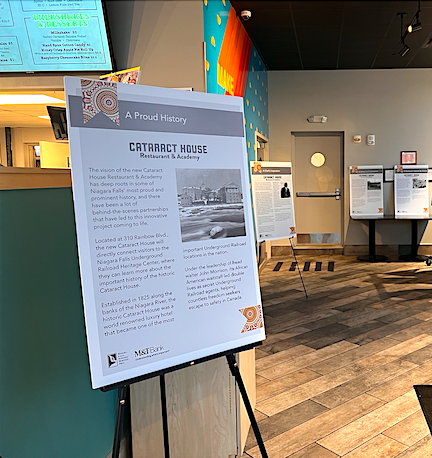 The NFNHA’s mission is to reveal authentic stories of Underground Railroad freedom seekers and abolitionists in Niagara Falls, to inspire visitors to recognize modern injustices that stem from slavery, and to take action toward an equitable society. The NFNHA is an experiential museum operating every Thursday through Sunday during the winter season. It offers self-guided tours, facilitated guided tours, school field trips, and numerous public programs throughout the year.

Founded in 2009 by Anderson, F-Bites is an organization that started as an afterschool program in the Niagara Falls City School District. It has since expanded to more than 60 institutions around Erie, Niagara and Monroe counties – including schools, community centers, city programs, detention centers and the Niagara County Jail. F-Bites’ mission is to empower youth and adults to be contributing members of society, inspiring them to plan a successful future through the execution and development of workforce skills, soft skills, hard skills and exposure to culinary art training. The organization’s long-term goal is to have a tangible change in the employment rates, employment opportunities, and the poverty rate of young people.