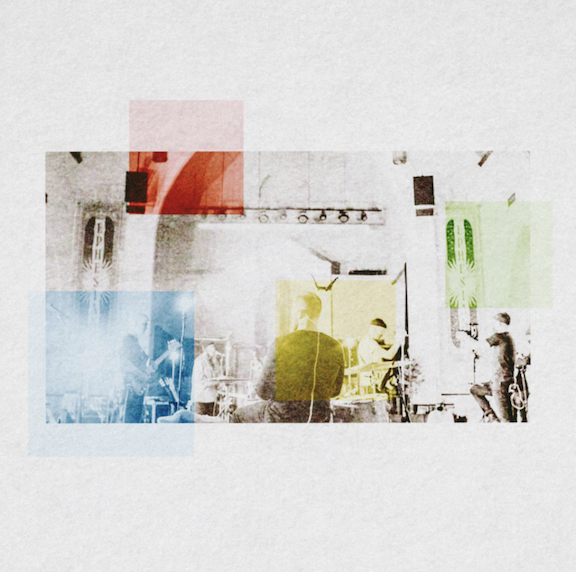 Citizens releases live album, 'The Joy of Being Together'

Integrity Music's and Running Club Records' Citizens has reimagined their GMA Dove-nominated album, “The Joy of Being,” as a live recorded album with today's release, “The Joy of Being Together.” The new album features the original tracks as well as six additional ones from previously released songs recorded live. Celebrating a decade together, Citizens recorded the album in a church near the University of Washington. See the video below for the "Only Jesus Christ" live performance from their colorful and creative recording.

"Ten years ago, we all met in Seattle in an old church building near the University of Washington," recalls Zach Bolen, frontman for Citizens. "Now a decade later, we’re back in that same place to film and record ‘The Joy of Being Together.’ A lot has happened since we first met there, namely Citizens forming, but even bigger has been the gift of lifelong friendship.

“This project is a celebration of being loved by God and being loved by one another. ‘The Joy of Being Together’ is about living fully alive in the body of Christ; being known by one another and receiving the benefits and challenges of vulnerability in stride. The pandemic created a physical barrier that made for a lot of time apart; so, in a practical sense, this record really is a lot about coming together again to do something we love."

The original studio recording, Citizens’ camp says, “captured the band's thoughts about peeling back all the distractions to find our truest and most important affirmation in the joy of being loved by God. And now as more and more are getting back together after a long time separated, they want to share these songs in a new environment capturing the joy of being together.”

Bolen says, "We were created to be together and to reflect back to one another the beauty and mystery of God as his image-bearers. We actually learn more about God through our stories and experiences than we ever could if left to just our own thoughts. Friendship is an invaluable joy."

“The Joy of Being” is nominated for Best Rock/Contemporary Album of the Year at the 52nd GMA Dove Awards. The show will be held live and in-person Oct. 19 at Allen Arena in Nashville and will air exclusively on TBN on Oct. 22.

A press release explains, “The Seattle-based band Citizens has been breaking molds since a shotgun birth in 2011. Forming just months prior to their debut EP, ‘Already Not/Yet,’ Citizens found quick endearment in the hearts and ears of people worldwide with their energetic alternative hymn arrangements. As their friendship grew, so did their storytelling. Original songs, sung out of overflowing wells of joy and dark depths of pain, began to surface and the full force of Citizens began to really take shape.

“Citizens has never just been any one thing. Over the years, they have received a welcoming embrace in a variety of genres, primarily attributed to their commitment to honesty. While every song has not always found itself in the spaces of corporate church singing, Citizens has stayed true to telling the stories of God’s grace in their lives. It’s always been about writing for more than just the Christians, but for the world to hear and know that they are loved no matter what.

“Their 2020 release, The Joy of Being, was yet another exploration through new sounds and yet the same lyrical imperative: Writing songs for the found and the lost to sing. After an unprecedented time of isolation and separation in the world, Citizens releases these songs and more in a live record, ‘The Joy of Being Together,’ to celebrate friendship and being loved by God and by one another.”