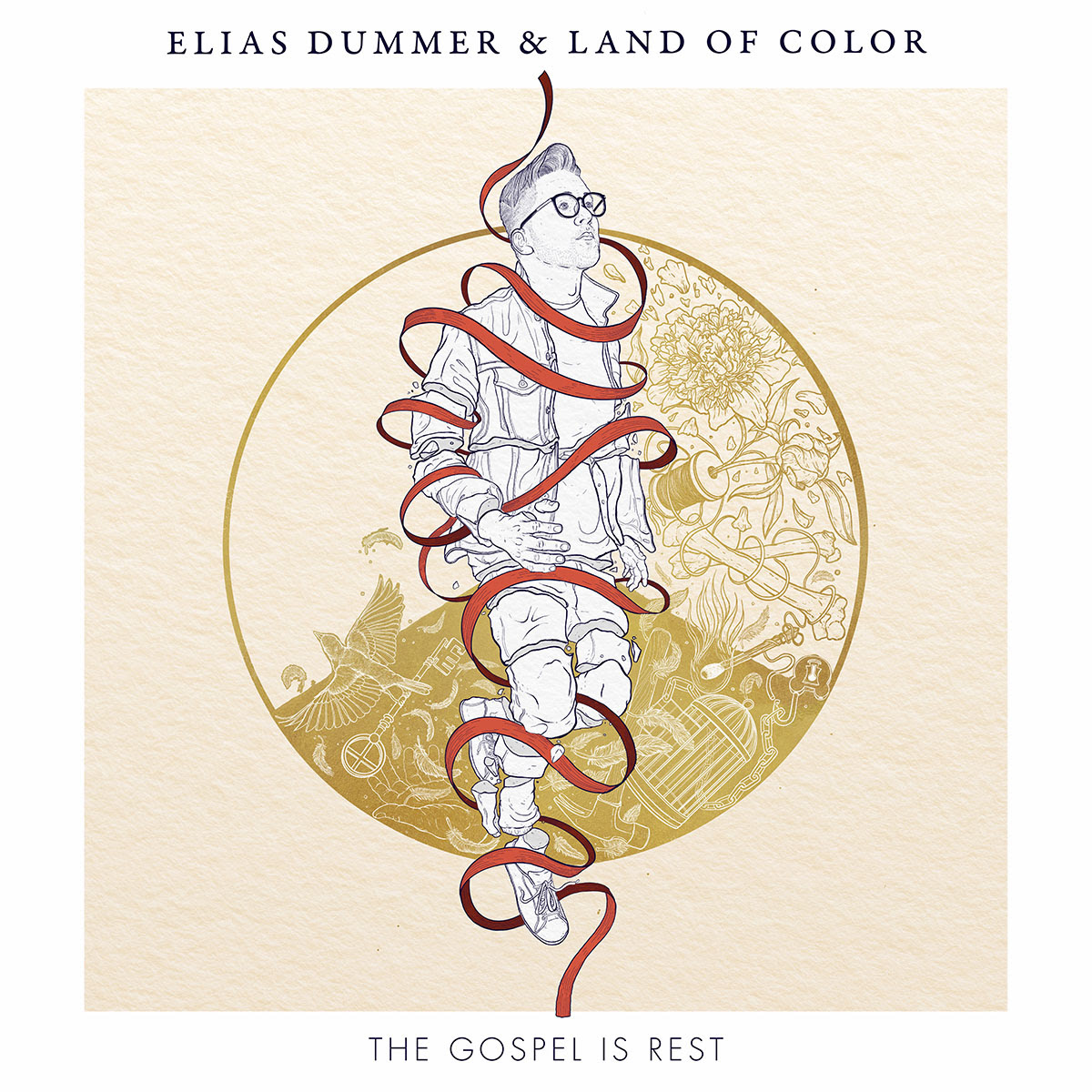 Offering a balm for weary souls in the throes of troubled times, award-winning singer/songwriter Elias Dummer bows “The Gospel Is Rest” today. Featuring acclaimed duo Land of Color, the contemplative track was penned by Dummer, Noah Hinshaw and Land of Color’s Gary Rea.

A press release stated, “Co-produced by Dummer, Land of Color and Brent Milligan (Colony House, David Crowder Band), the song’s plaintive, acoustic melody carries a heartrending plea for holy respite. ‘The Gospel Is Rest’ finds Dummer – a Juno and GMA Canada Covenant Award-winning singer/songwriter and co-founder of The City Harmonic – admitting his need for surrender: “Lord, I’ve got the world upon my shoulders/but you’ve been saying, ‘Child, put it down.’ ”

Dummer said, “Let’s face it: Many of us are tired; we’re addicted to worry; and we’ve got the weight of the world on our shoulders. If there is true rest to be had, we need it – I need it. We often act like worship is this thing filled with bravado and bluster. This isn’t that. ‘The Gospel Is Rest’ is a simple, prayerful recognition that sometimes we’re just tired people still learning to let go.”

He added, “As the world struggles through one catastrophe after another, this song has continued to hit me hard over the past year. Also, I really love Land of Color’s music, so this just seemed like the perfect opportunity to come together on something we all believe in.”

“The Gospel Is Rest” follows Dummer’s latest hit single, “Expectation.” The latter track – written by Dummer and Ben Cantelon – is currently a Top 15 hit at Canadian Christian radio and reigns as the highest-charting single by a Canadian artist. Both songs will be featured on Dummer’s forthcoming full-length studio set.

Dummer co-founded and fronted one of Canada’s most acclaimed worship bands, The City Harmonic. As the group's principal songwriter, he helped pen such hits as “Holy (Wedding Day)” and “Mountaintop,” as well as “Manifesto,” which served as the theme song for 2011’s National Day of Prayer and was the walkup music for Major League Baseball player Seth Smith. The City Harmonic earned 12 GMA Canada Covenant Awards and a Juno Award (Canada’s Grammy equivalent), before disbanding in 2017.

Dummer released his solo debut, “The Work Vol. I,” in 2019 and was named Breakthrough Artist of the Year at the 2020 Covenant Awards. In addition, his debut single, “Enough,” spent 26 weeks on Billboard’s Christian Airplay chart. With more than 65 million lifetime streams to date, Dummer's music – both as a solo artist and with The City Harmonic – appeared on charts in more than 30 countries around the world in 2020 alone.