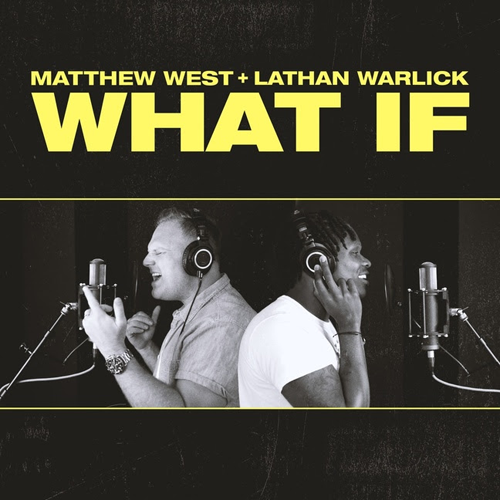 'What If' Matthew West & Lathan Warlick partnered up to record a duet?

Matthew West, a multi-award-winning songwriter and artist, has just dropped a new version of his hit single "What If" as a duet with multi-genre artist Lathan Warlick. A lyric video was also released and can be viewed below.

“I’ve become such a fan of Lathan!" West shares. "His talent is as unique as his story and I was blown away by what he brought to 'What If.' I can’t wait for the world to hear this new version!”

Quickly becoming friends, West also welcomes Warlick as his latest guest on “The Matthew West Podcast,” now in its second year. Set to air as the second episode, the podcast is celebrating its one-year anniversary as well as 1 million downloads.

The original version of "What If," found on West's latest release, “Brand New,” is currently rising at radio and has been its top-testing song for the past six weeks. West has also co-written three additional songs currently in the top 20: Casting Crowns' "Scars In Heaven," "My Jesus" from Anne Wilson, and "Look What You've Done" by Tasha Layton.

West is a five-time Grammy Award nominee, a multiple ASCAP Christian Music Songwriter/Artist of the Year winner, and a 2018 GMA Dove Award Songwriter of the Year (Artist) recipient who has two RIAA Gold-certified and a RIAA Platinum-certified singles. He has received an American Music Award, a Billboard Music Award, a K-LOVE Fan Award, and was named Billboard’s Hot Christian Songwriter of the Year. West also received a Primetime Emmy Award nomination for Original Music & Lyrics for the title track for the feature film “The Heart of Christmas.”

It was last month when the singer, songwriter and artist announced the release of his “Brand New Deluxe Edition” (Story House Collective/Provident Label Group). Encompassing 32 tracks, which includes live and acoustic versions along with the originals from the “Brand New” album, the deluxe version also offers West's individually released songs from the past year: "Take Heart," "Quarantine Life," and his duet with CMA Awards winner and three-time ACM Awards nominee Carly Pearce for "Truth Be Told." An exclusive “Brand New Deluxe Edition” through Apple Music also dropped last month, a specialized version including an additional 20 videos along with the 32 audio, live and acoustic tracks. “Brand New,” which originally released last year, has already produced two back-to-back No. 1 radio singles, "The God Who Stays" and "Truth Be Told." 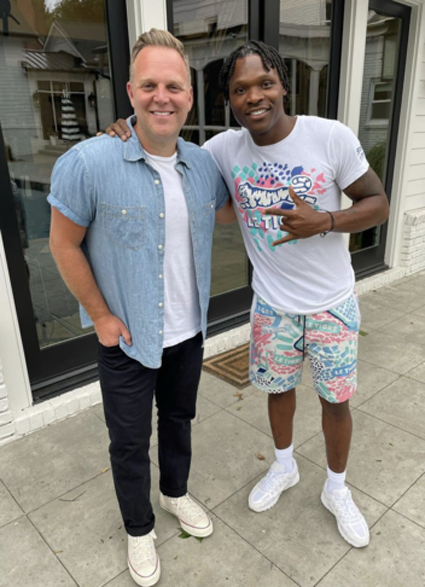 In addition to his own recording career, West has more than 130 songwriting credits to his name, including cuts by Rascal Flatts, Scotty McCreery, Michael W. Smith, Amy Grant, Mandisa and Danny Gokey, along with back-to-back No. 1 songs by Casting Crowns including their single, "Nobody," which features West. He was also nominated for a Grammy Award in 2019 for Casting Crowns' song, "Only Jesus," as a songwriter. West co-wrote Jeremy Camp's multi-week No. 1 song, "Keep Me In The Moment."

Adding author to his list of accolades, West has written five books to date: “Give This Christmas Away,” “The Story Of Your Life,” “Forgiveness,” “Today Is Day One” and “Hello, My Name Is.”

He is passionate about providing hope and healing through the power of prayer and story. Along with his father, Pastor Joe West, they founded POPWE, a nonprofit ministry helping others to craft, share and live a more meaningful life. Visit popwe.org for more information. For all things Matthew, visit MatthewWest.com.